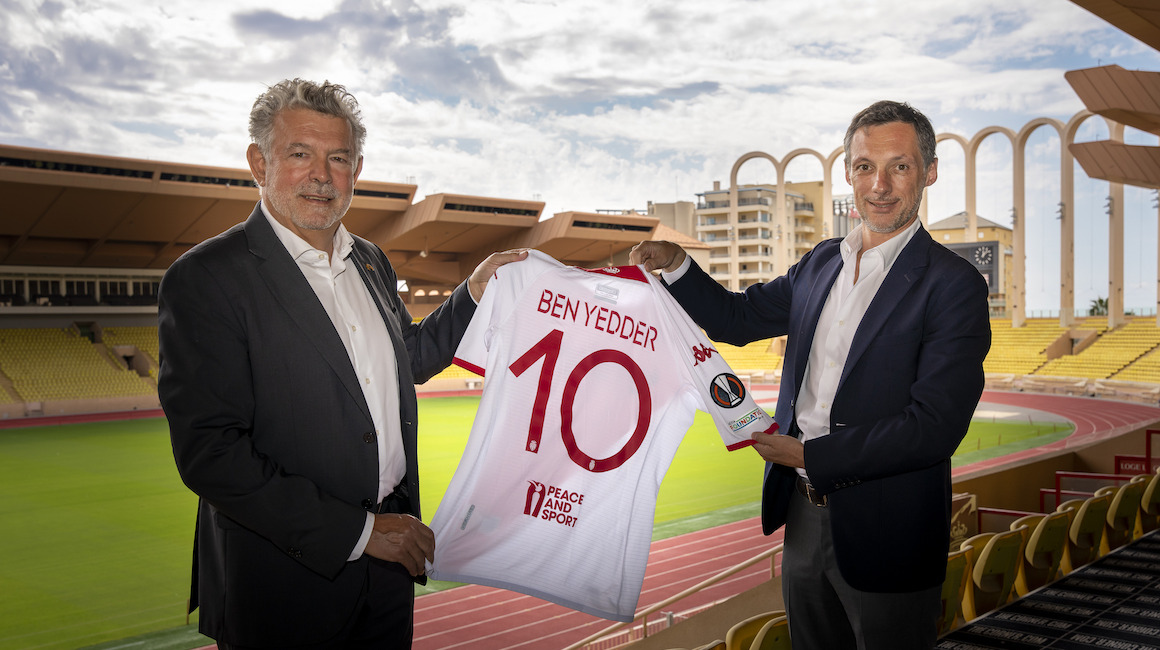 eToro extends its partnership with AS Monaco into European competition
AS Monaco and Peace and Sport are pleased to announce their partnership. This season, the international organization, which uses sport as an instrument of peace in the world, will be displayed on the back of the Monaco team's jersey in the European Cup.

AS Monaco’s players will be accompanied on the pitch by Peace and Sport as they start their Europa League campaign on Thursday 8 September. The international organization, which is celebrating its 15th anniversary this year, will be visible on the back of Philippe Clement’s men’s shirts during their European matches this season.

AS Monaco aims to spread the message of Peace and Sport and its values throughout Europe during a campaign that it hopes will be as long as possible; and to take advantage of the possibility offered by UEFA to feature a charity on the jerseys of clubs competing in European play.

In addition, various awareness-raising activities will be carried out at the Academy with young Monegasque players. As a symbol of the two entities’ desire to move forward hand in hand, Mamadou Coulibaly, a member of the reserves who signed his first professional contract in May, has been named “Junior Champion for Peace” ambassador by Peace and Sport and will represent the values shared by the international organization and his training club.

The last #JuniorChampionforPeace is Mamadou Coulibaly, a talented midfielder of the @AS Monaco. He will support Peace and Sport’s actions and promote sport’s positive values in Monaco and beyond.

A historical link with Peace and Sport

AS Monaco will also take part in some of Peace and Sport’s initiatives, such as its annual International Forum, and will be involved in the organization’s on-pitch programs. Finally, AS Monaco and the international organization will create synergies by making their resources, networks and communication platforms mutually available.

This partnership dates to the 2008/2009 season: François Modesto, Diego Perez, Alejandro Alonso, Nicolas Nkoulou, Chu-Young Park and their teammates had already worn the Peace and Sport logo on the chest of their jersey. Since then, the two entities have regularly collaborated together. 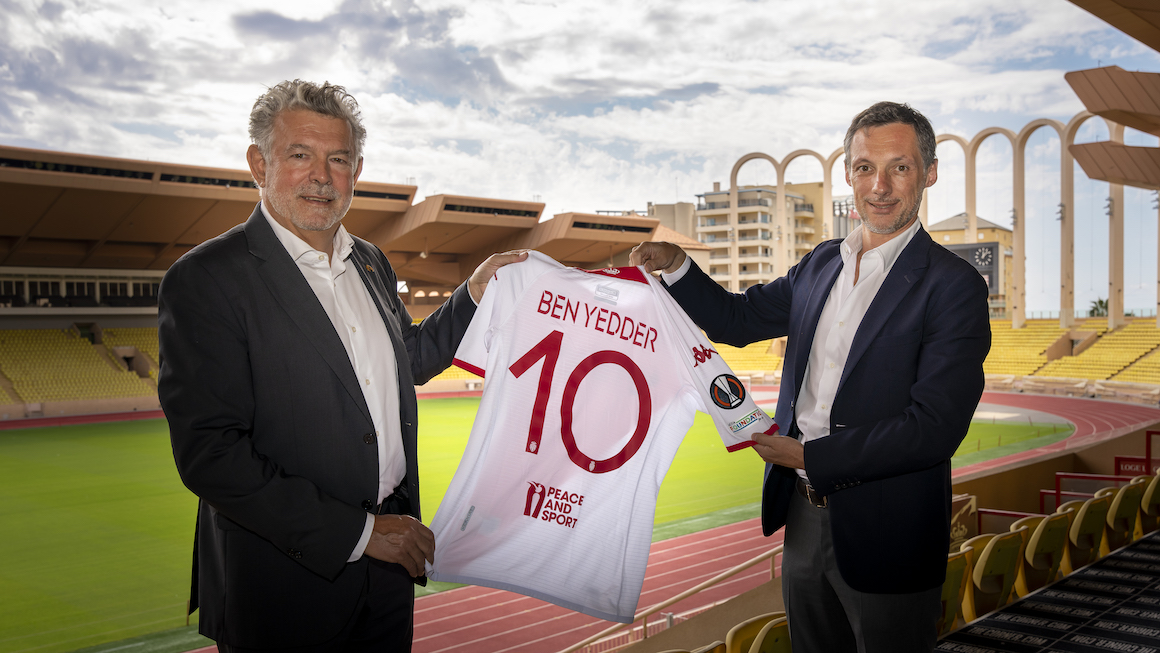 s. Peace and Sport is a high-level international organization, whose values of tolerance and fraternity we share, as well as the conviction that sport is an extraordinary tool for development and peace.
Jean-Emmanuel de WittAS Monaco CEO

Joël Bouzou, Peace and Sport President and founder:
“Through this partnership, AS Monaco confirms its commitment to using sport as a tool for sustainable peace. By wearing this jersey with the Peace and Sport logo, the players will become agents of change and promote the unifying values of sport from the neutrality of the Principality of Monaco. Like AS Monaco, we are convinced that football acts as a universal language that has the capacity to transcend barriers and bring communities together. We are therefore very pleased to be associated once again with a Club committed to using sport for peace.”

Jean-Emmanuel de Witt, AS Monaco CEO:
“We are pleased to strengthen our relationship with Peace and Sport, fourteen years after the first collaboration between our two entities. Peace and Sport is a high-level international organization, whose values of tolerance and fraternity we share, as well as the conviction that sport is an extraordinary tool for development and peace. We are therefore proud to be able to join forces with other Monegasque institutions and to give Peace and Sport the benefit of being a sponsor during our European campaign.” 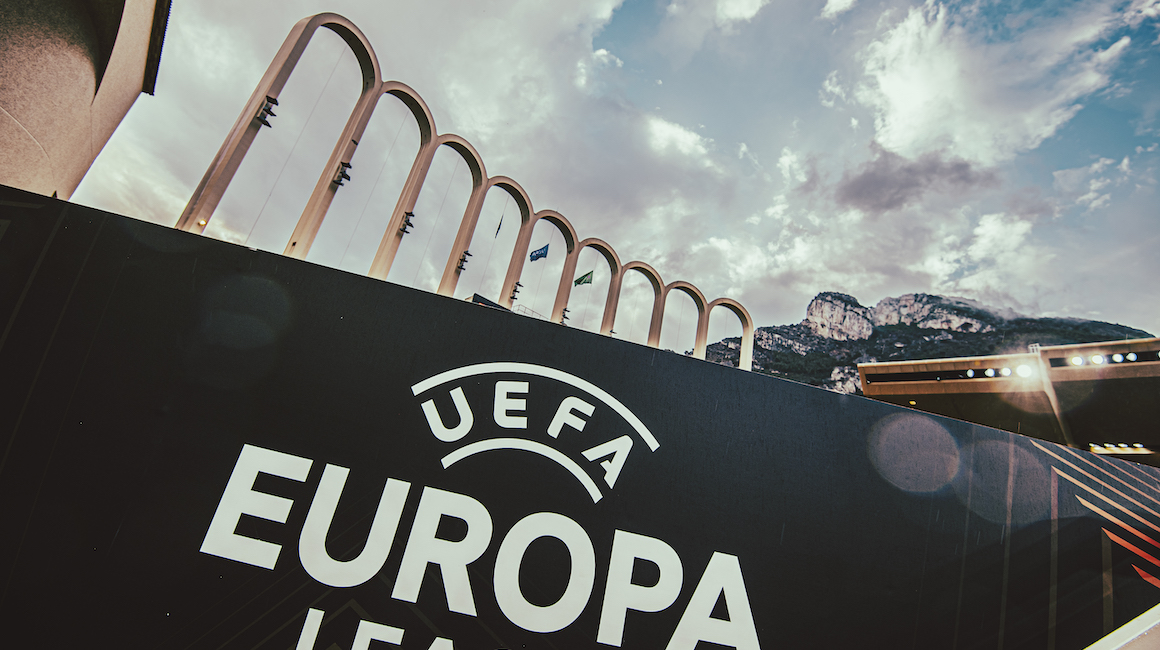 About Peace and Sport :
Peace and Sport is a neutral and independent organisation based in the Principality of Monaco and founded in 2007 by Joël Bouzou, 1987 Modern Pentathlon World Champion, Olympic medallist and President of the World Olympians Association. Under the High Patronage of H.S.H. Prince Albert II of Monaco, Peace and Sport takes concrete action to demonstrate the unifying, educational and social impact of sport through sports diplomacy initiatives and programmes with the support of the Champions for Peace Club.
For more information: https://www.peace-sport.org/fr/accueil/