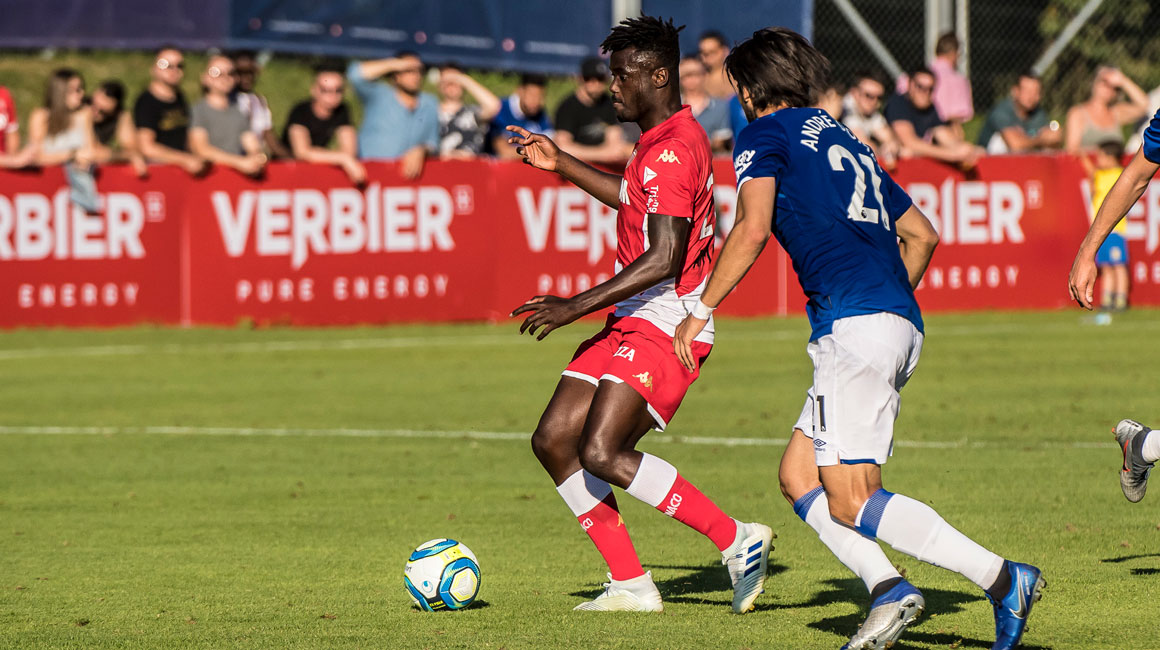 Loïc Badiashile prêté à Las Rozas en Espagne
AS Monaco have announced the loan of the midfielder to club Rio Ave, who came fifth in last season in Liga NOS.

Having arrived in the summer of 2018 from Rio Ave in Portugal, Pelé will return to his former club for the 2020-2021 season. AS Monaco have reached an agreement with the side that finished fifth of last season in La Liga NOS for the one-year loan of the Guinea-Bissau-born midfielder. Loaned previously to Nottingham Forest and Reading (34 matches, one goal) in the EFL Championship over the past 18 months, Pelé will return to a league he knows very well.

More than 120 matches in Liga NOS

Trained at Belenenses where he first played professional football (40 matches), the midfielder from Guinea Bissau has already played 121 games in the Portuguese league. He will now continue his career at a club he also knows very well for the 2020-2021 season, which will be his eighth in the Portuguese Premier League.

AS Monaco wish him the best of luck for this spell at Rio Ave FC.