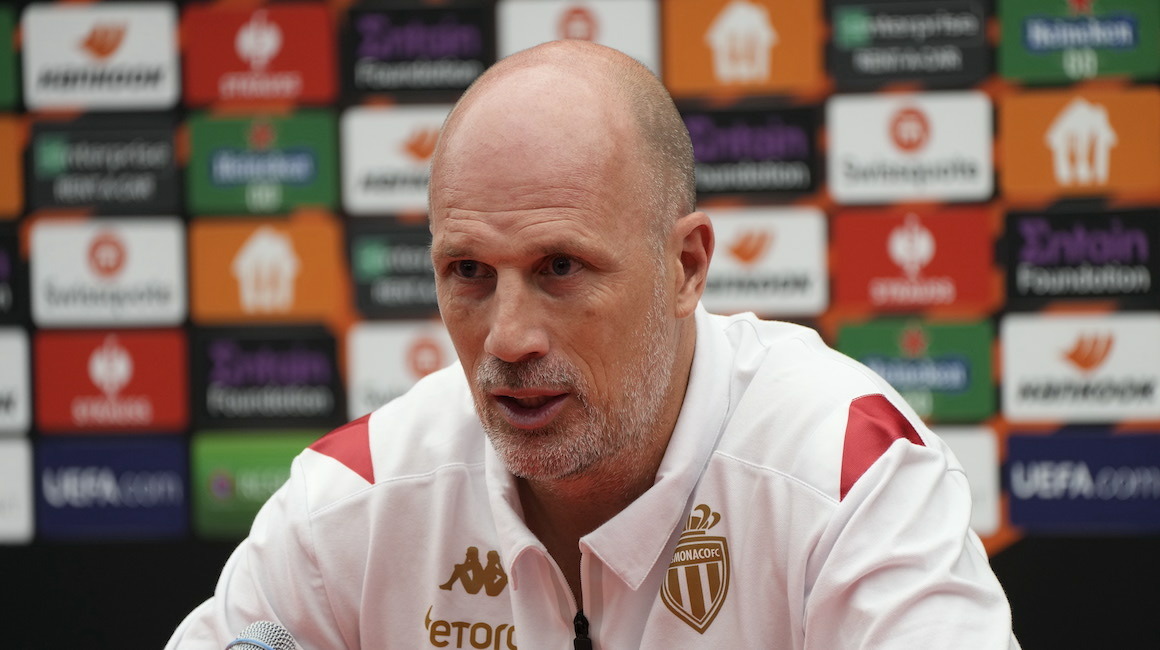 Wishing to have a good run this season in the Europa League, the AS Monaco coach spoke on the eve of the kick-off of the competition, away to Red Star in Belgrade.

It will be a great first round! Thursday, not only will the Rouge et Blanc will play their first match of the group stage of the Europa League (kick-off 9 p.m.). But they will also face a new opponent, Red Star of Belgrade,  who have never faced AS Monaco in European play. It’s a first approached with some caution, but also with  plenty of ambition by Philippe Clement, who spoke with the press before the match. 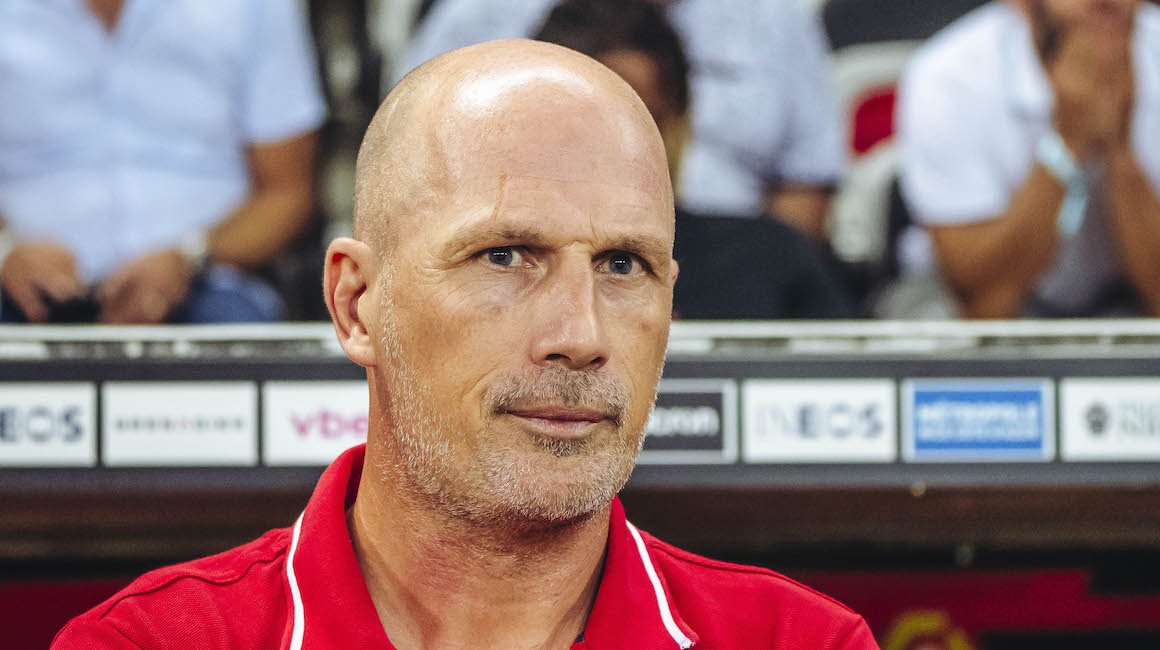 On the level of the group

We fell into a very interesting group, with three teams that finished champions in their respective countries last season, so they have real ambitions. Here in Belgrade, like in Trabzonspor and Ferencváros, we will find a great atmosphere with full stadiums and fervent supporters. That’s why I think there are ultimately few differences among the four clubs. We ‘ve watched a lot of matches to analyze this side, Red Star Belgrade, which has great experience in Europe. A lot of their players are over 30 and are therefore very experienced. We will have to be ready to get a result here.

This competition is a dream for many clubs. We had a difficult road to hope to reach it, and when you see the two games against PSV Eindhoven, I think we were unlucky to be eliminated. But now it’s behind us and we are very motivated to have a very good Europa League campaign. This is our challenge now, and everyone is focused on this goal.

Rotation in the face of a busy fixture list

It is important to pay attention to physical form when playing every three days. This is why we do a lot of tests on a daily basis to know the physical and mental state of each player. We also look at how the players slept and if they recovered well from training. Then we look at the game plan planned for the next match, as well as the schedule that awaits us, and based on that we decide who can play and in which system. Thanks to the fact that we only have two injured players at the moment, all the others are in great shape. Anyway, I always want them to be at 100% of their abilities on the pitch, that’s very important. 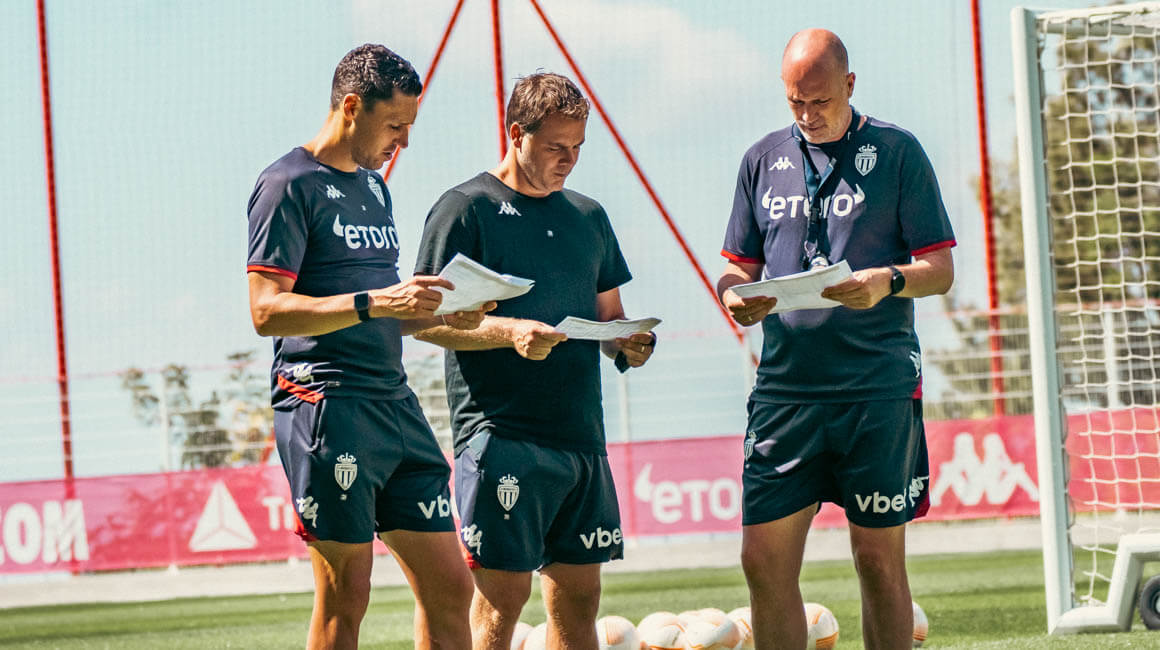 It is a challenge for us and for him, to see Breel score more. We talked about it when he arrived. We are here to take advantage of his strengths, but also to support him on what he can improve in his game. This is part of the individual work that we want to do with each player, not just him. But he has already started the season very well with two very important good goals for the team in Ligue 1, against Rennes and Nice. His movement in behind the defenders hurt the opponents a lot and allowed him to score this weekend in the Derby. In any case, Breel has the ambition to become even more of a great player.

On his tactical choices

There are two good systems available to us, not just a three-man defense. We know how to play in both systems. We must not forget that we played a lot of very good games with a four-man defense.

I know this because I was a player before, the motivation is always increased tenfold in continental competitions. We know their qualities and remain very wary.
Philippe ClementAbout Red Star's motivation

Certainly the latest results have not been as good as they had hoped, but this must be put into perspective. We cannot make any conclusions about the start of the season. I repeat, Red Star is a team with a lot of experience and qualities that they showed last season in the league and in European play. I know this because I was a player before, the motivation is always increased tenfold in continental competitions. We know their qualities and remain very wary. But it is obvious that we are here to win, as always.