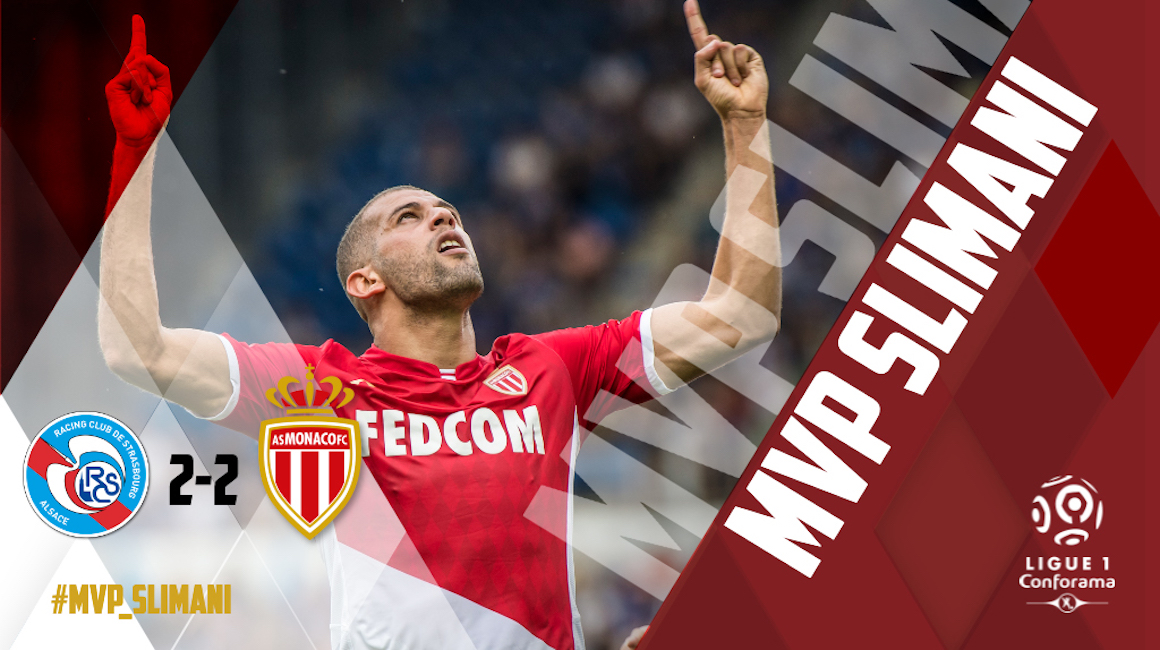 Islam Slimani was elected man of the match for the red and white after the draw against Strasbourg this weekend (2-2). Author of a double against the Alsatian club, the Algerian striker was your MVP.

Islam Slimani was just a few inches away from registering a hat-trick last weekend against Strasbourg. The Red and White striker, who scored three goals in two games, was almost unanimous with 91% of the vote, ahead of Aleksandr Golovin and Benjamin Lecomte. Second in the vote against Nimes, the native of Algiers was elected by the users of the application this time. The next vote will take place just after the end of the match between AS Monaco and Olympique de Marseille on Sunday 15 September (Ligue 1 Conforama – Week 5). 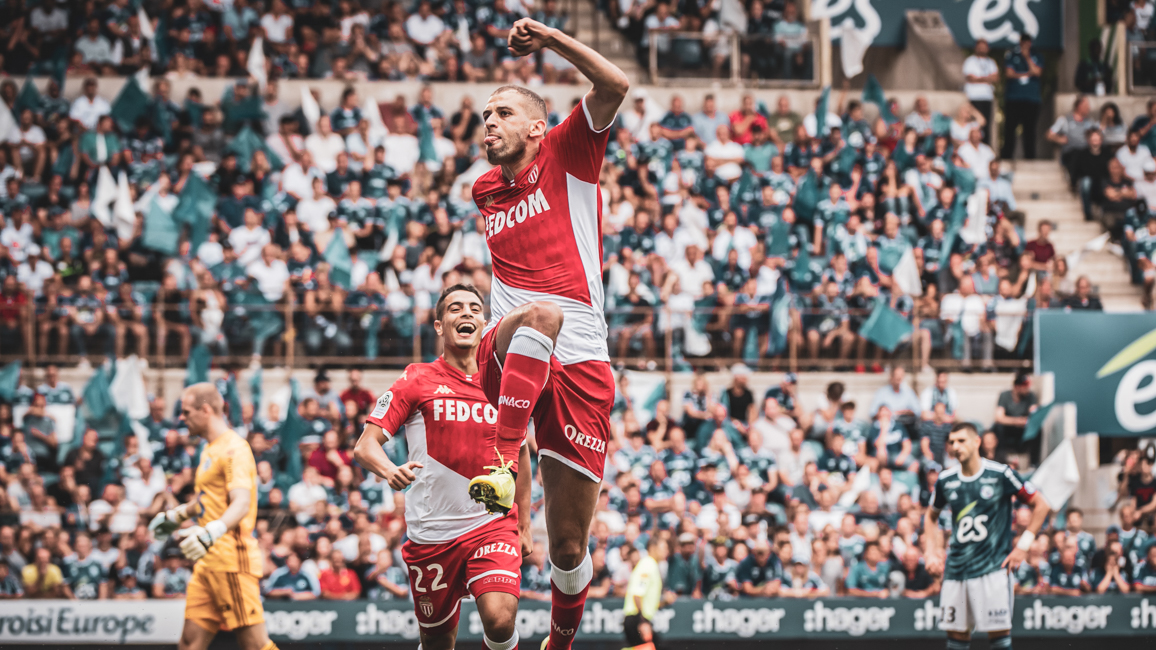