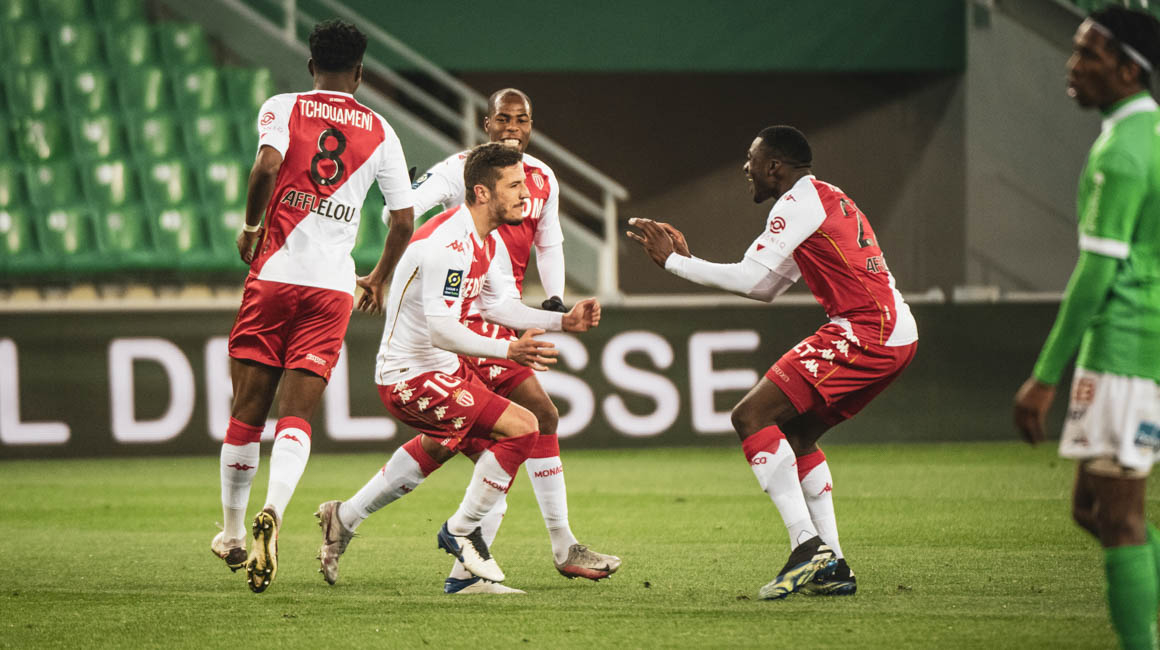 With a big win last Friday in Saint-Etienne (4-0), Niko Kovac's men confirmed that the Principality club is indeed the best in Ligue 1 is 2021. Here's the stats to prove it.

Ten. With three points at the Stade Geoffroy Guichard on Friday evening (4-0), the players of AS Monaco earned their tenth victory in Ligue 1 in 13 matches in 2021. It is twelve in all competitions, if we count the first two rounds of the Coupe de France, with wins in Grenoble and Nice. In sparkling form this calendar year, this has allowed the Rouge et Blanc to dream of a great end to the season.

A gap over with fifth place in Ligue 1

And for good reason, as the teammates of Aurélien Tchouameni, again elected MVP of the match against Les Verts, moved to just one point behind Olympique Lyonnais, currently third in the league. The result also sees them keep 11 points ahead of 5th-placed Lens, who are about to face… OL on the next matchday. The results are therefore looking good at the foot of the Rock, as the March international has just started for the ten Monegasque internationals.

Before returning to Ligue 1 action in two weeks against Metz, let’s take a look at the figures which prove that AS Monaco are the best club in the top flighrt in 2021. 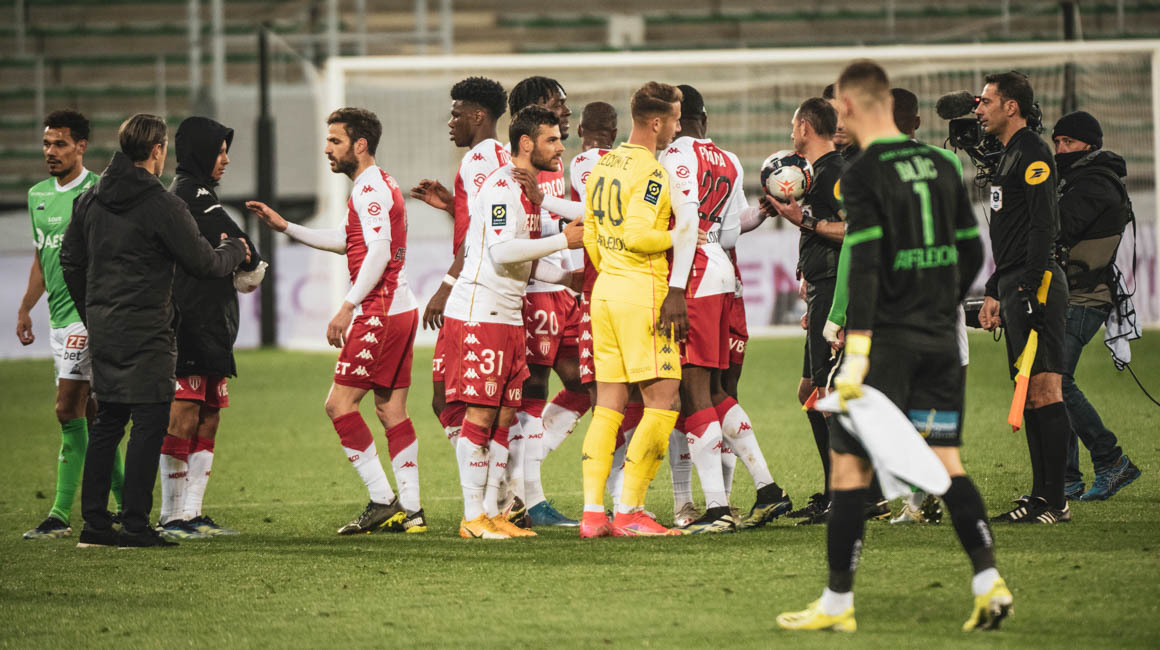 The Rouge et Blanc have scored 32 goals in their 13 league games in the new year, at least 8 more goals than any other Ligue 1 team.

Best fourth-placed side in history

The Principality club recorded its 4th clean sheet in its last five Ligue 1 matches, only one less than in its first 25 games of the season (5).

After his goal against Saint-Etienne, Sofiane Diop remains the top scorer among players under 21 in Ligue 1 this season (7 goals). He is also the third best Monegasque scorer behind the duo of “Yedderland” (13 goals each).

7 wins from 8 away matches

AS Monaco have taken seven wins from their last eight trips in Ligue 1. The Principality club already have 9 away wins this season, half of their total of wins this season (18).

The most recoveries in the top flight

With 120 recoveries in 2021, Aurélien Tchouameni is the best in Ligue 1 in this new year, with an average of more than 9 balls won per match over the 13 matches played.

It’s now a fad this season. Set pieces have resulted in 26 Monegasque goals since August, out of the 60 scored in total by Niko Kovac’s players (43%). It’s even a little bit higher of a ratio since the start of the year, as 16 of the 32 goals scored in 2021 were from set pieces (50%). The Robert Kovac touch, quite simply.

13 goals from the bench

Substitutes also have a very important role in AS Monaco’s current success in front of goal. Since the match against Lorient on January 6, they have been involved in 13 goals out of the 32 scored in the league in 2021 by Niko Kovac’s players (7 goals and 6 assists). The latest to date, Cesc Fàbregas, set up Krépin Diatta against Saint-Etienne, only 37 seconds after the entry into play of the Senegalese international.

9 players involved in 4 or more goals 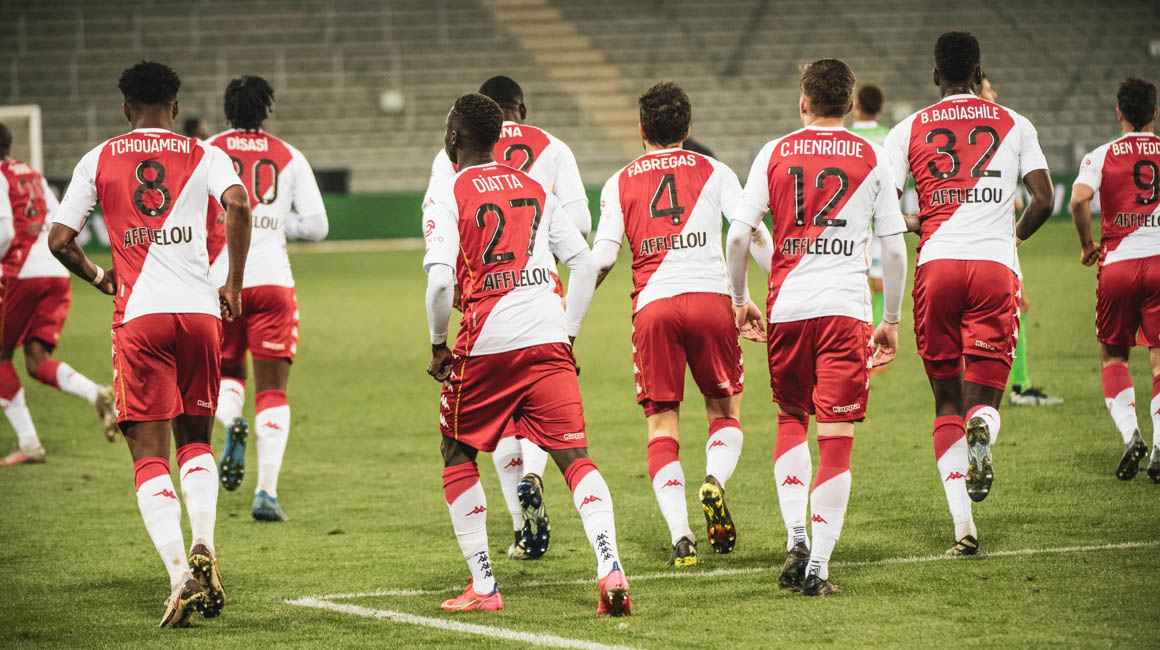