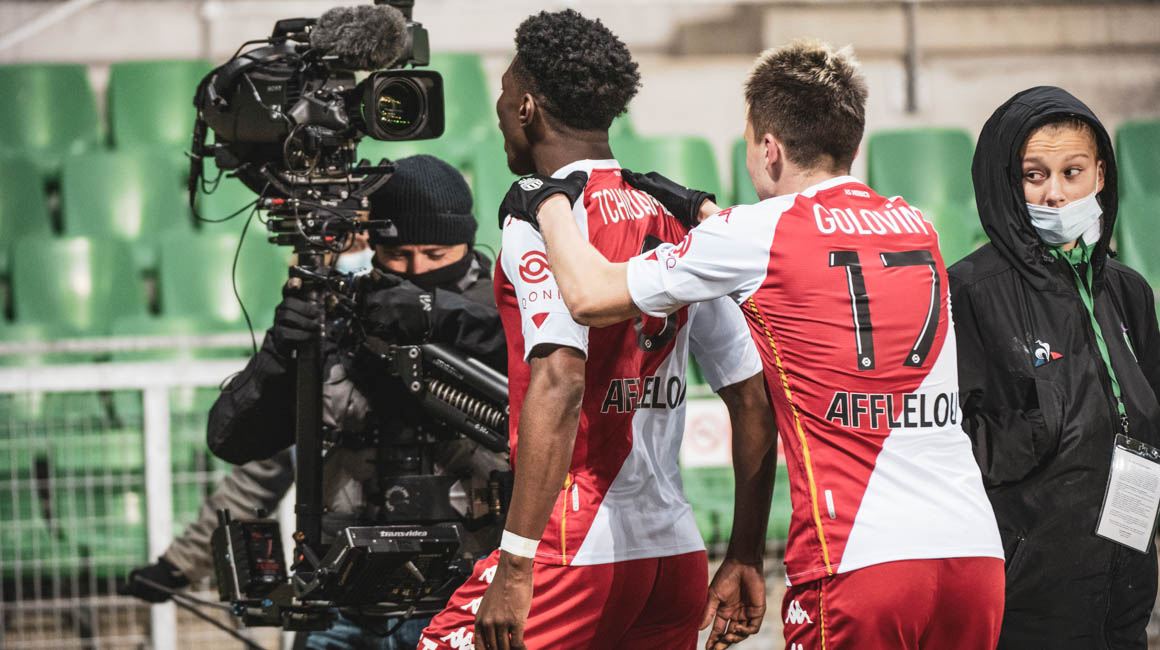 Author of a high-level performance in the Monegasque midfield in a victory over Les Verts, (4-0), the French U-21 international was voted Match MVP by the Monegasque fans on the AS Monaco App for the second time in a row.

He is  really coming into his own now; after winning his first match MVP award in January against Olympique de Marseille, scoring his first goal in Ligue 1 for AS Monaco, Aurélien Tchouameni did the same against Lille last weekend (0-0). But the Monegasque midfielder was still not satisfied, and he once again distinguished himself against Saint-Étienne,  to start the 30th Matchday. With an assist and a goal in a one-sided game (4-0), the Rouge et Blanc number 8 was once again honored after an extraordinary match in midfield at the Stade Geoffroy-Guichard.

With 9 ball recoveries in midfield against the Stéphanois, ahead of joining up with the France U-21s for the Euros, with whom he has earned 5 caps, he has confirmed his status as the player with the most ball recoveries in 2021 (121 in 13 games). Alongside Youssouf Fofana (12 recoveries), he repeatedly broke up the hosts’ play, leaving Les Verts frustrated as they tried to build their attacks. “Fanamenial”, as Aurélien Tchouameni’s midfield partner would say, his nickname for their hard-working partnership.

The Principality club quickly took the lead in the first half thanks to a goal by Stevan Jovetić on a pass from … “Tchouam'”  in the 13th minute. The second goal of the game, would also come from the young midfielder,  as he scored his second goal of the season, firing a missile just under the bar of Stefan Bajic’s goal. Already elected MVP against Lille, the former Bordeaux player has now been named Match MVP back to back by the Monegasque fans on the AS Monaco App. 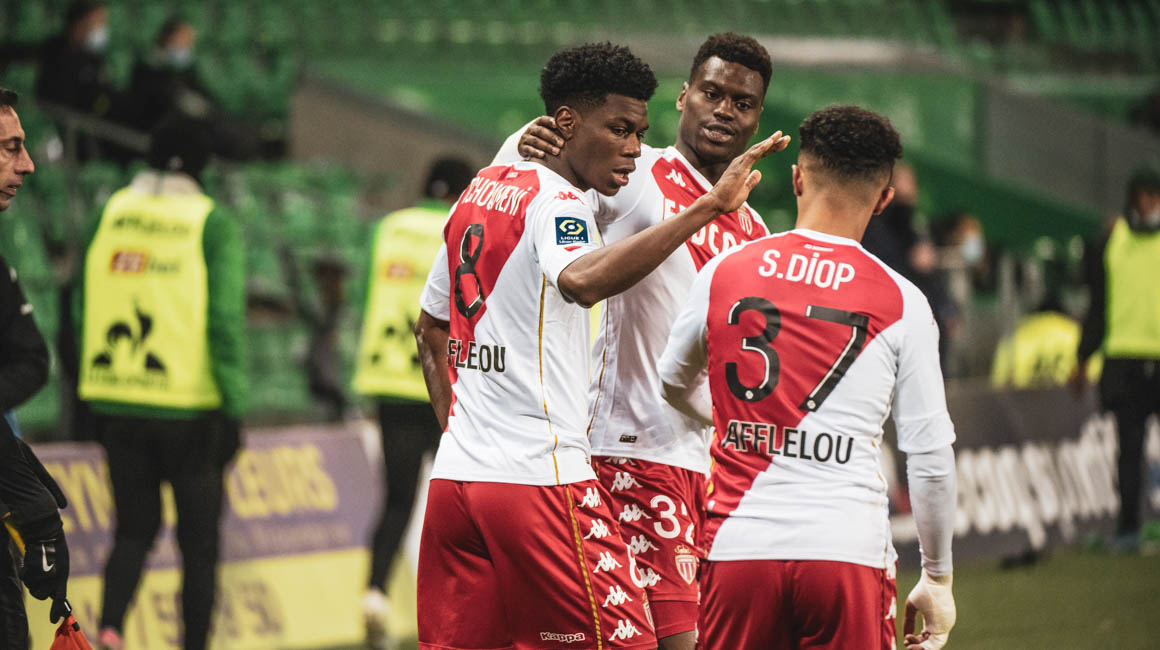 Playing as a central striker in Niko Kovac’s 4-4-2, Stevan Jovetić quickly put the opposing defense under pressure thanks to his play between the lines, making the best of an opportunity to start. After hitting the crossbar in the 8th minute, the Montenegrin striker managed to earn a penalty shortly thereafter, one which he failed to convert.

But it was only a delay of the inevitable as he would open the scoring with a shot from the edge of the area against Saint-Etienne (1-0, 13th). Jove’ therefore came in second in this MVP vote, with 15%, just behind Aurélien Tchouameni who won his third MVP title of the season, after doing the same against Marseille and Lille, with 80% of the vote. Bravo Aurélien!

* (in parentheses, the number of match MVPs a player has won)