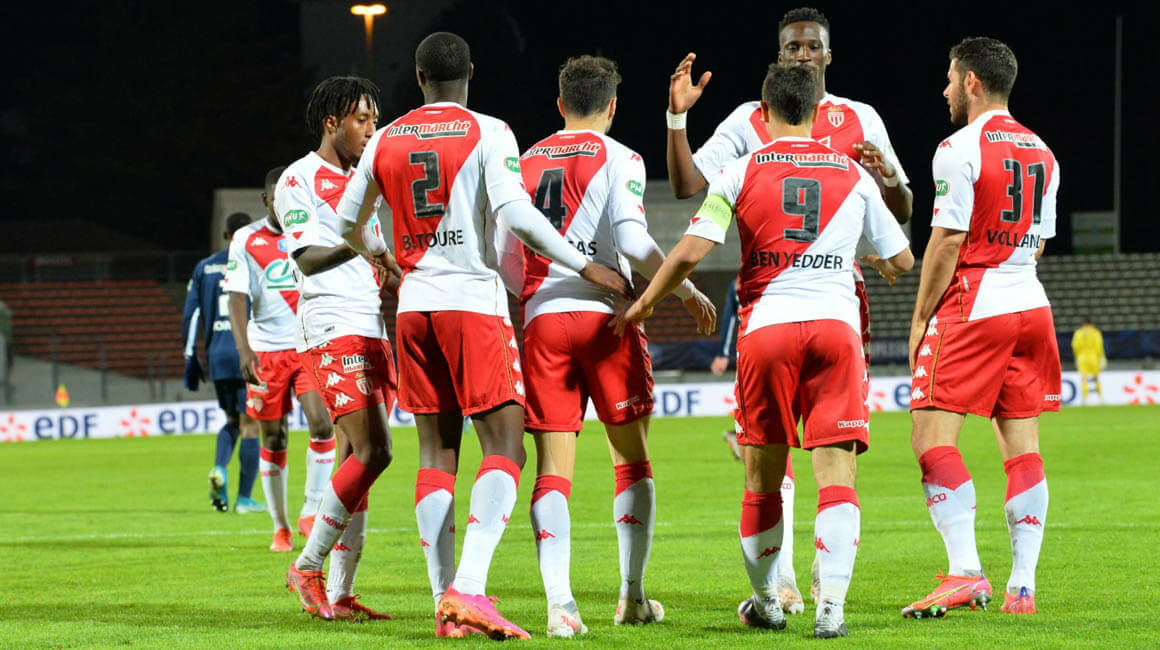 Despite conceding the opener, the Rouge et Blanc were not worried and went on to win, 5-1, against Rumilly Vallières in the semifinal of the Coupe de France. They will now head to the Stade de France for the first time in 11 years in this competition, to face Paris Saint-Germain.

For this Coupe de France semifinal against Rumilly Vallières, Niko Kovac made six changes, compared to the win in Reims four days earlier. Chrislain Matsima notably started in central defense for the first time since the team faced Grenoble in the Round of 64, while Gelson Martins started on the right wing. In attack, Wissam Ben Yedder and Kevin Volland again were the strike partnership. 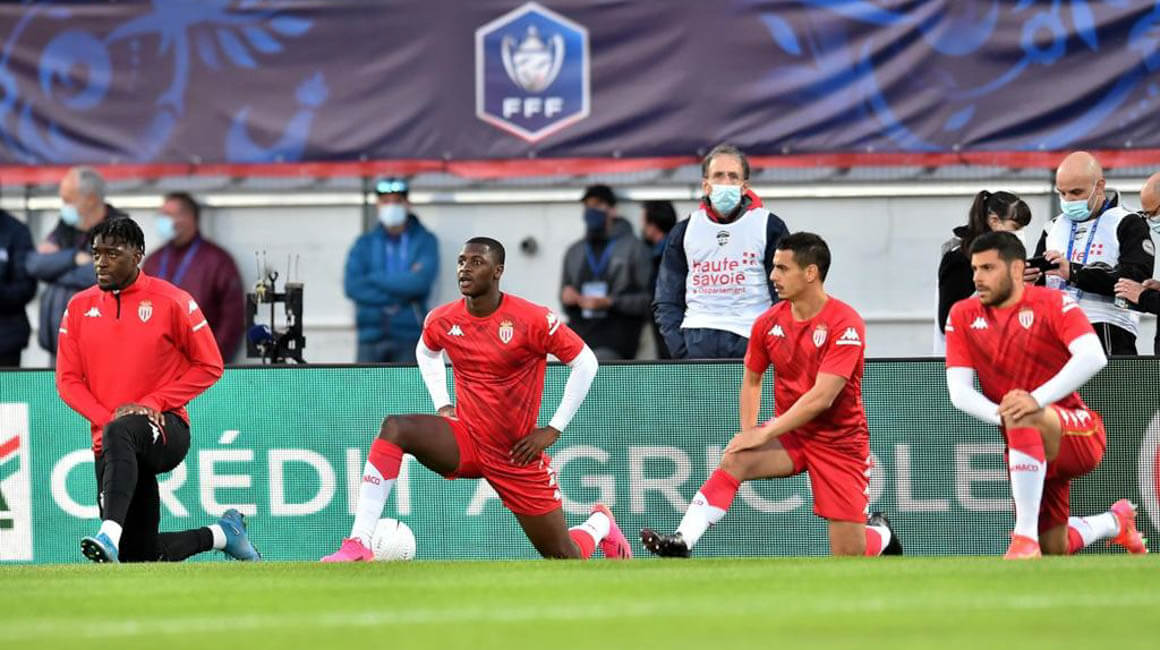 AS Monaco are stunned at 20 minutes

The start of the match was played on level terms, even if it was the Rouge et Blanc who created the first chances with crosses from the left by Kevin Volland. The players of Rumilly Vallières, however, responded well, establishing a high press in the Monegasque half. It was thanks to this tactic that they scored the first goal of the game.

After the ball was recovered 30 meters from goal, the ball fell to Alexi Peuget at the edge of the area. The former Stade de Reims player then hit a slightly deflected shot that flew into the top corner past a helpless Radoslaw Majecki, who conceded for the first time in the Coupe de France. It was a surprising start in Annecy, where the underdog opened the scoring (20th, 1-0).

Two goals in five minutes to take the lead

Stunned by this goal, the Monegasques reacted, with Kevin Volland seeing his volley fizz over the bar following a header from Wissam Ben Yedder (26th). It was finally on a cross from Fodé Ballo-Touré that the left back, Arthur Bozon, beat his own goalkeeper with an unstoppable header (1-1, 27′).

With AS Monaco having drawn level, Aurélien Tchouameni then scored with a powerful header on a corner from Cesc Fàbregas (1-2, 32nd). In five minutes, Niko Kovac’s side had turned the tables and could have extended their lead even further, but Kevin Volland’s shot then hit the crossbar (38’). 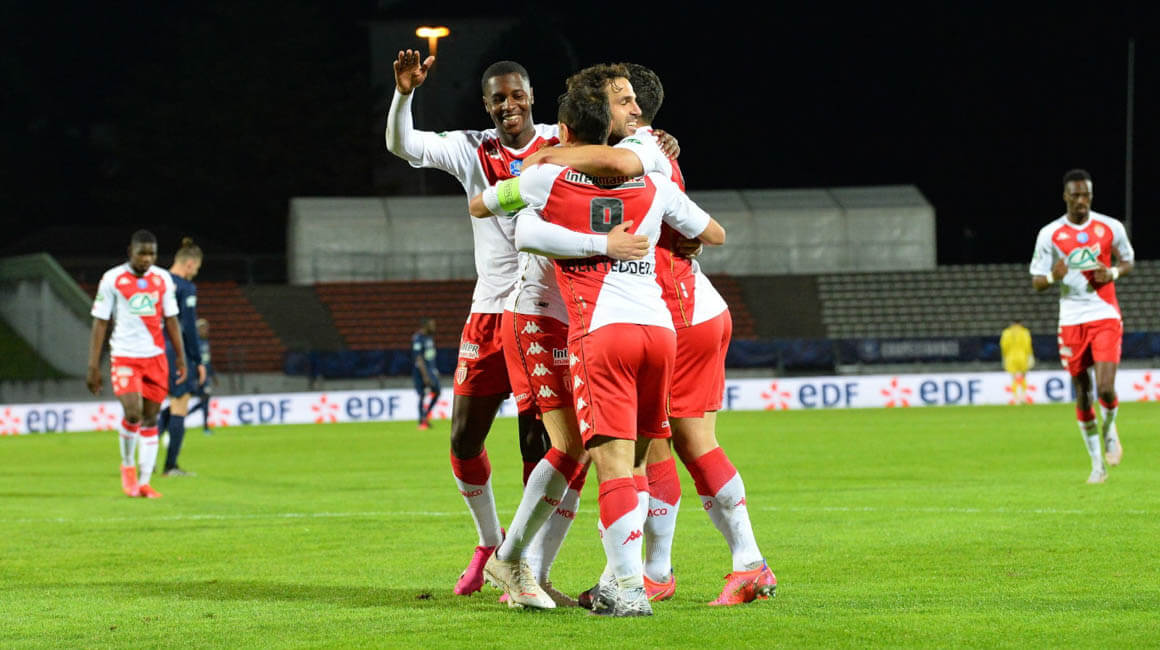 The breakthrough goal comes after the restart

Following the momentum gained at the end of the first half, AS Monaco did not want to give their opponents a chance to get back into the game. And ten minutes after the restart, they doubled the lead through Wissam Ben Yedder. Thanks to a good bit of pressing, the captain of the Rouge et Blanc took the ball off the feet of Alexis Peuget, the Haute-Savoie side’s goalscorer. He then played a one-two with Cesc Fabregas, and a little chip, the Monegasque number 9 had scored the third goal for AS Monaco. Now two goals to the good, Niko Kovac would make his first changes. The scorer then ceded his place to Aleksandr Golovin, while Ruben Aguilar replaced Kevin Volland.

A spectacular end to the match

No doubt tired by all of their efforts made over the course of this match, the players from Rumilly Vallières were leaving more space at the back and made mistakes close to their penalty area. Cesc Fàbregas needed no invitation to score the fourth goal of the game with a jewel of a free kick from 23 meters (78’). It was an impressive match all around for the Spaniard, who finished with one goal and two assists. It was then the turn of Aleksandr Golovin’s turn to add a final goal (82’).

The match being won, Niko Kovac took the opportunity to bring on Valentin Decarpentrie for his first appearance in Red and White. Despite offering plenty of resistance, the amateur club had lost 5-1. The Principality side, meanwhile, have qualified for their first Coupe de France final in 11 years, and will face Paris Saint-Germain next Wednesday at 9 p.m. in what looks to be a thrilling final. 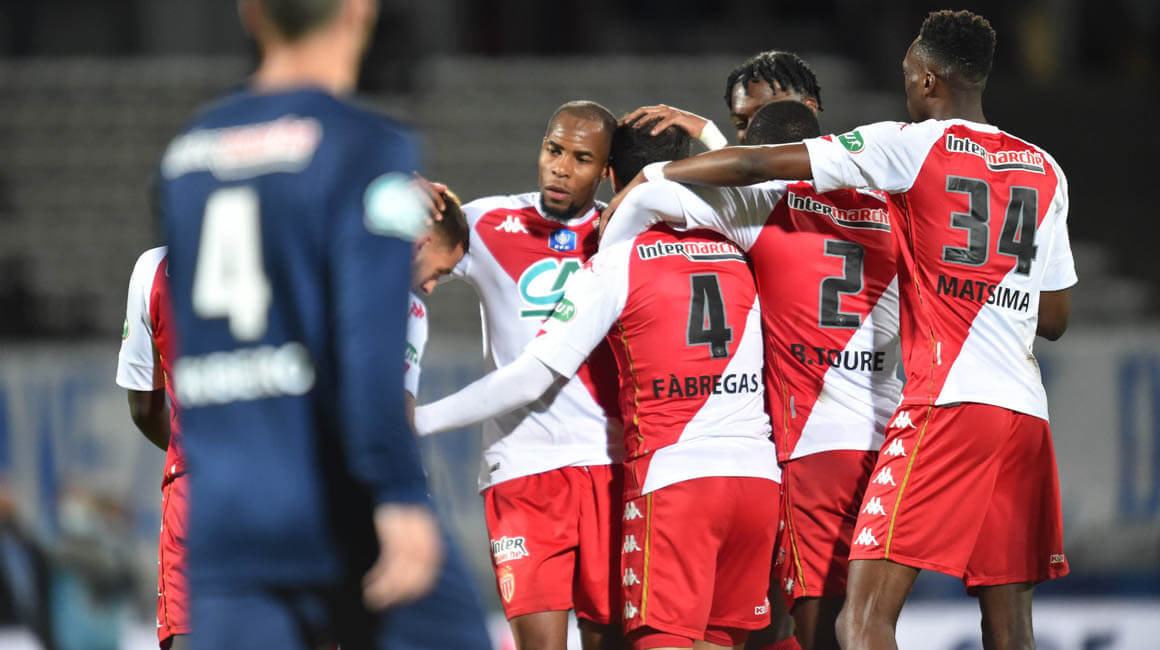