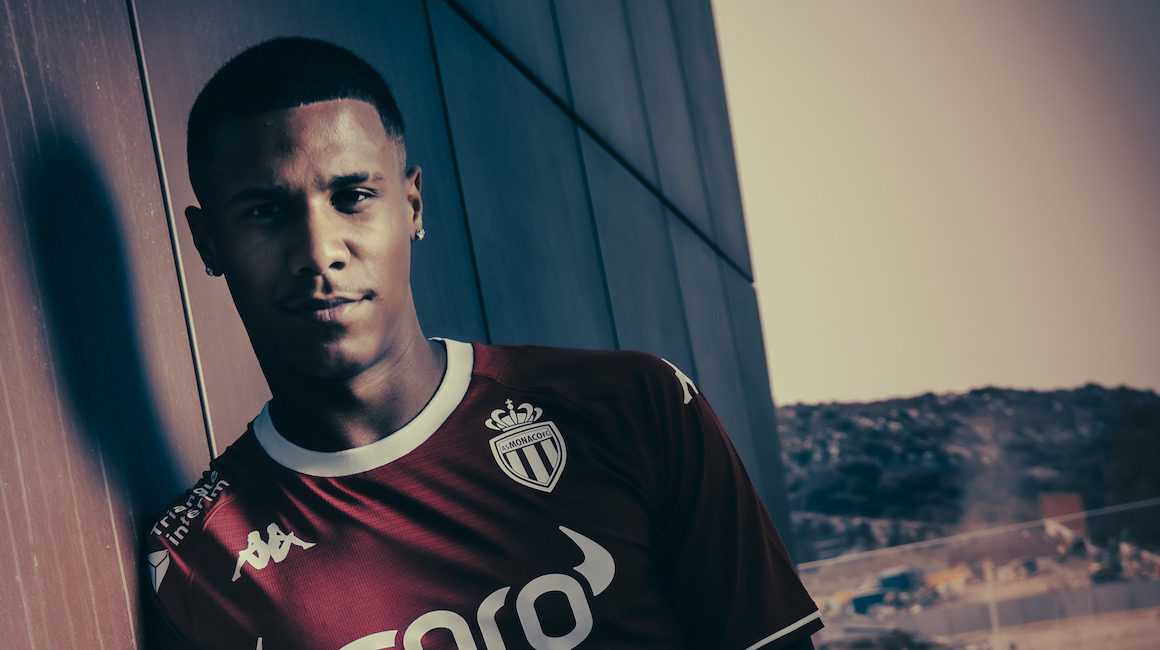 Here is all you need to know about the German U-21 international (9 caps), capable of playing up and down the left flank, who has just signed a five-year contract with AS Monaco.

He is AS Monaco’s second signing of the summer window — after Alexander Nübel, on loan for two seasons from Bayern Munich, it is now the turn of Ismail Jakobs to join the Monegasque squad. He joins the club from 1. FC Cologne, where he played two seasons with the first team, a total of 47 games played (4 goals and 4 assists). Versatile, the 21-year-old can play as a left-back as well as a left-winger, his primary position. Here’s all you need to know, in 8 facts, about a man who has just been crowned European Under-21 champion with the Nationalmannschaft.

I am very proud to sign for AS Monaco, a prestigious club which is coming off a very good season, with the prospect of playing in the Champions League. I am very motivated for this new challenge, which I am taking on thanks to my work and my determination. I am looking forward to joining what is a quality squad, where I hope to learn, progress and also contribute all I can.
Ismail JakobsLetf winger, AS Monaco

Born and trained in Cologne

Like Alexander Nübel, Ismail Jakobs hails from the North Rhine-Westphalia region, where he was born in Cologne on August 17, 1999. After starting football at the age of four at BC Bliesheim, he joined his hometown club in 2012, at the age of 13. He would progress through the underage groups there, before joining the first team in 2019. He played his first match in November of the same year against Hoffenheim, before scoring his first goal a month later against Frankfurt with a strike nestling just under the bar (4-2).

Able to play anywhere along the left flank

Playing on the left flank, he does not hesitate to put his pace to use. During a match in 2019-2020, he reached 34.9 km/h, making him one of the fastest players in the Bundesliga. Able to repeat these high-intensity sprints (one of the characteristics requested by Niko Kovac), he averaged 34 sprints per game during that same season.

In this particular transfer window, our aim is to add quality and the type of profiles which can challenge what is already a strong squad, while continuing to enhance the team’s dynamism and laying a foundation for consistent success over the seasons to come. The signing of Ismail is part of this desire to add the types of players who can bring quality that will improve the squad, while hewing to our organizational strategy to enhance AS Monaco’s future. Ismail is able to play in several positions.
Paul MitchellSporting Director, AS Monaco

Nominated for the Bundesliga’s best young player in 2020

This first season with the first team was very good, so much so that he was nominated for the Young Player of the Season in the Bundesliga, an award which was eventually won by the Canadian Bayern Munich Alphonso Davies. Despite this, Ismail Jakobs would the Young Player of the Month award for December and was also nominated for the same in February.

His good performances with his first club convinced Stefan Kuntz, coach of the German Under-21 team, to integrate him into the squad. He earned his first cao in September 2020 and won the U-21 Euros in June against Portugal (1-0). During this competition, he played in five of the six matches, including one start, to bring his total of caps to nine and winning what is his first professional title.

But even as he won the Euro Under-21s with the Nationalmannschaft, the 21-year-old left winger could have chosen another country, namely Senegal, with whom he qualifies through his father.

A preference for Cristiano Ronaldo

During an interview responding to Cologne fans, he was asked the inevitable question about his preference between Cristiano Ronaldo and Lionel Messi. He admits to preferring the Portuguese because he is a determined player who was very ambitious at the start of his career. This is also something characterizes the young left-footed player as revealed in the same interview.

This last point could be of more interest to AS Monaco Esports. Ismail is has a rating of 69 on FIFA 21, with a potential of 82. On PES 2021, he received a rating of 71. Grab your controllers!