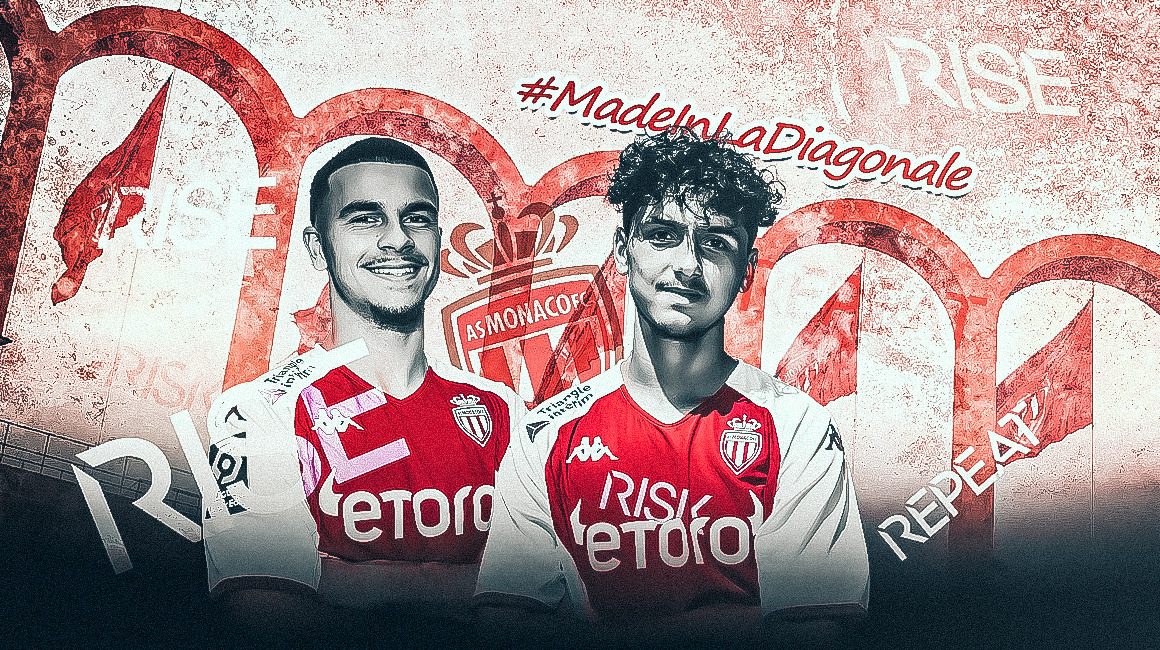 Antonin Cartillier (18), left-back, joined the AS Monaco training centre in 2019. Captain of the U19 national team, finalist in the last edition of the French championship of their category, Antonin has just completed a convincing season, with 3 goals scored and 15 assists provided in 33 matches.

Registered for the baccalaureate exam in the STMG section this year, the young player passed and obtained the mention “assez bien”.

Enzo Couto, who will turn 19 on the 14th of July, was also a member of the national U19 team last season. The central defender played 24 matches and was a starter, like Antonin Cartillier, in the semi-final (victory against PSG 4-2) and in the final against FC Nantes.

After starting the summer preparation with the professional group at the Performance Centre, Enzo played with Cercle Brugge in the first pre-season friendly (1-0) before playing the second half of the game against FC St. Gallen under Philippe Clement (1-1).

Both players « made in La Diagonale » have signed a contract binding them to AS Monaco until 2025.

Paul Mitchell, Sporting Director: “The Academy is a cornerstone of our sporting project and our desire is to develop the talents we train. Like the whole U19 group, Antonin and Enzo have shown great things this season. This first pro contract is a reward for the efforts they have already made and we expect them to continue in this way”.

Pascal de Maesschalck, Director of Youth Development: “We are happy to see Antonin and Enzo, like Mamadou Coulibaly before them, grow with AS Monaco. It is now up to them to repay the trust the Club has placed in them by continuing their work and showing the same desire to progress on a daily basis.”