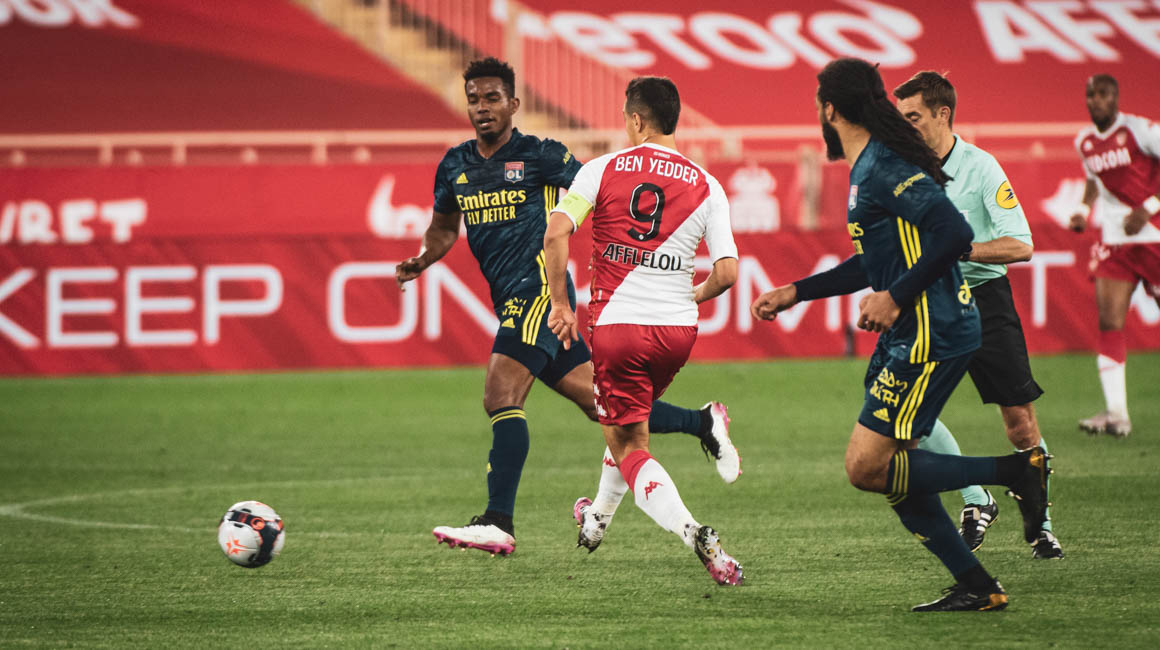 After a thrilling match, the Rouge et Blanc lost in the very last moments of the match against Lyon, 3-2. Despite this defeat, they stay in third place and on the podium, one point ahead of OL.

To start this decisive meeting in the race for the podium, Niko Kovac set up his team in a 3-4-1-2, with Cesc Fàbregas playing as a number 10, while Wissam Ben Yedder found a starting place alongside Kevin Volland leading the attack. 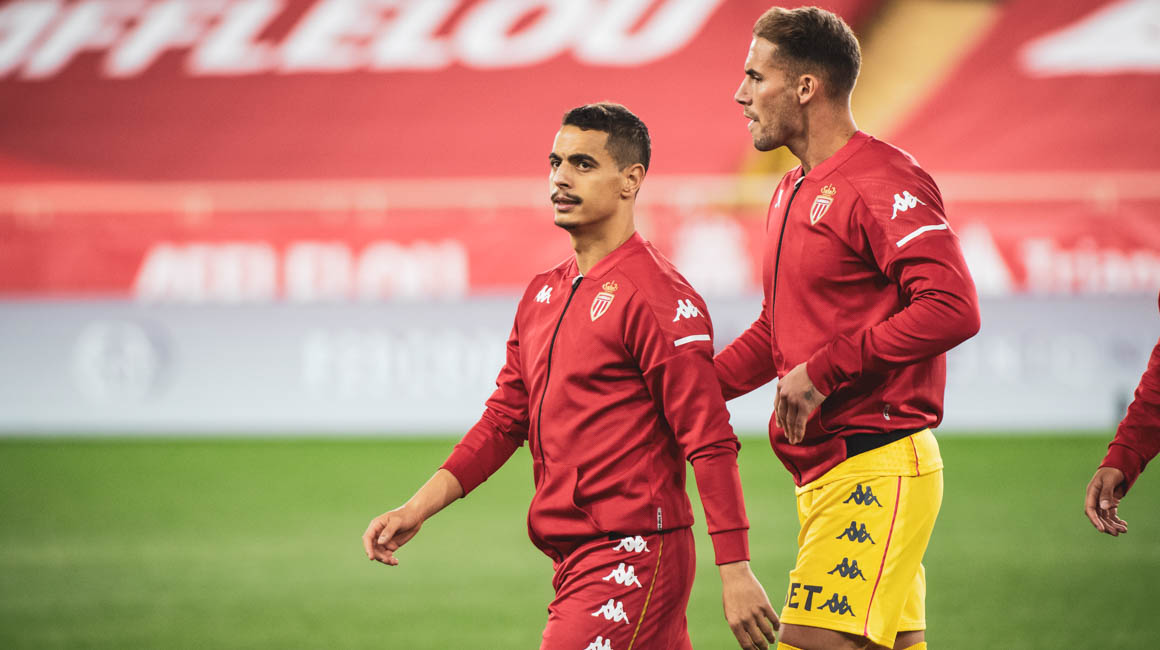 Because of the stakes of the match, the start of the encounter was intense and the two teams went blow for blow. First it was Wissam Ben Yedder who sent a shot over the goal of Anthony Lopes (1st). The Lyonnais replied immediately with Léo Dubois who also saw his volley flash over the bar (7th).

Then it was Kevin Volland’s turn to bring the danger with a overhit effort, before Karl Toko-Ekambi tested Benjamin Lecomte, his shot eventually being deflected by the Monegasque goalkeeper into touch (14th). 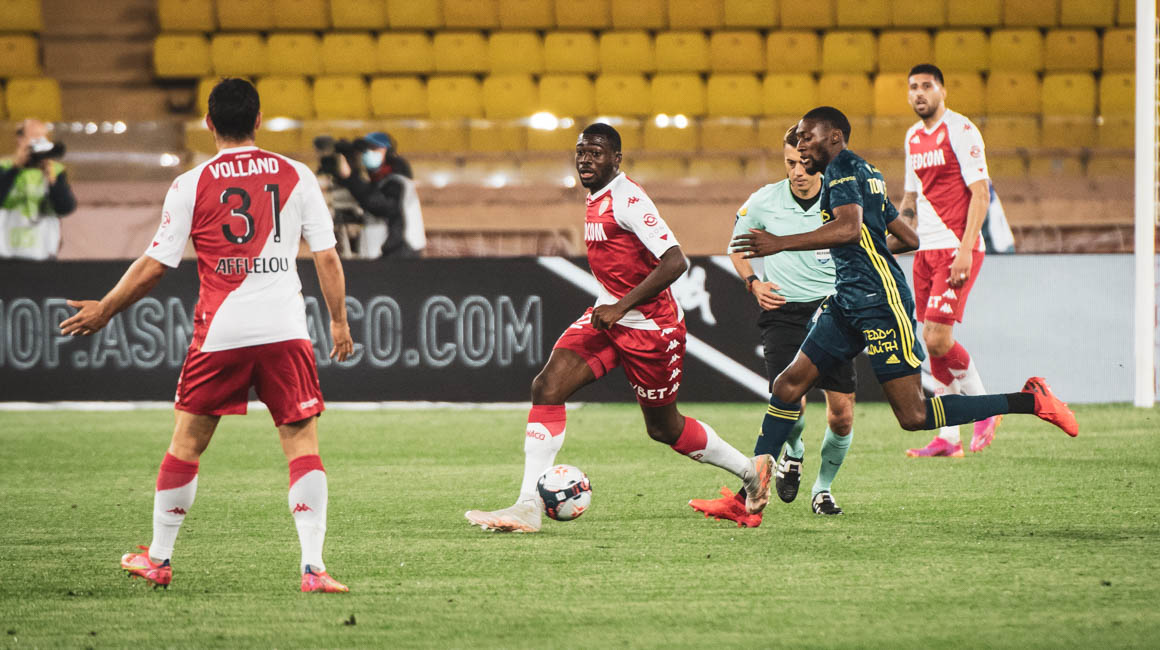 After 15 frantic minutes, the match slowed down until the 25th minute, the moment in which the German international broke the deadlock. After a magnificent one-two  with Wissam Ben Yedder he turned Jason Denayer and faced down Anthony Lopes. As usual, the Rouge et Blanc striker did not waste any effort in front of goal, beating the Rhone goalkeeper for his 16th goal of the season, which also marked a 5th assist for the captain.

With this goal, the Monegasques gained the upper hand over their opponents at the end of the first half and also created chances to double the lead. Picked out with a long ball by Cesc Fàbregas, the Monegasque number 31 wanted to play in his attacking partner, but was stopped at the last moment (37’). Shortly thereafter, Kevin Volland then saw his volleyed effort fly over the Lyon goal. (41’). 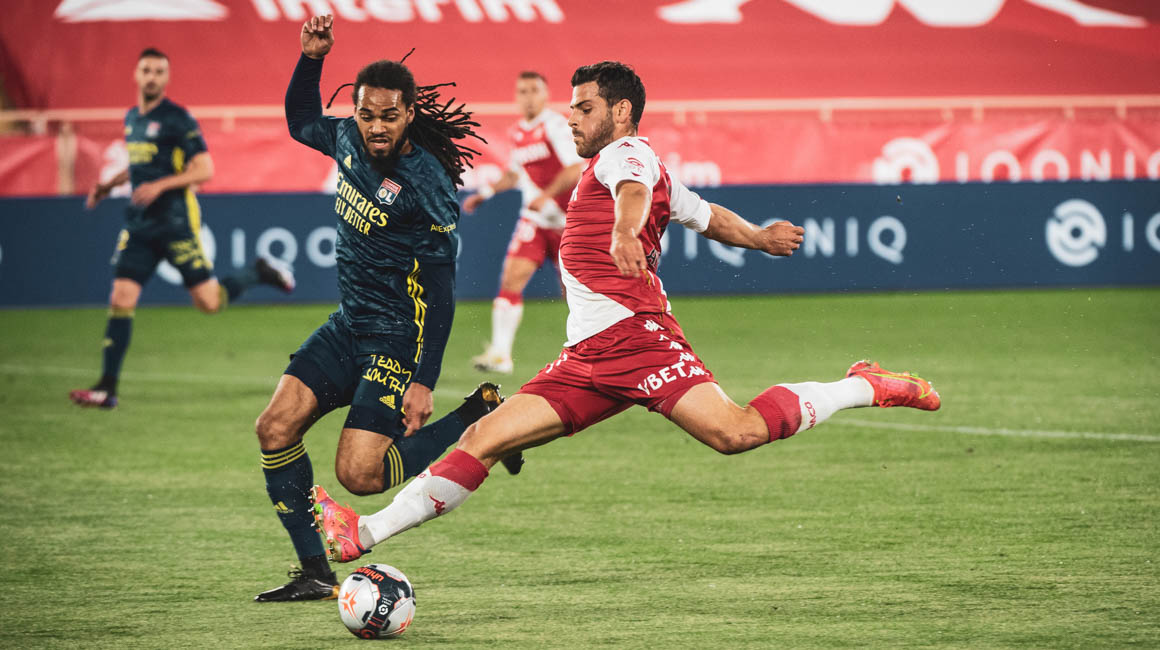 Lyon equalize and then take the lead

Back from the locker room, the Rouge et Blanc created the first chance of the half, but Ruben Aguilar’s cross was a bit too far for Youssouf Fofana to reach. On the counterattack, Memphis Depay then beat Benjamin Lecomte with a shot that was slightly deflected by Guillermo Maripán.

The match then became lively and the Olympians were reduced to ten men after a second yellow card from Maxence Caqueret (70’). Despite this, they managed to take the lead on a header by Marcelo after a well-taken free kick by Memphis Depay (78’). A few minutes later, after consulting VAR, Clément Turpin cautioned Anthony Lopes after a bad foul on Pietro Pellegri. 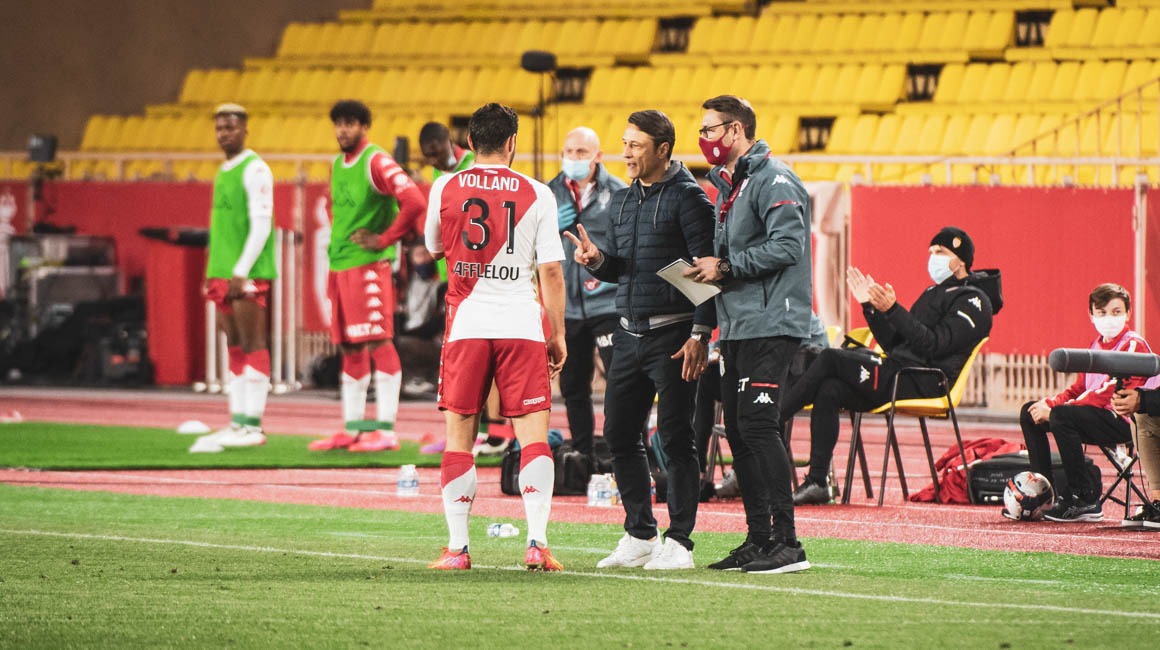 The penalty was easily converted by a panenka from Wissam Ben Yedder, who in the process scored the 100th goal of his career in Ligue 1 (86 ’). Niko Kovac’s men pushed on and they were close to taking the lead through Willem Geubbels, but he former Lyonnais saw his shot stopped by the Portuguese goalkeeper.

But it was Olympique Lyonnais who had the last word in this thrilling encounter. On a cutback, Rayan Cherki, who had just come on, surprised Benjamin Lecomte (89’). Despite having a final effort from a corner, the Rouge et Blanc lost and saw the visitors come back to within one point even though they held on to third place.