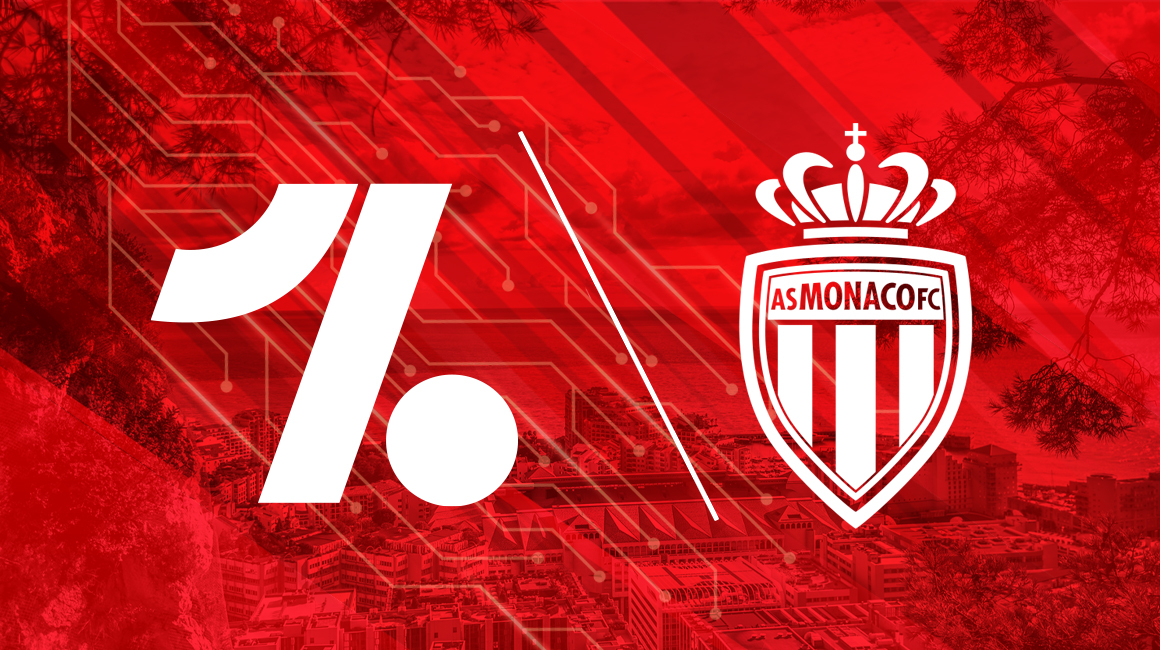 Historic Ligue 1 Uber Eats side AS Monaco and the world’s leading football media platform, OneFootball, have signed a global partnership to bring original club content to football fans around the world.

All editorial content published on the official club website www.asmonaco.com will now also be available on the OneFootball app and website. AS Monaco, thereby becomes the first Ligue 1 side to join the OneFootball Club Network, alongside the likes of Manchester City from the Premier League and Schalke 04 of the Bundesliga.

Reaching more than 70 million fans every month globally, OneFootball is the most popular digital media platform for a new generation of football fans, andis also the best rated sports app in the world, based on millions of Apple App Store and Google Play reviews.

This innovative content partnership will allow AS Monaco to tap into OneFootball’s vast user base of young and highly engaged mobile-first football fans and provide them with original club content wherever they are – frictionlessly and in real-time. OneFootball is the only app with a fully personalised feed that gives fans non-stop news of their favourite club, all made possible through a bespoke technical interface, which ensures that all club articles appear automatically and simultaneously on both the club website and the OneFootball platform. 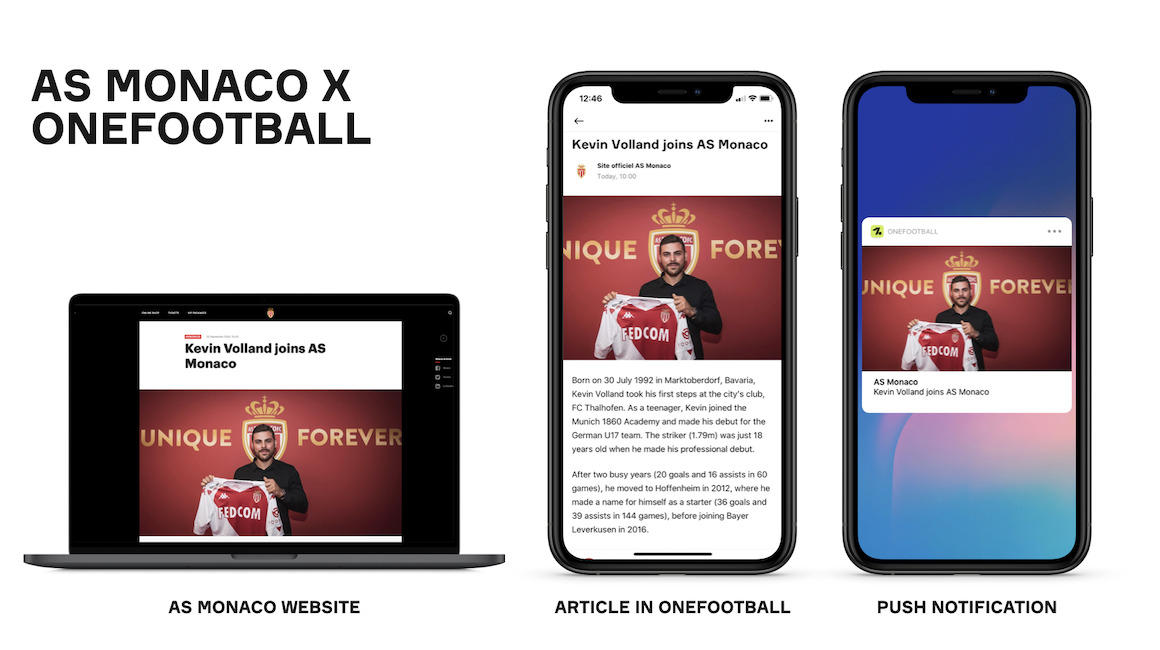 All of the latest about Les Rouge et Blanc, including statistics and live scores will be available globally in five different languages (French, English, Portuguese, Spanish and Russian) ensuring maximum reach and a customised user experience. The club news will appear in the user’s news feed and be earmarked as official club content through the incorporation of the AS Monaco logo and the famous red and white diagonal.

On top of that, through close co-operation between the editorial teams of AS Monaco and OneFootball, breaking news can be sent instantly by push notification to all app users or to segmented user groups – even exclusively to Les Monégasques, AS Monaco followers. This unique feature not only allows the club to engage with fans in real time but also ensures high visibility of targeted news articles at the user’s fingertips.

“We are very pleased to announce this partnership with OneFootball, which in just a few years has established itself as a key digital media platform for the younger generation of football fans. This innovative collaboration, which complements our current digital content ecosystem, affirms AS Monaco’s communication strategy by extending the distribution of digital content offered by the Club to a large, committed and international audience. We are delighted to participate in the enrichment of the content available on OneFootball while allowing our brand to increase its visibility and strengthen its attractiveness.”

“Today, we are excited that AS Monaco becomes the first Ligue 1 side to join the OneFootball Club Network. As fans who eat, sleep and breathe football, we know how important it is to be able to get real-time, quality, targeted content from the clubs we follow. To be able to offer our fellow fans, in all corners of the world, original content from a renowned club like AS Monaco is fantastic. We are delighted that our global footprint and user-centric approach will serve this prestigious Ligue 1 club with a truly international reputation and allow them to be a driving force in football digital innovation.”

OneFootball’s goal is to fuel the world’s football obsession.
Reaching more than 70 million football fans worldwide every month, across its platform and social media channels, OneFootball is the most popular football media platform for the new generation of football fans. It is the only app with a fully personalised homestream for non-stop news on your favourite club and the only company to offer single live football matches in-app on a pay-per-view basis.

In the spirit that football is more than just 90 minutes, OneFootball operates a 24-hour newsroom to provide fans across the world with the comprehensive football content they crave – from statistics and live scores of 200+ leagues and competitions worldwide to breaking news, highlight clips, live streaming, transfer rumours and features. Native integration from OneFootball’s network of hundreds of independent content creators, clubs, federations, players and broadcasters adds an additional 13,000+ pieces of content per week.

OneFootball is available in 12 languages and is the top-rated sports app in the world, based on millions of Apple App Store and Google Play reviews. Founded twelve years ago, the company has 220 employees at its headquarters in Berlin and regional offices in London, New York, Mexico City and São Paulo.