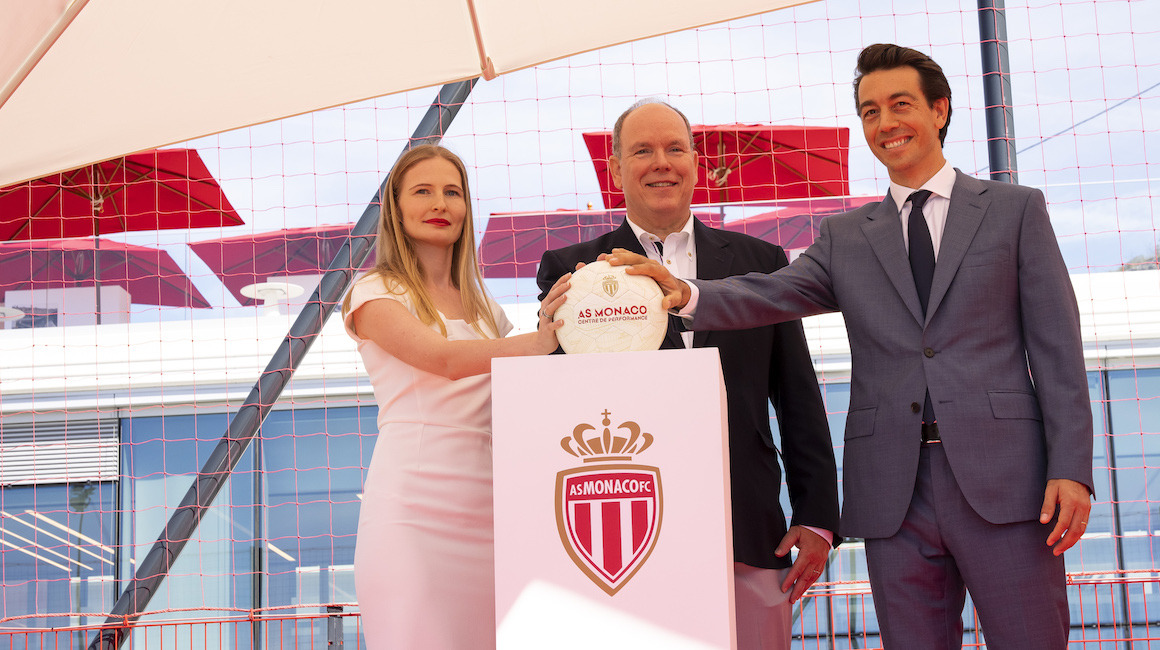 This Monday, AS Monaco inaugurated its new Performance Center, in the presence of His Serene Highness Prince Albert II of Monaco.

September 5, 2022 will be a milestone in the history of the Club.

Ahead of its centenary, which will be celebrated in 2024, AS Monaco has inaugurated its new Performance Centre, an ultra-modern working environment (see below) for the present and the future, responding to the desire of President Dmitry Rybolovlev, to offer the first team players optimal working conditions.

Started in 2018 on the site of its former Training Center, the construction of this ambitious project delivered the first part of its installation at the beginning of summer 2021. A year later, after four years of work and an investment of 55 million euros from President Rybolovlev, the Principality Club is now entering a phase of full and complete use of the site. 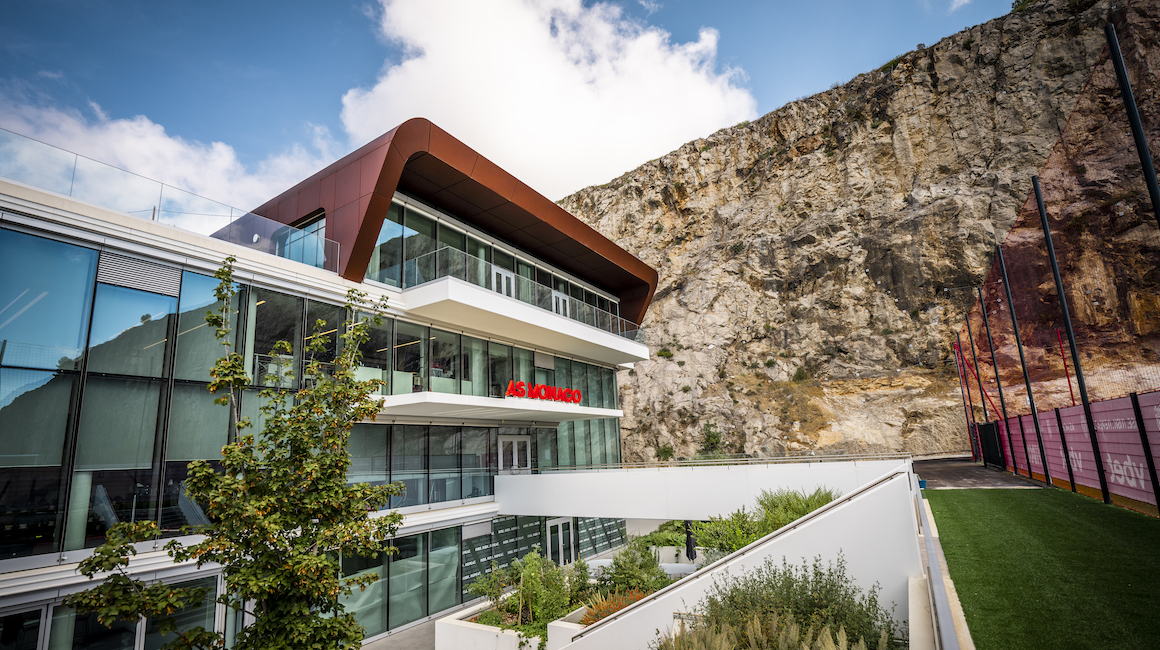 The Club was also represented by Jean-Emmanuel de Witt, its Managing Director, Paul Mitchell, its Sporting Director, Philippe Clement, the coach of the first team, as well as Wissam Ben Yedder, Axel Disasi, Youssouf Fofana, Guillermo Maripan, Alexander Nübel. Along with these were invited several members of the Rouge et Blanc family for the occasion: 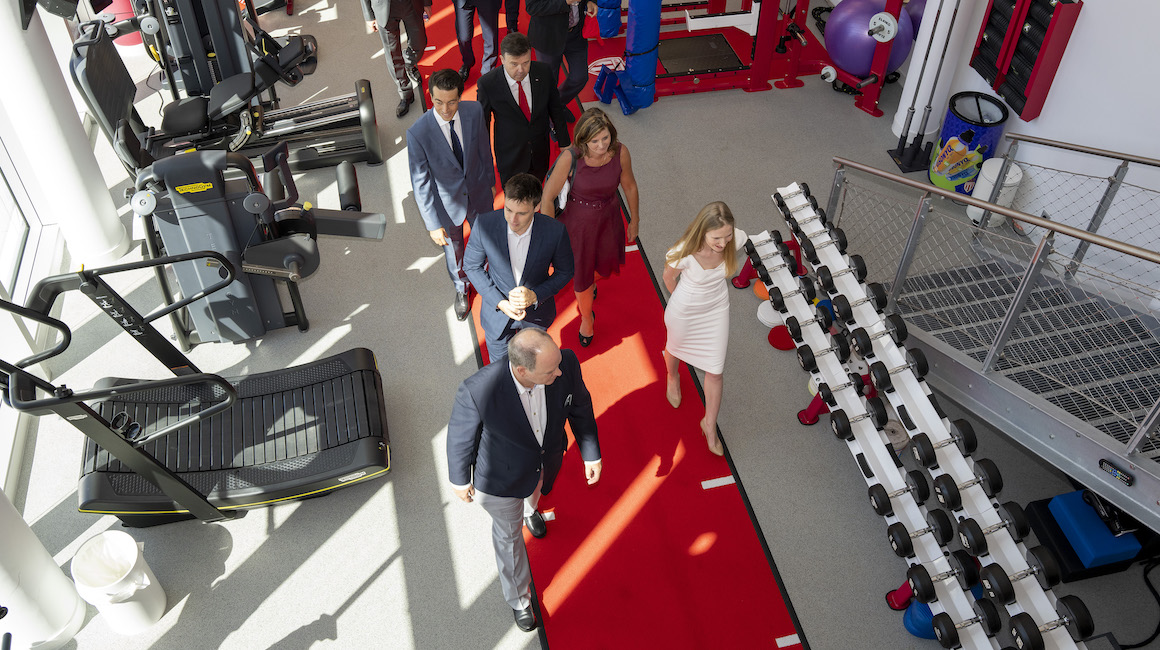 Alongside Jean-Jacques Raffaele, Mayor of La Turbie, Frédéric Genin, architect of the Center de Performance, additional guests included representatives of institutions from the Principality, France and sporting bodies (FFF, LFP, UNFP, Foot Unis), as well as companies that worked on the site (Vinci, Crudelli, Graniou, HEE and Garelli), former players and iconic coaches, such as Didier Deschamps, Claude Puel, Jean Petit and even Jean-Luc Ettori, loyal business partners and leaders from the sister club Cercle Bruges, all celebrating this event which marks a major step in the development of AS Monaco. This moment was also shared by Formula 1 driver Charles Leclerc, present for the occasion.

A new chapter in the rich history of AS Monaco has just begun.

His Serene Highness Prince Albert II of Monaco: “A new page in the history of AS Monaco opens today. This Performance Centre, equipped with ultra-modern facilities and numerous spaces dedicated to excellence, represents a strong statement of intent for the Club, for the players and for all of those who love AS Monaco. Congratulations to Mr. Dmitry Rybolovlev and all the players of the Club on the success of this project, which will allow our Club to continue to progress and reach for the stars. I am convinced that AS Monaco, through its performance, will give us all plenty of happiness. I would also like to salute all the teams who participated in the construction of this magnificent complex. All my best wishes for this AS Monaco Performance Centre.”

Dmitry Rybolovlev, President of AS Monaco, “This is a very important and historic moment for our Club. It was a major project, as difficult as it was ambitious, which allows AS Monaco to offer today for its first team and, tomorrow for the next generations of players, the opportunity to train in optimal conditions. This new complex meets the highest requirements in sporting, technical, medical and other fields. The necessary training conditions have been created at the Performance Centre to help our club achieve its goals.” 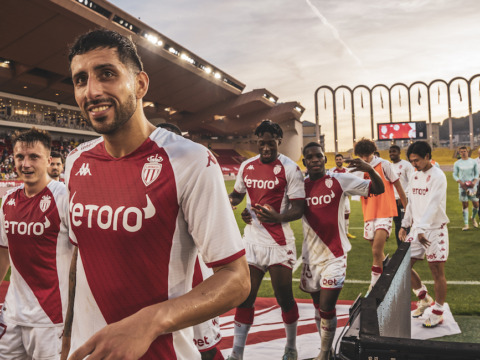