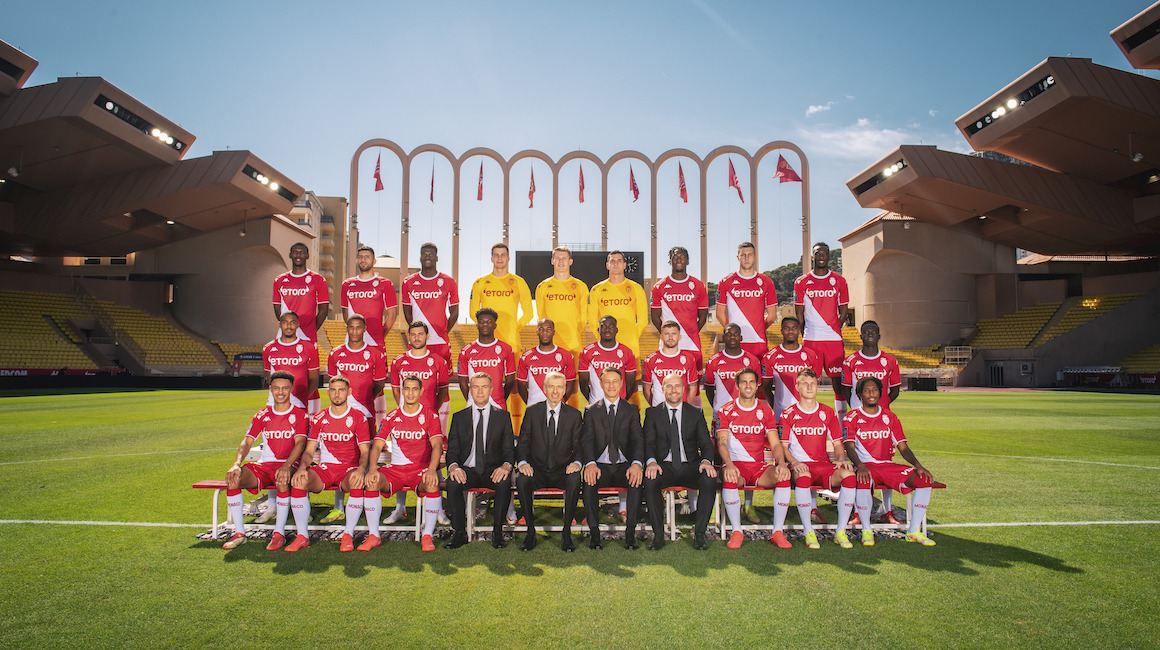 After the Oceanographic Museum, the Monte-Carlo Casio, the Hôtel Hermitage, the Place du Palais and the pitch of La Turbie last season, the Monegasques gathered a few days ago on the pitch of the Stade Louis- II for the season’s traditional official photo.

It was a homecoming, and also a nod to the sporting success of the team last year since the home of our Monegasques has proved to be one of the happy hunting grounds for Niko Kovac and his side throughout 2020-2021. Indeed, it is on this pitch that AS Monaco, the best home team in Ligue 1 Uber Eats, won a good part of the points (41 in 19 games) that allowed them to finish on the podium and earn a sixth European qualification over the last eight seasons.

Tenth anniversary of the arrival of President Dmitry Rybolovlev

For this new season — which marks the tenth anniversary of the arrival at the Club of President Dmitry Rybolovlev (December 2011) — this special place, a collective symbol of AS Monaco, was therefore ideal to bring together, under its iconic arches and the blue sky of the Principality, the first team for the occasion of the team’s official photo.

Dressed in the traditional Diagonale by the team’s equipment supplier Kappa and the official suit by TheCorner.com, the Rouge et Blanc posed in front of the camera of the Club’s photographer in the company of President Dmitry Rybolovlev, Vice-President Director General Oleg Petrov, Sporting Director Paul Mitchell and Coach Niko Kovac.