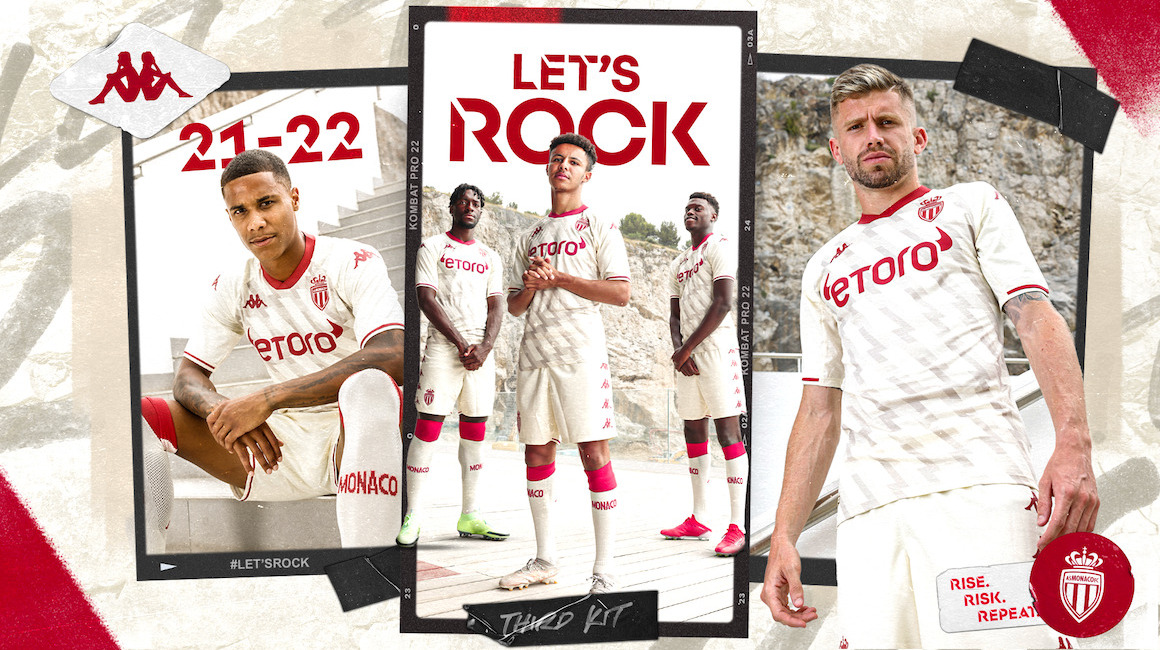 RISE.RISK.REPEAT.: AS Monaco unveils its new brand
The Principality club and Kappa present AS Monaco's new third jersey for the 2021-2022 season. The Monegasques will wear it for the first time this Tuesday, during the third preliminary round of the Champions League against Sparta Prague (7 p.m.).

After revealing the traditional red and white kit for matches played at the Stade Louis-II and the charcoal gray for those on the road on July 1 in a video with first team and Academy players, as well as rapper Krisy, AS Monaco now presents its new third jersey.

If the last season saw white in the spotlight, its place is now taken by a cream color, with slightly darker diagonal lines. The shorts and socks are also cream, with some red accents. The logo of our main partner eToro is also featured in red on the chest, as is the club crest and Kappa’s Omini. 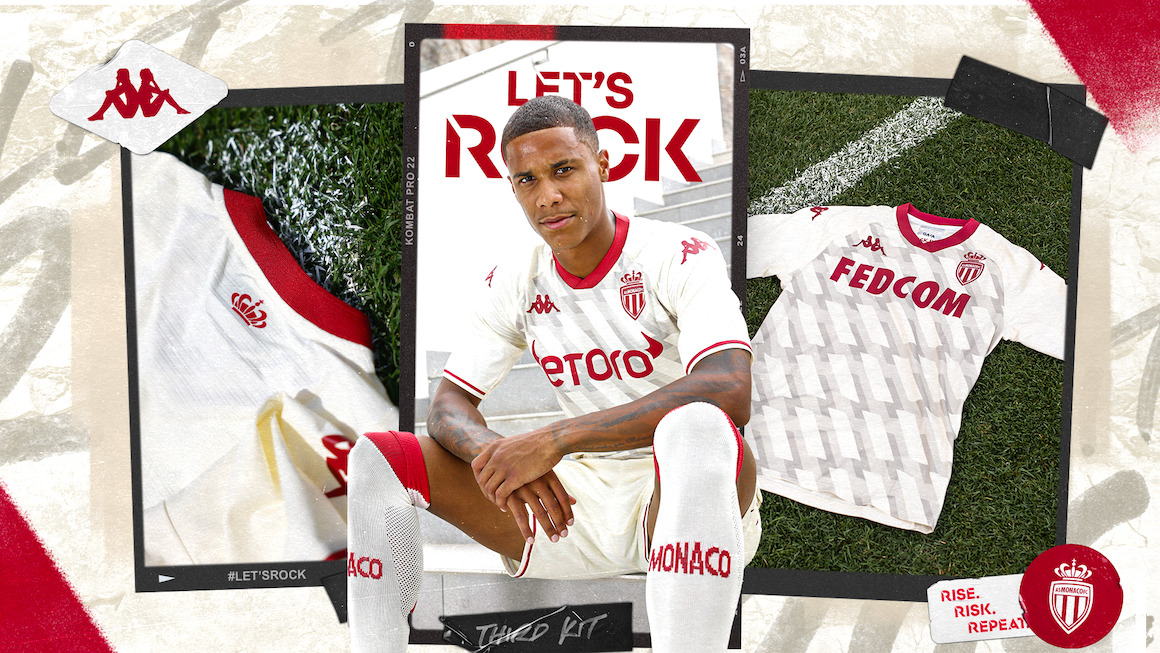 A debut on Tuesday against Sparta Prague

Niko Kovac’s men will take to the pitch in their new kit Tuesday evening (7 p.m.), for the third preliminary round of the Champions League, playing away to Sparta Prague (follow the match live on asmonaco.com).

To get your hands on one of these new jerseys, visit our official store (Les jardins d’Apolline, 1 Promenade Honoré II, 98 000 Monaco), our online store or Kappa’s own online store.