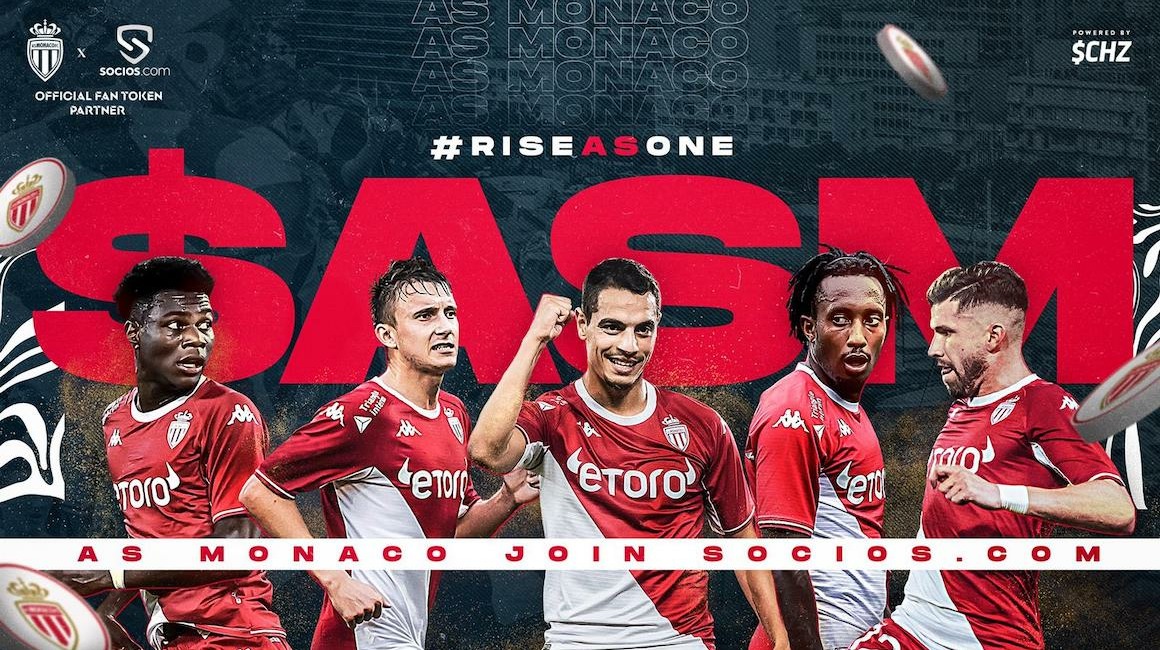 Premier Bet becomes AS Monaco’s official betting partner in Africa
AS Monaco, in partnership with Chiliz, the leading provider of blockchain solutions for the sports and entertainment industry, announces the launch of $ASM Fan Tokens on the fan engagement and rewards app Socios.com.

AS Monaco’s arrival on Socios.com will enable the club to reward its fan base worldwide and continue to assert its presence on digital platforms, particularly through its community of over 18.5 million followers on social networks.

In addition, fans will be able to test their knowledge against other fans from around the world through games, competitions and quizzes, competing in global leaderboards and earning rewards, benefits and club-related experiences along the way. $ASM Fan Tokens holders will also be able to access exclusive content and experience the “Token Hunt” augmented reality feature.

Socios.com has partnered with over 100 major sports organizations, including Manchester City, Barcelona, Inter Milan, Juventus and Paris Saint-Germain. As well as football, Socios.com’s extensive network also includes the UFC, F1 teams, several NBA franchises and major NHL, esports and cricket teams. The launch date of the $ASM Fan Token, as well as details of the offer, will be revealed shortly.

As part of the Club's digital development, finding new forms of engagement with our international fan community is a priority. The creation of the $ASM Fan Token offers this opportunity to interact with our fans in a different way, allowing them to enjoy new experiences.
Oleg PetrovVice-president and CEO of AS Monaco

> Oleg Petrov, Vice-president and CEO of AS Monaco, said :
“As part of the Club’s digital development, finding new forms of engagement with our international fan community is a priority. The creation of the $ASM Fan Token offers this opportunity to interact with our fans in a different way, allowing them to enjoy new experiences. We are pleased to partner with the Socios.com platform, a pioneering and industry-leading company with expertise in some of the most prestigious organizations in the world of sport.”

> Alexandre Dreyfus, CEO of Chiliz and Socios.com, said :
“AS Monaco is more than just a successful football club, it’s a very visible and powerful ambassador for the principality, with a cosmopolitan image and a big global following. Fan Tokens will enable the club to connect with their extensive global community of fans like never before, giving their fans the opportunity to benefit from unprecedented engagement and reward opportunities on Socios.com.”

Socios.com is a direct-to-consumer (D2C) platform that uses blockchain technology to provide the world’s leading sports organizations with the tools to engage with their global fanbases.

The company has big expansion plans and is targeting many more Fan Tokens launches around the world. Socios.com now has over 1.3 million users in 167 countries, has recently opened new regional offices in Madrid, Istanbul, São Paulo and Buenos Aires, and will soon open new offices in Italy and North America.

Socios.com has recently expanded its offering for Fan Tokens holders, launching the first ever “in game” NFTs.