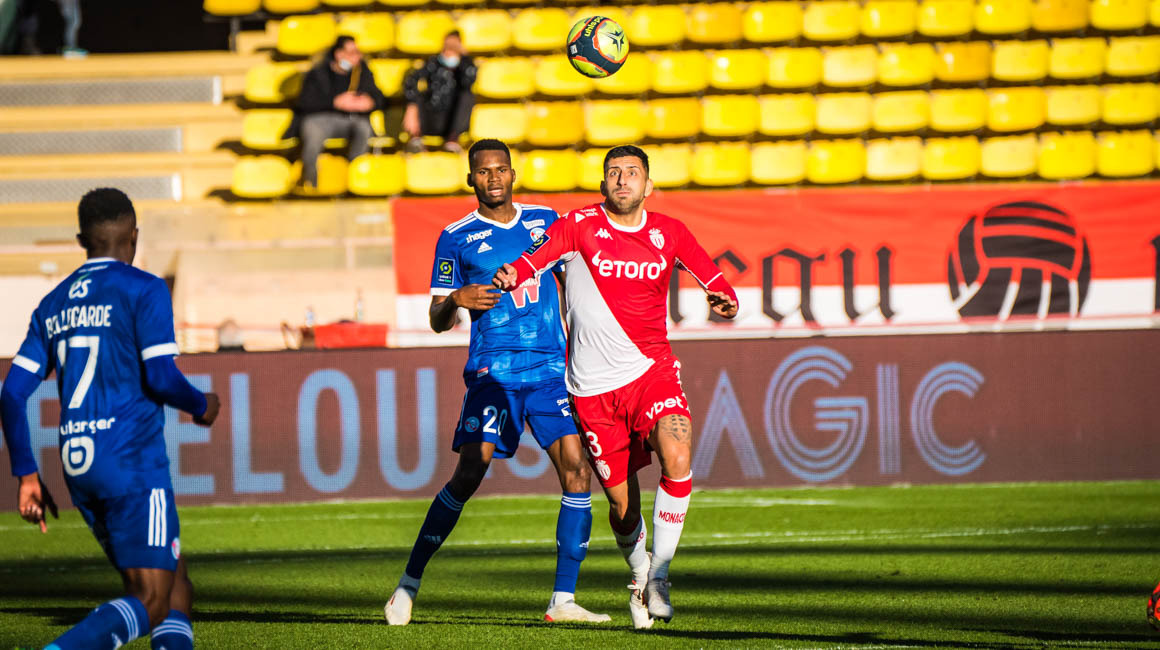 AS Monaco hosted Strasbourg this Sunday at the Stade Louis-II, as part of the 15th matchday in Ligue 1. The match ended in a draw (1-1), despite plenty of domination from the Rouge et Blanc.

It was a top-of-the-table duel this Sunday at the Stade Louis-II. Sitting eighth, AS Monaco hosted Strasbourg, who sat seventh, on the same number of points but a better goal difference (+6 against +1). It was a big clash that the Rouge et Blanc dominated throughout but unfortunately failed to win (1-1), but remained on five matches without defeat in all competitions.

Only three days after their superb victory against Real Sociedad in the Europa League (2-1), a result which sealed first place in group B and with it direct qualification for the round of 16, the Rouge et Blanc started the game in a 4- 4-2 similar to the one side which dominated the Basques this week, with Ruben Aguilar and Axel Disasi in place of Djibril Sidibé and Benoît Badiashile being the only exceptions.

Ben Yedder hits the post… …and then the back of the net!

Monaco attacked this match with intensity and were even very close to opening the scoring in the 9th minute. Well picked out by Ruben Aguilar, Wissam Ben Yedder controlled a ball in from the left before shooting from the right which only glanced off the post of Matz Sels, who then managed to clear the danger. The Rouge et Blanc continued to push and, on a header from Guillermo Maripán, the referee did not point to the spot despite Alexander Djiku seemingly having committed a handball.

After a big Strasbourg chance on a strike by Habib Diallo following a counter by Ibrahima Sissoko on the left side, the Alsatian resistance finally broke. Brought down in the area, Kevin Volland earned a penalty that Wissam Ben Yedder, a specialist in this area (4th in Ligue 1 this season), converted just before the break (45′ + 1). It was an eighth goal for our captain in the league, and just reward for a good first half of his team.

Sels keeps Strasbourg in the match

Unfortunately, this lead did not last long, since upon returning from the locker room the RCSA also earned a penalty through Ludovic Ajorque which the striker then converted (1-1, 48′). This momentary setback quieted the Stade Louis-II, which would eventually wake back up continue to push their team on.

But Kevin Volland’s attempt from the edge of the area was not powerful enough to beat Matz Sels (66′), who was again decisive on a good cross from Ismail Jakobs (75′) and another attempt by the German foward (76′). Myron Boadu was also close to scoring in the match’s final seconds, but his recovery passed a few centimeters wide of the right post.

Back in action Wednesday at Angers

Our players will not really have time to rest, though,since the next round of Ligue 1 is set for Wednesday (7 p.m.), with a trip away to play Angers, who are currently sixth place in the table, two points ahead. It’s another big match and one which we hope ends in victory. 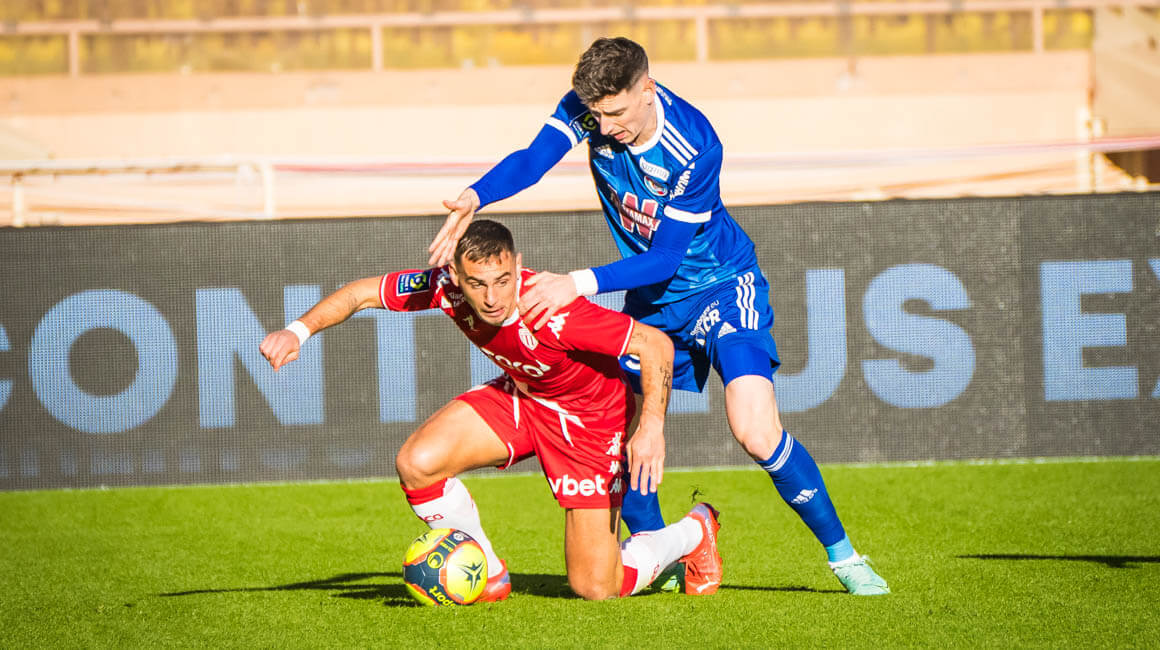