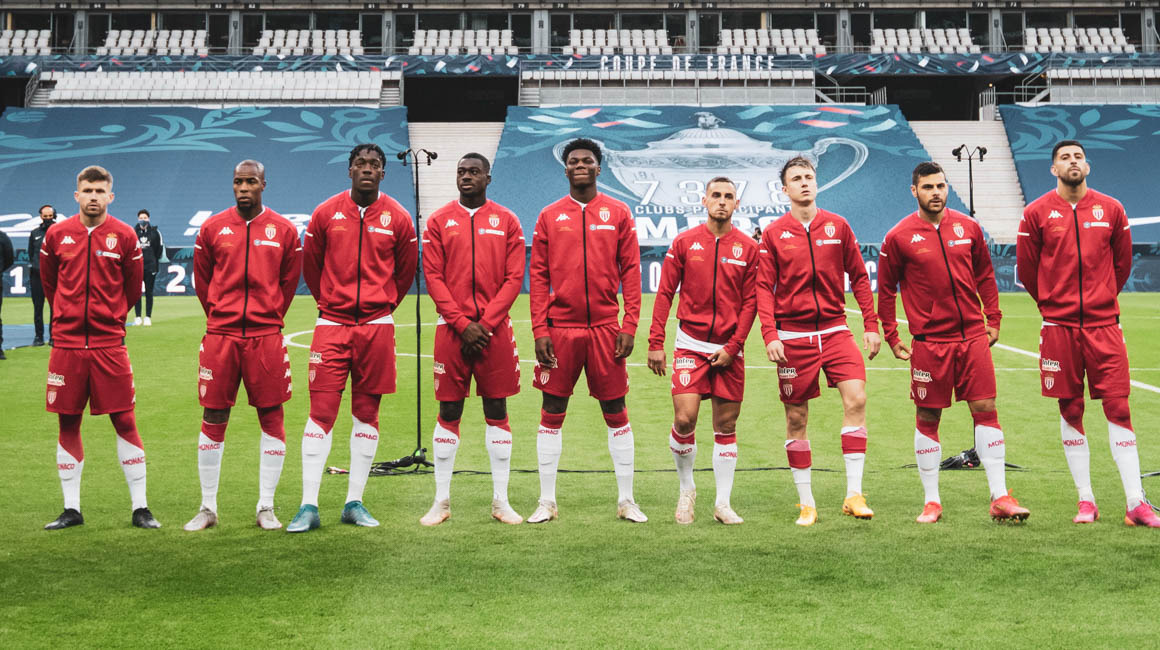 A few hours before finally knowing the end to what has been a very emotional season for the players of AS Monaco, ahead of the team's last match, a trip to Lens (Sunday, 9 p.m.), we look back at the stats that defined the Rouge et Blanc's incredible performances in 2021 .

It’s the final match of the season for Wissam Ben Yedder and his  teammates, who are preparing to play for their European future in Lens, at the Stade  Bollaert on Sunday (9 p.m.). It is therefore with a touch of nostalgia to end a season that has been fantastic in 2021, but also with a sense of pressure to finish in third place, synonymous with a place in the Champions League, that the players of the AS Monaco will endeavor to win their final battle  in the North.

A 38th and final day in Ligue 1, is one with the highest of stakes on all levels, in a league that has rarely been so close. As proof of this, with 77 points and a goal difference of +34, AS Monaco is the best third-played side in the history of the French league at this stage of the competition, in the era of a victory counting for three points, just ahead of Nice in 2016-2017 (77 points, +27). However, Niko Kovac’s men are still not guaranteed to finish the season on the podium. 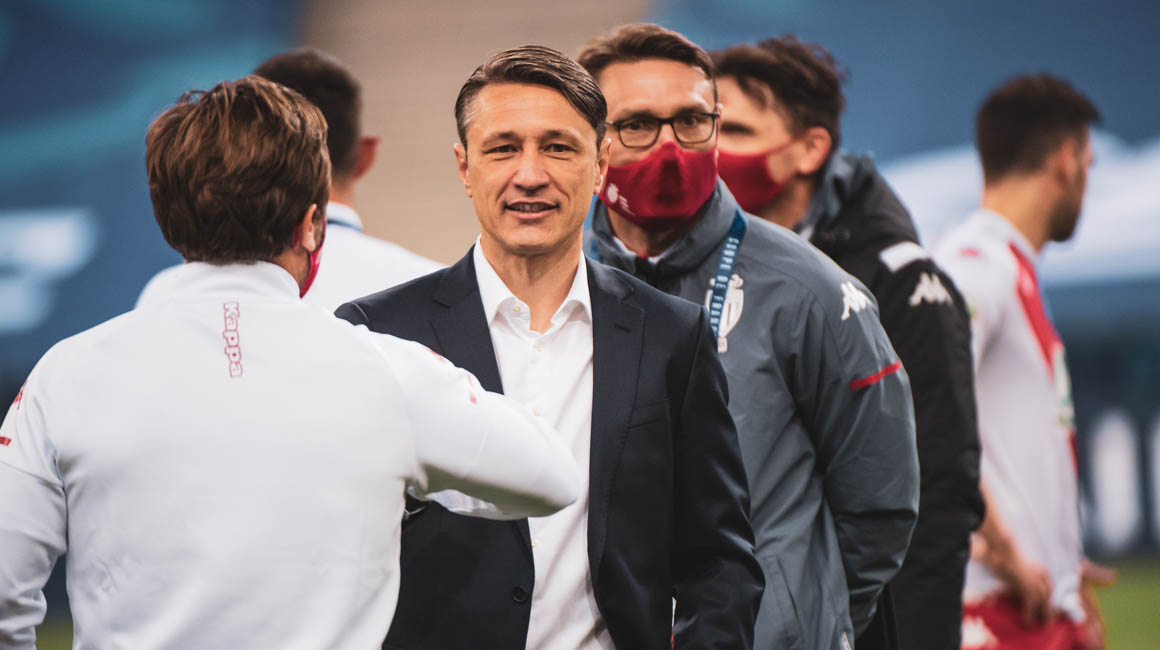 Despite everything, and whatever happens in this last round of the season, the Rouge et Blanc‘s run so far remains extraordinary, with just three losses in their last 28 games in all competitions. Here’s a look back at the stats that defined 2021.

As well as scoring the most top-flight goals in 2021 (46 goals, or 2.2 goals/game), Niko Kovac’s side  also have one of the best defenses this year. With only 17 goals conceded and 10 clean sheets, the Rouge et Blanc thus have a goal difference of +31 in 2021. However, this comes after  a very unfavorable goal differential compared to the top three at the end of December (+3).

Proof of their incredible offensive success, coupled with an sound defence developed over the course of several matches, the partners of Benjamin Lecomte, author of eight clean sheets in his last nine outings, have won six games by at least three goals in 2021 (Lorient, Angers, Saint-Etienne, Metz, Dijon, Bordeaux).

AS Monaco have scored 31 set piece goals in Ligue 1 this season (11 from corners, 3 directly from free kicks, 5 from an indirect free kick and 12 from the penalty spot). That’s at least 8 more goals than any other team in the top flight. 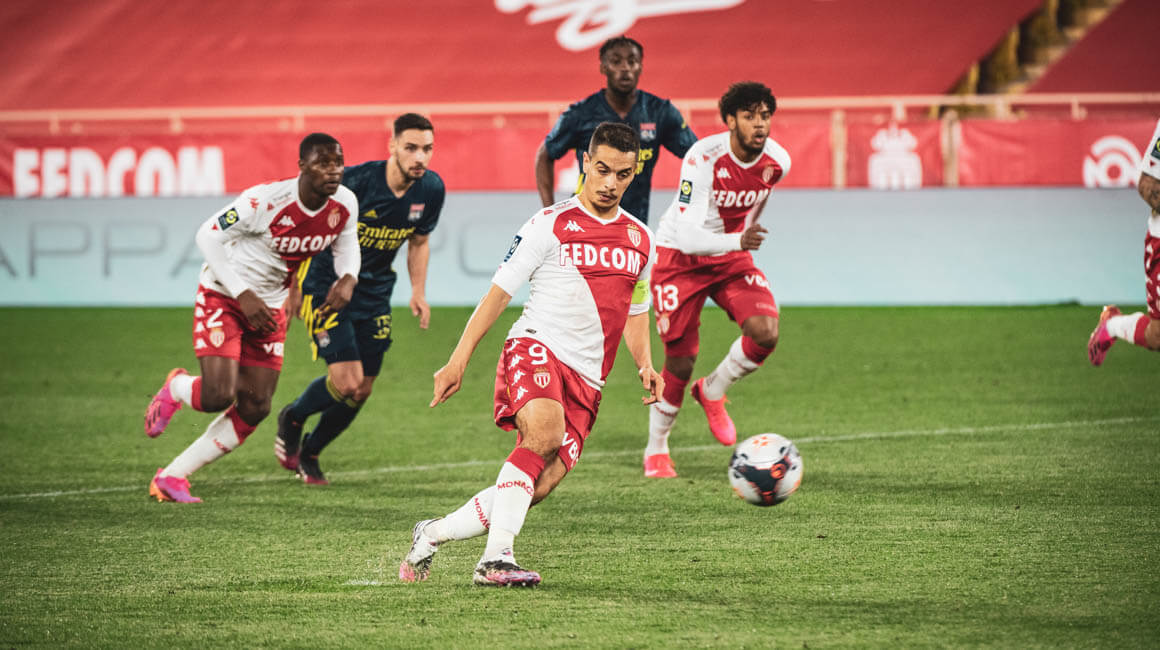 21 goals from the bench

In 2021, AS Monaco can also count on what has been an efficient and decisive bench to make the difference in the second half. Since the match against Lorient on January 6, Monegasque substitutes have been involved in 21 of the team’s 46 goals scored in L1 this year (14 goals and 7 assists), or 46% of all Monegasque goals. Over the course of the season, they have accumulated 18 goals and 11 assists, or 38% of the team’s total (29 goals out of 76).

The most decisive duo in Ligue 1

Ligue 1’s most prolific duo have a name: Yedderland. With 36 goals and 14 assists between them, Wissam Ben Yedder and Kevin Volland have been involved in 50 of the 76 goals scored by AS Monaco this season (66%). The French international (13 goals and 3 assists), who scored his 100th top-flight goal against Lyon, and the German striker (9 goals and 3 assists) are also among the most prolific players in the top flight in 2021.

Aleksandr Golovin has been involved in 14 goals in 20 games for Monaco in Ligue 1 this season (5 goals, 9 assists). Only Andrey Arshavin (17 with Arsenal in 2010/11) has been done so more often  in the same season in the five major European leagues over the last 15 seasons among Russian players.

7 goals with help from Benjamin Lecomte

Benjamin Lecomte could play his 250th match in Ligue 1 against Lens (119 with Lorient, 75 with Montpellier, 55 with Monaco). He has been involved in 7 plays leading to a goal in 2020-2021, more than any other goalkeeper in the French league. 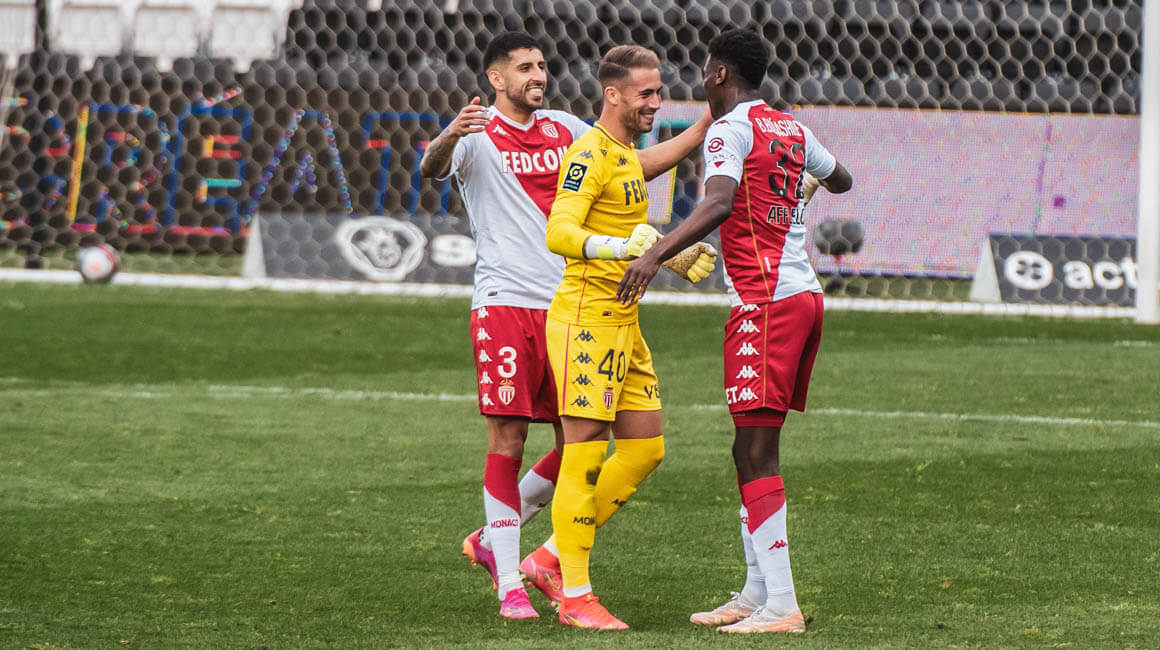 336 recoveries in the attacking third

AS Monaco are the team with the most recoveries in the final third in Ligue 1 this season (336), but Lens are the team with the fewest (211). ASM have scored 12 times following a one of these recoveries – including 5 times in their last 7 Ligue 1 games – for the best total in the top flight in 2020-21. Moreover, with 174 balls recovered in 2021, Aurélien Tchouameni is by far the best in this measure among Ligue 1 players.