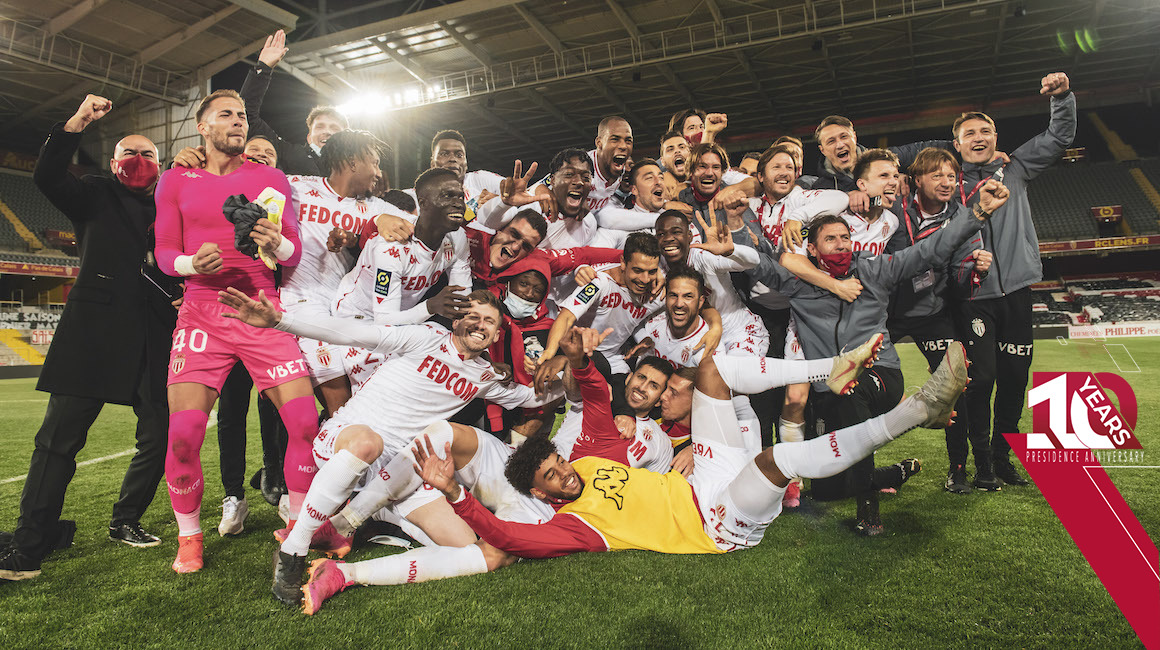 Despite dominating throughout, AS Monaco conceded a draw at Lens (0-0). It was, however, a result without consequence as the Rouge et Blanc finished in third place, earning a place in the Champions League playoffs again, three years after their last season in the competition.

For this match, decisive in the chase for the Champions League, Niko Kovac unsurprisingly set his side out in a 4-4-2, with Gelson Martins and Benoit Badiashile back in the eleven, and Wissam Ben Yedder and Kevin Volland leading the attack. 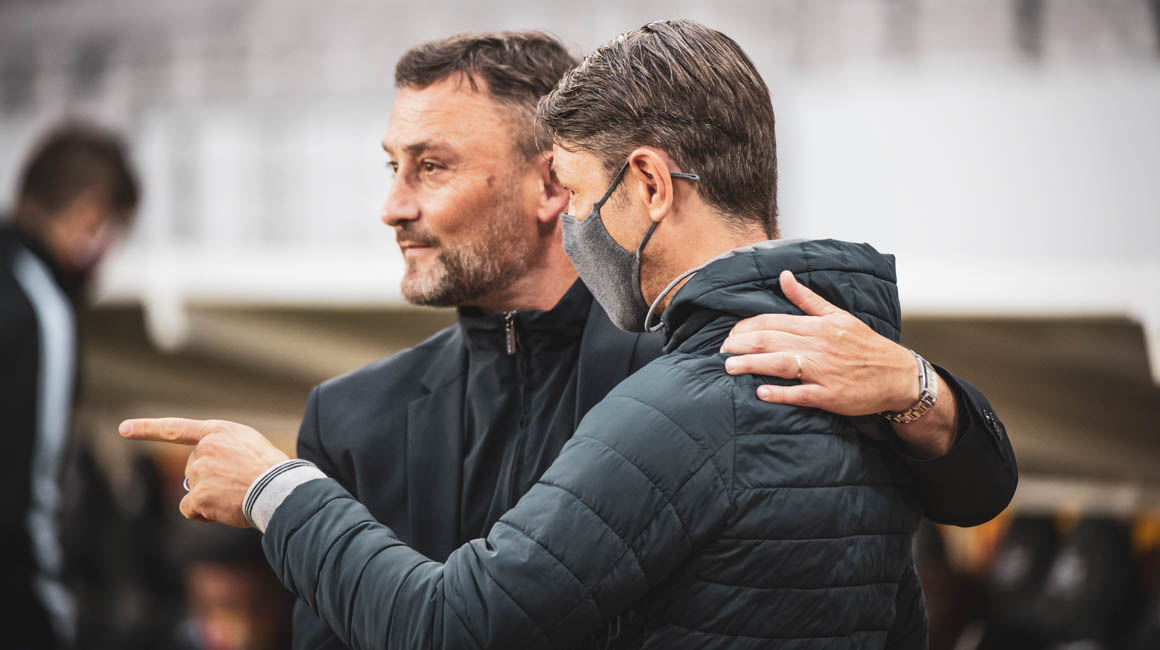 A goal flagged off for AS Monaco

The start of the match went largely in favor of the Rouge et Blanc, who kept the ball from Lens. In the 9th minute, we thought Benoit Badiashile had opened the scoring on a free kick which was well-taken by Aleskandr Golovin, but the defender  was flagged off. AS Monaco were totally bossing the match, though, and the chances kept coming.

Two minutes later, the Russian’s shot narrowly missed, while Wissam Ben Yedder’s chip was also off-target (13th). The Principality club were doing well, and only lacked a finishing touch, as Gelson Martins then was denied by Jean-Louis Leca from a tight angle (19th).

A one-sided first half

A minute later, the Monegasque number 9 created another opportunity. Well played-in by Kevin Volland, Wissam Ben Yedder again saw his shot miss the target (20th). Then it was the German international’s turn to come up short against the Lens goalkeeper, after he unleashed a powerful strike that looked headed for the top corner (30′). 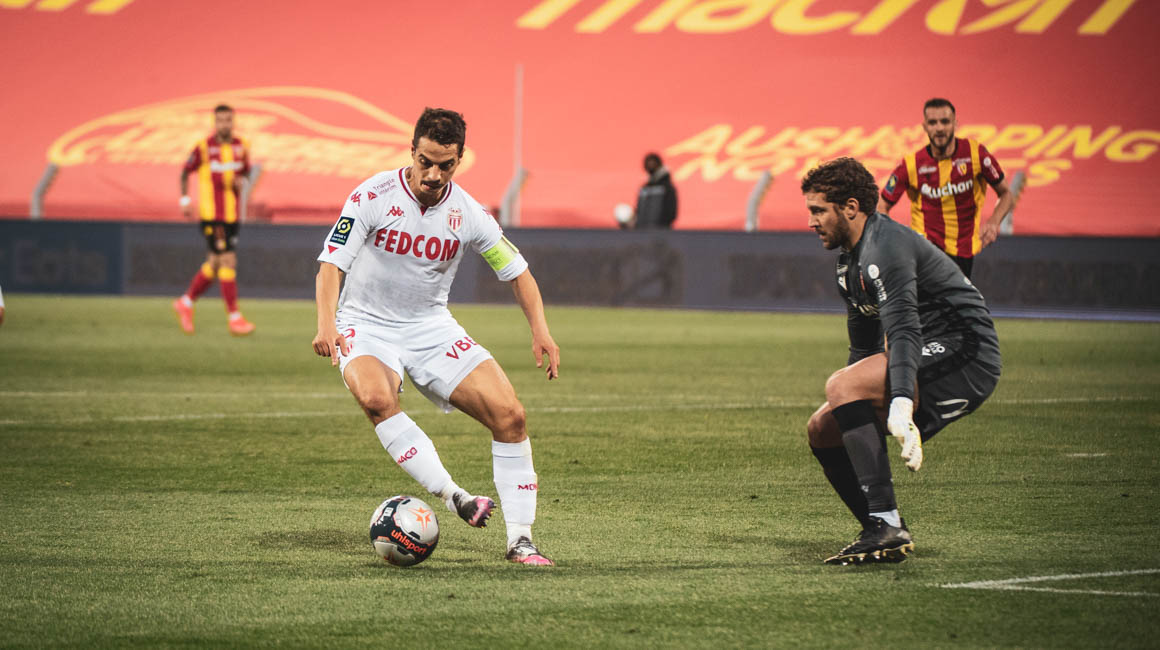 For his part, the captain of the Rouge et Blanc saw his shot cleared off the line by a Lens defender (35th). With 12 shots and 65% possession, all AS Monaco were missing was a goal in the first half.

AS Monaco continued at the same pace in the second half and created its first chances, first through Youssouf Fofana whose shot was off target as Jean-Louis Leca seemed beaten (52nd) before Kevin Volland then saw his shot blocked by a Lens defender.

On the other hand, it was the Lensois who would have the biggest chance of the half. On the counter, Seko Fofana cut in from the right against Benjamin Lecomte, but his powerful attempt hit the post. (76th). 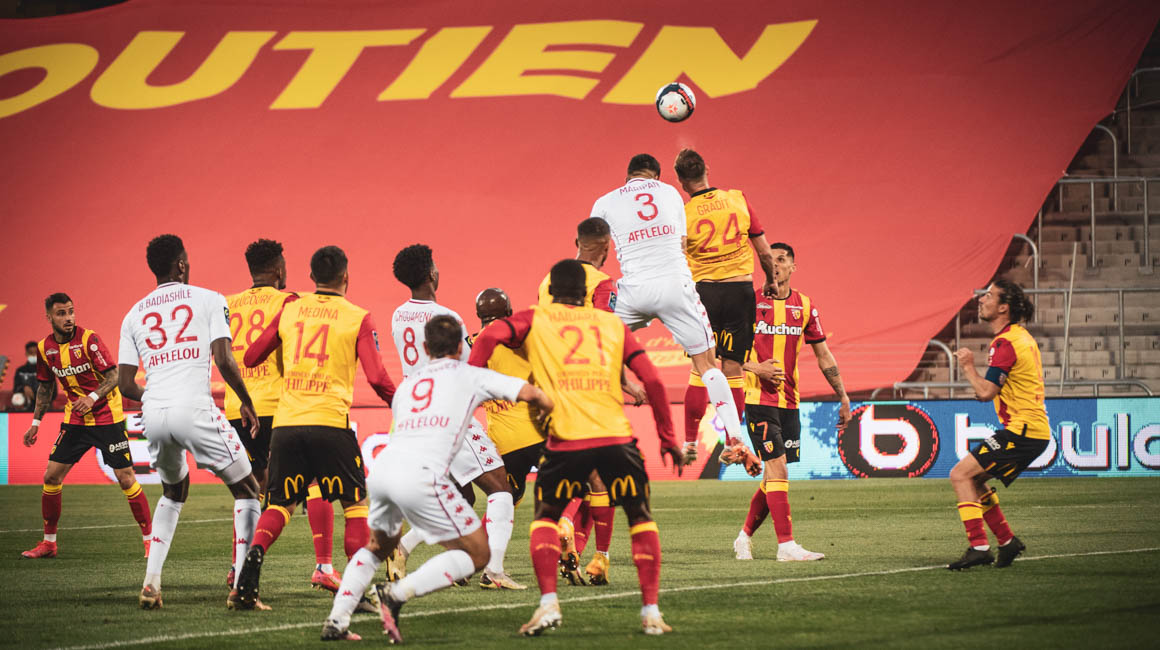 A stressful but happy end to the game

No doubt worn down by  fixture congestion, despite Krépin Diatta and Cesc Fàbregas coming on, the Monegasques had more difficulty controlling the game and were content to hold on for a draw. The score was enough to stay in third place, as at the same time, Olympique Lyonnais lost at home against OGC Nice.

The match therefore ended goalless (0-0) despite attacking changes from both the Lensois and AS Monaco, but the Principality side finished in third place, on 78 points. Three years later, the Rouge et Blanc are back in the Champions League playoffs.