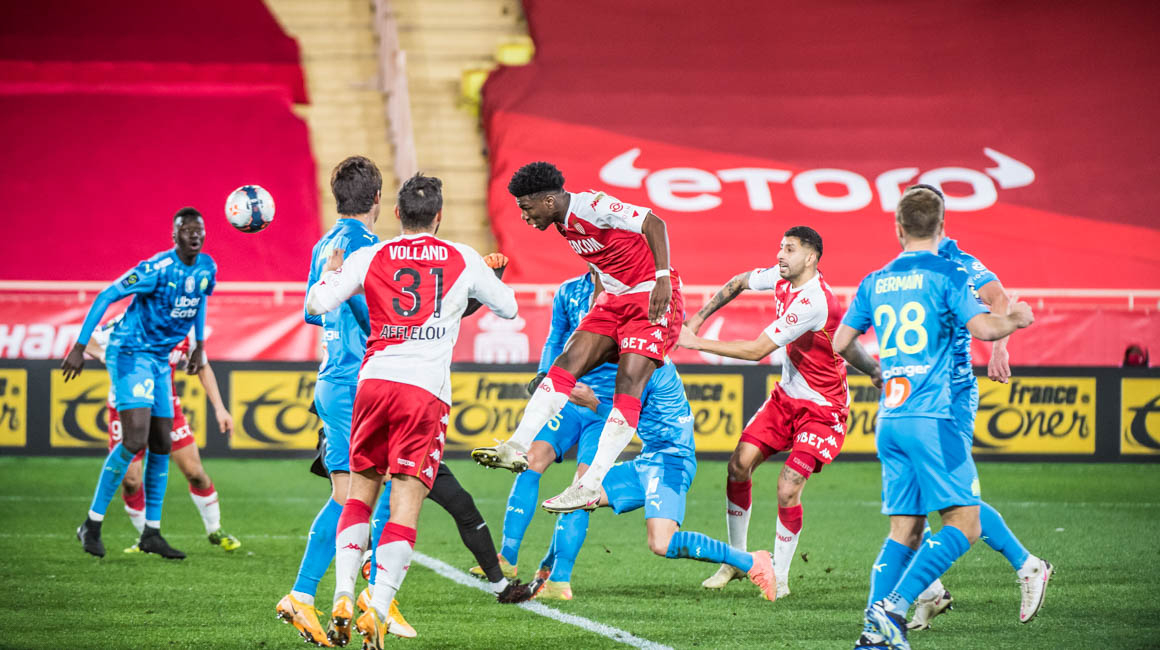 A fourth straight win for the Red and Whites against OM
Resplendent in the heart of midfield in the second period and author of his first goal with AS Monaco, the young Monegasque midfielder presented himself with a broad smile at a press conference after the victory against OM (3-1 ).

Niko Kovac had been asked before the meeting about the success of his two defensive midfielders. The Rouge et Blanc coach replied that he was indeed expecting more from them in an attacking sense and at least two goals each this season. Aurélien Tchouameni did half of that on Saturday night, giving AS Monaco the lead, in match that finished 3-1 against Olympique de Marseille, in the big match of the 21st round of Ligue 1. It was a first goal in the Principality for the young Monegasque midfielder, who was very satisfied after the team’s fourth victory in a row. 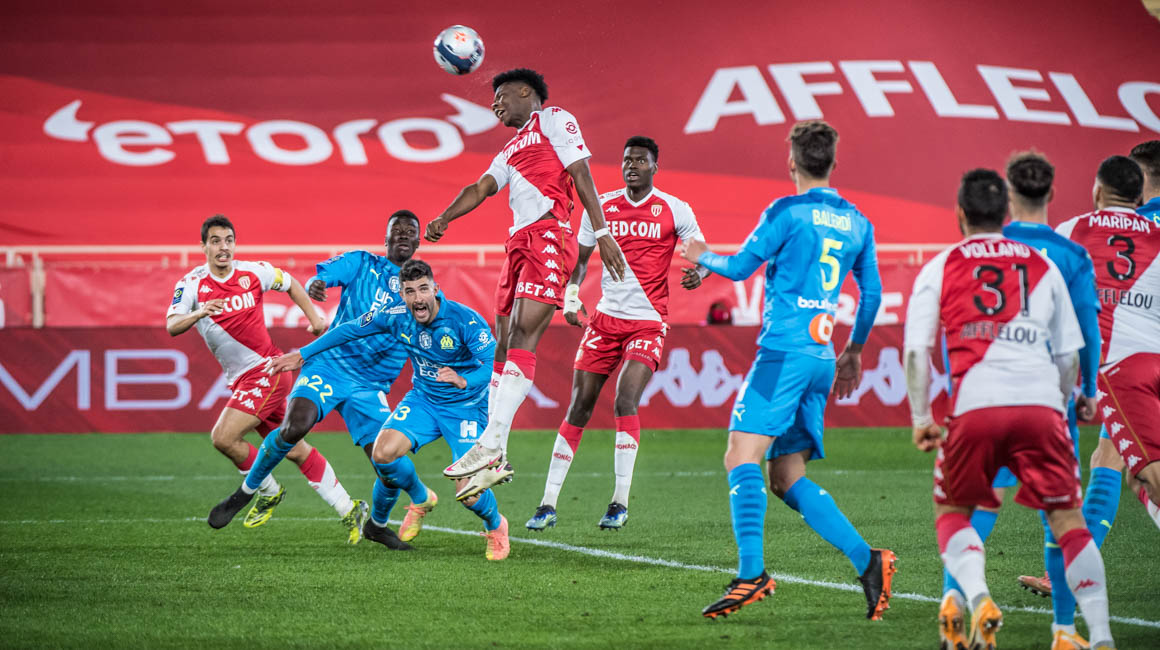 Good evening Aurélien. Set pieces are a strength for AS Monaco, how do you explain it?

Quite simply through hard work. On the eve of the match, we are always working on the set pieces. Depending on the weaknesses of the opponent, we change our tactics. They are generally very well taken, which is why we score so many. The staff explain to us how to surprise the opponent through our video work. So we know what to do. It’s going pretty well for the moment, and the proof was there again this evening.

Do you take them the same or do you change depending on the opponent?

We have several tactics to try, depending on the opponent. Otherwise it would be too easy to read us. Sometimes we shoot them at the near post where Kevin likes to come off the line. We have different plays to create confusion among opposing defenders. This allows us to have a larger set of options. Aleksandr delivered two incredible passes, has a very good eye for that sort of thing. We see it every day in training and in matches. It’s one more strength for us. 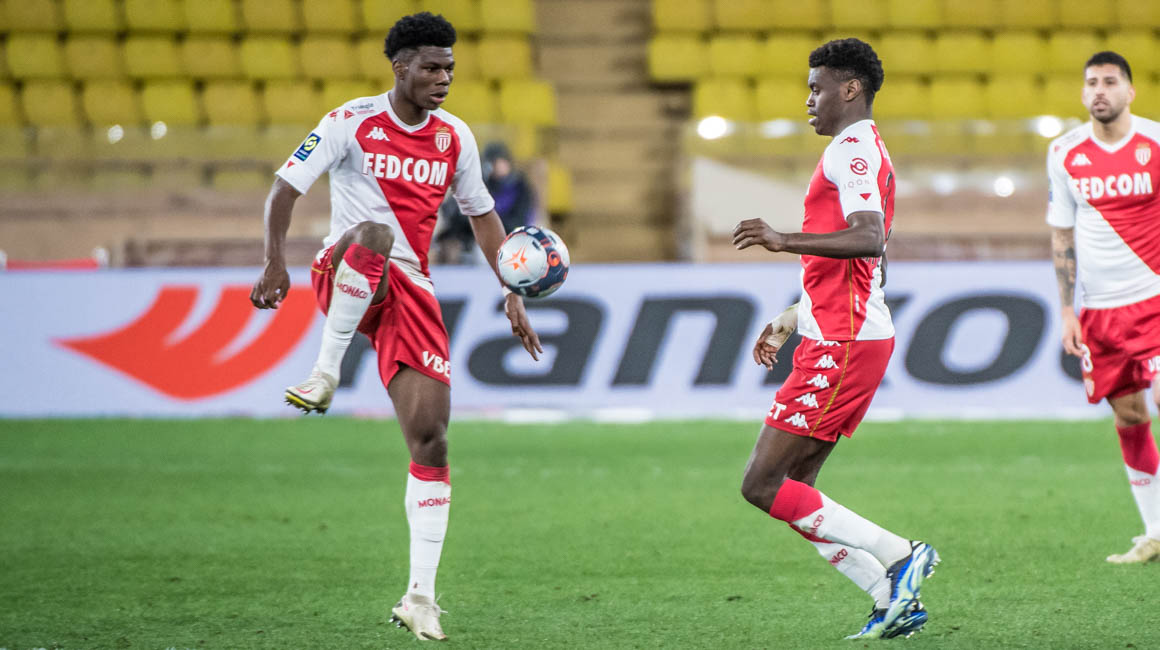 We have to be ambitious. We are looking ahead but also behind us, everything can change very quickly. As I told you, it will depend on our form. We struggled in December, but right now everything is working fine.
Aurélien Tchouameni

We sensed confidence in the Monegasque squad tonight …

It’s a big win for sure tonight. This is the fourth in a row, which is good for us. But it’s only three points, we have an important trip to Nantes next week. We must continue this good run.

Are AS Monaco a candidate for the podium?

Yes, if we keep delivering this type of performance. We have to be ambitious. We are looking ahead but also behind us, everything can change very quickly. As I told you, it will depend on our form. We struggled in December, but right now everything is working fine. We must continue to take points.

You have a young team, does it seem stronger by the day?

I hope we have another level in us. We know better and better the expectations of the coach. The first fifteen minutes could have been improved upon, we still had some way to go. The coach emphasizes the physical aspect of our play. We have to be ready to push on. It’s a daily grind, but it pays off. We’re tired at the end of the match, but I feel like we were physically superior at the end of the game. We can push to score a goal at the end of the match to gain the upper hand or to keep the score. 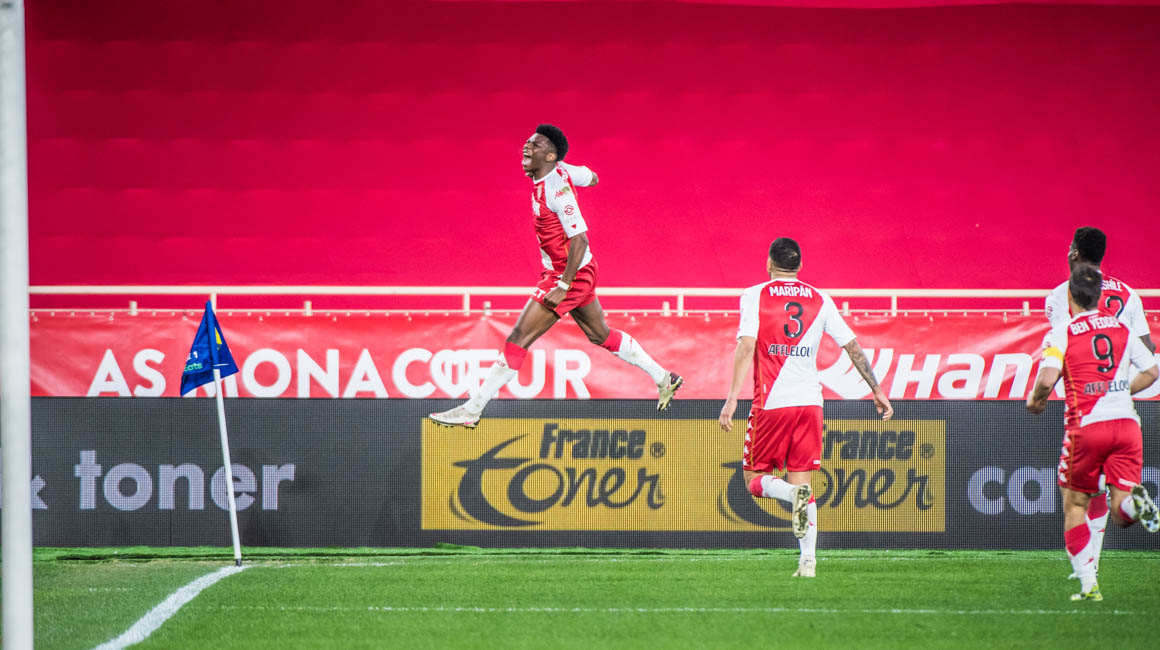 At last, it's a real pleasure! A midfielder must be able to do his defensive work but also to put in work further up the pitch, with results. I hope this is not the last. It’s all the more satisfying as it’s the goal that allowed us to take the lead.
Aurélien Tchouameni

How is the integration of Krépin Diatta going?

He had a great spell on the pitch, it’s not easy to come on for game like this after only arriving only two days ago. He only had one practice. He is a high quality and very intelligent player. It is therefore easier for him to join a side like ours.

At last, it’s a real pleasure! A midfielder must be able to do his defensive work but also to put in work further up the pitch, with results. I hope this is not the last. It’s all the more satisfying as it’s the goal that allowed us to take the lead.

How do you judge Marseille’s performance tonight?

They got into the match well, they were keen to put on a good performance after a bad run. Our first goal may have been preventable, but we kept pushing throughout the game. We remained calm and we won this match quite logically in the end.