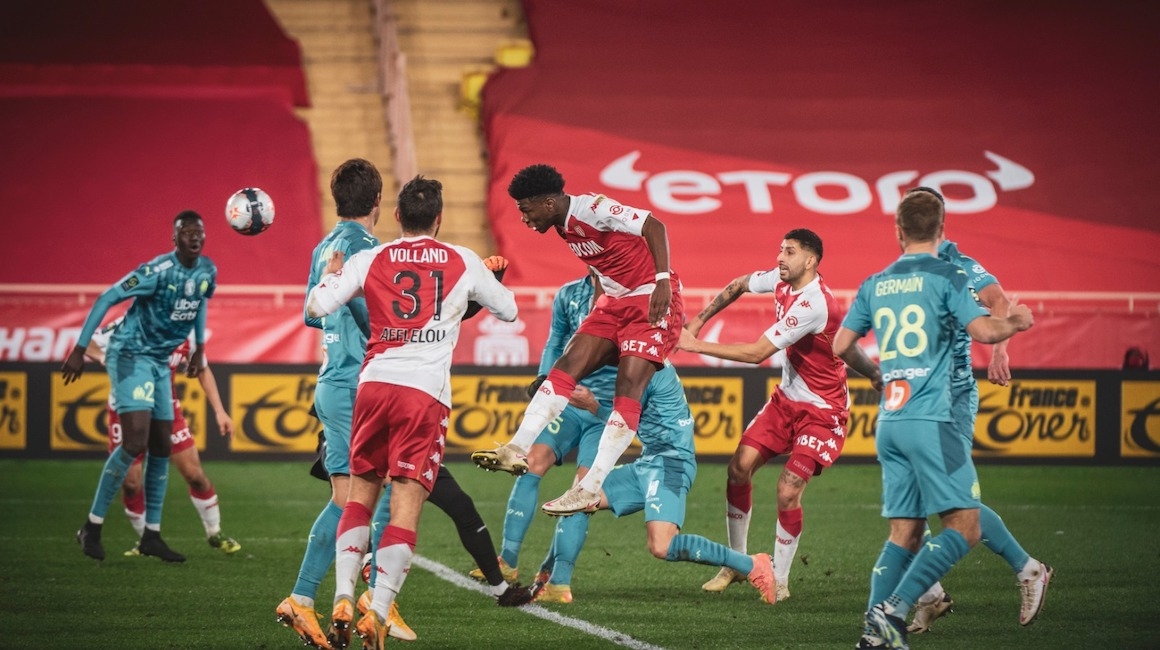 Guillermo Maripán : "Continuer sur cette bonne série"
The Red and Whites recorded a fourth victory in a row in the big match of the 21st Matchday in Ligue 1 against Olympique de Marseille (3-1), provisionally moving just one point off the podium.

To face Olympique de Marseille, Niko Kovac decided to pick the same starting XI that he had last week in Montpellier, which gave the Monegasques a third straight victory (3-2). During the first minutes of the match, Les Olympiens were well organized, showing their intention of getting back on track after three poor results, including two defeats at the Stade Vélodrome. 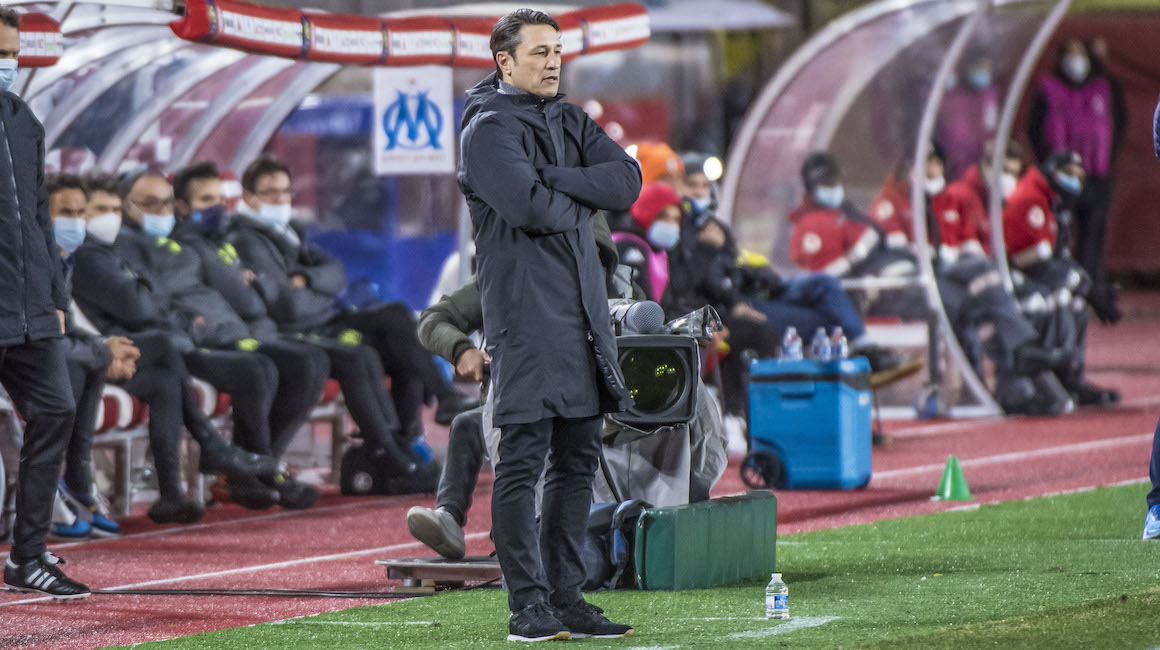 A sluggish first half

On the first Marseille attack, Nemanja Radonjic opened the scoring on a long ball from Duje Caleta-Car from deep in his own half (0-1, 12th). I was enough motivation for the Rouge et Blanc to wake up and regain control of the match. Wissam Ben Yedder and his side were frustrated, though, against the Marseille defence on numerous occasions, the visitors playing with a low and compact block.

Nevertheless, the Principality club created a great chance for Kevin Volland at the end of the first half. Following a delightful pass from Youssouf Fofana, the German international forced Steve Mandanda into a diving save (40 ‘). Then in the next minute, it was the turn of his captain, Wissam Ben Yedder, to try to beat the Olympian defense, again without success (41st). André Villas-Boas’s charges proved to be opportunistic, having been successful on their only real attack during those first 45 minutes. 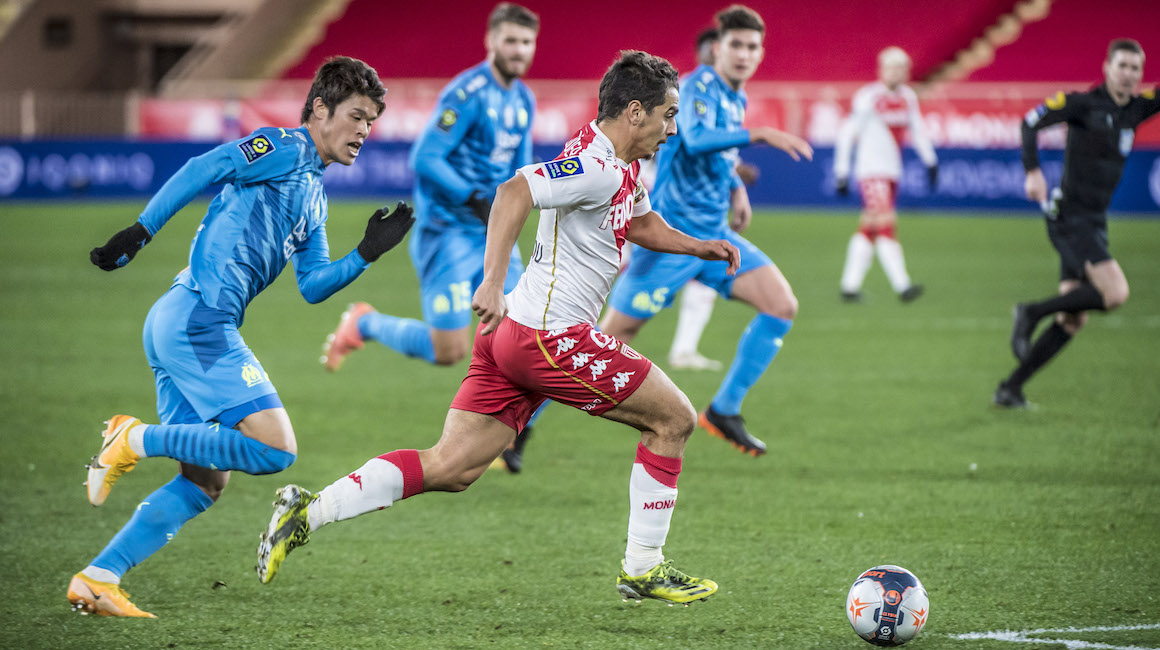 Right from the whistle to start the second half, the Monegasques were dominant, though. Having come on a few moments earlier, Aleksandr Golovin took a corner from the right which picked out Guillermo Maripán at the far post. The header by the Chilean international was perfect and flew into the top corner of Steve Mandanda’s goal. The match was all square (1-1, 47th), and shortly thereafter Wissam Ben Yedder came very close to putting AS Monaco in front but Mandanda prevailed in their one-on-one.

Looking stretched, the visitors failed to trouble the Monegasque midfield, who were well organized, notably the impeccable Aurélien Tchouameni on the night. The latter even scored to give the Red and Whites the lead. Following a corner, again taken by Aleksandr Golovin, the Monegasque number 8 headed home to beat Steve Mandanda, who was left stranded on his line (2-1, 75′). With a narrow lead to protect, Niko Kovac’s men remained serious until the last seconds of the match.

A sublime free kick from Jovetic

To cap a fine evening of football, the end of the game was marked by a brilliant free kick, perfectly executed by Stevan Jovetic (3-1, 90′). The Montenegrin striker hit a veritable missile into the top corner to seal the outcome of the match. With this fourth victory in a row, the Monegasques are now seven points ahead of Olympique de Marseille. Niko Kovac’s men are getting closer to the podium after pocketing 16 points out of the last 18 possible. The next AS Monaco match will be next Sunday, at the Stade de la Beaujoire against Nantes (9 p.m.).