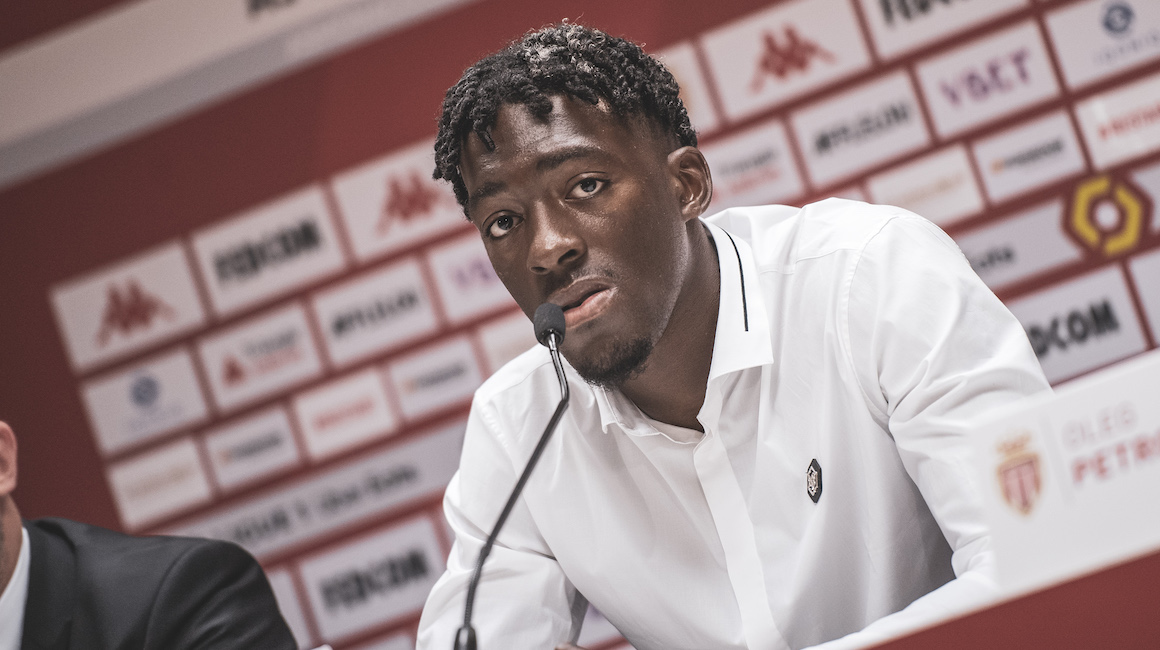 In the footsteps of Axel Disasi

Les premiers pas d’Axel Disasi by Youssouf Fofana
Two days before the first match of the league season, Axel Disasi spoke to the press for the first time. The new AS Monaco defender looks back on his career, his first impressions since his arrival and on Sunday's special meeting against his former teammates.

Axel Disasi was officially presented to the press today alongside Oleg Petrov and Paul Mitchell. AS Monaco’s new number 20 spoke about the player that he is, but also looked back on his career, from his time with Paris FC’s academy to his first days at the Club. All of this, of course, comes without forgetting the special match that awaits him this weekend against his former teammates.

I am very happy to be at AS Monaco. I thank the President and Paul Mitchell for their confidence. I hope to repay the confidence they showed in me and I can't wait to start the league season with my new team.
Axel DisasiDefender, AS Monaco

On the match against his former club, Reims, this weekend

It's a match that is going to be quite special for me, it's true, because a few weeks ago I was in Champagne-Ardenne. I am on the other side today, but I will stay focused. It will certainly be weird to play against former teammates, but a match is a match and I no longer play in their colors. I will give my all for AS Monaco.
Axel DisasiDefender, AS Monaco

On his new experiences since joining AS Monaco

I would say the main difference compared to before is that here everything is done at 100%. There's no slacking off, we're working very hard with Niko Kovac and that's a good thing. Off the pitch, he's quick to smile, he's a person who jokes a lot, but when he's on the pitch, it's about the work.
Axel DisasiDefender, AS Monaco

On his new teammates

When I arrived, I already knew the players a bit because one of our last matches with Reims was against AS Monaco. Wissam Ben Yedder is coming off a very good season and working with him on a daily basis confirms what we saw in the league. He is a very efficient striker, he is one of the players who have impressed me the most, but above all I would say that he is a continuation of what I saw last year.
Axel DisasiDefender, AS Monaco 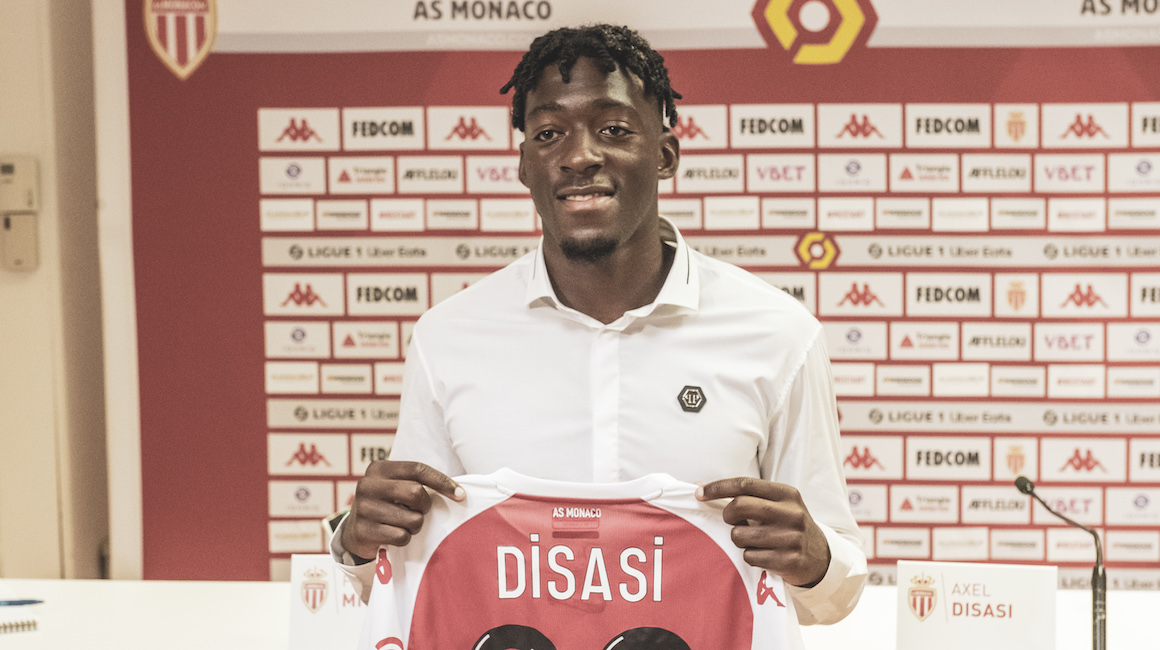 I am becoming a part of the squad little by little, I'm taking my bearings, I've been here for two weeks and it's going very well. Each group of central defenders has its own characteristics. With Yunis Abdelhamid, we had ours, but now it's a thing of the past and it's up to me to find new partners to make it go as well.
Axel DisasiDefender, AS Monaco

My size is an advantage, I am comfortable in the air and in my sense of anticipation. I also try to play the ball out from the back cleanly, to have fun on the pitch and above all to follow the coach's instructions. I'm a player who works for the team and I hope to bring my defensive strength to bear.
Axel DisasiDefender AS Monaco

I came to AS Monaco for its very ambitious project. I, too, have ambitions and seeing players like Dayot Upamecano, for example, succeed, gives me the means to reach my own ambitions and it's up to me to work hard so that I and AS Monaco can play in Europe in order to meet our goals.
Axel DisasiDefender, AS Monaco

Paris FC works very well with its young players. It is a very education-based club, with a family atmosphere. From the youth teams to Ligue 2, the work is really well done. Today, players who have been there are of a very high level and maybe there will be more. Overall, in France, we have a very good generation of defenders. The French national team will be well supplied in the years to come.
Axel DisasiDefender, AS Monaco 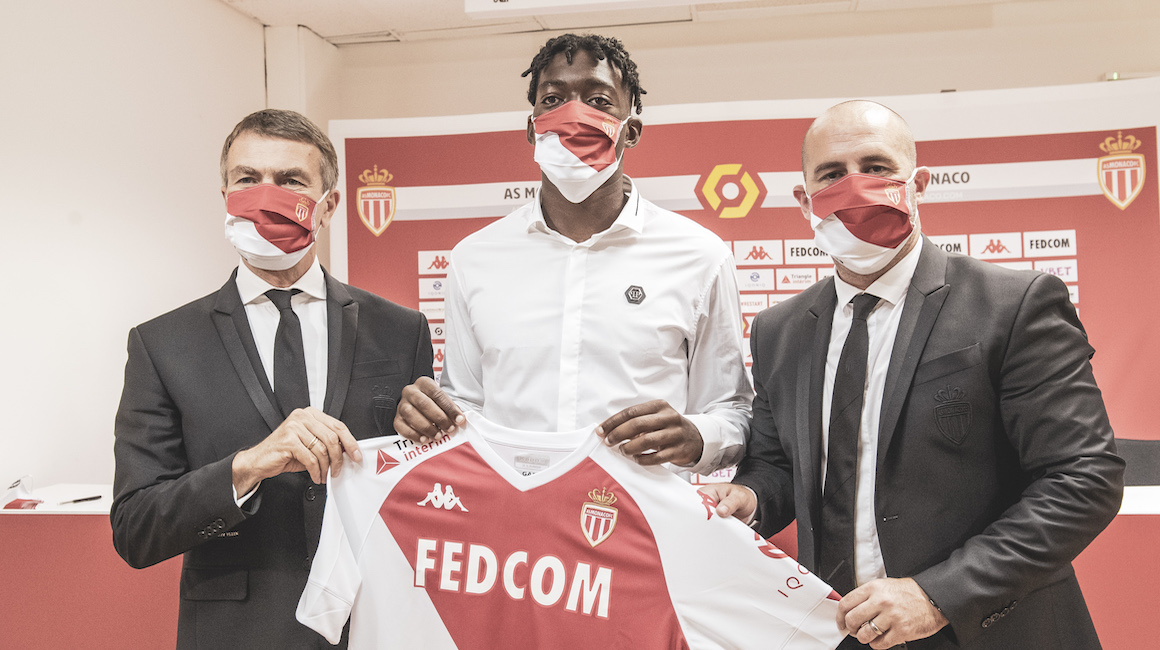 Axel Disasi is a great player who already has a good experience in the French league even though he is only 22 years old. He greatly contributed to the success of Reims and we are very happy to have him with us today.
Oleg PetrovVice President and CEO
Axel Disasi is a player who has a lot of qualities and all those necessary to acclimatize and adapt to our team. All the great teams have built their results on great defensive stability and I think Axel will help us in that regard. When the opportunity presented itself, we seized it right away. He's a modern defender, and I'm very happy he chose AS Monaco. We want him to continue his progression as he has done so far to become the player we all expect.
Paul MitchellSporting Director
Axel is a player with great potential. He is only 22 years old, and yet he developed with a team of older players when there is often opposition between the younger and the older. This remains important given the youth of our squad. He has a lot of talent, is very strong physically but also very fast. This is important for us because we want to play high, with lots of pressing and in the opponents' half, so we need players who are quick at the back as we are putting ourselves at risk. Axel still has room for improvement, maybe in his use of the ball and in the attacking third, but he was first of all recruited to protect our goal and we are very happy that he has joined us. We hope that he will continue to improve through his time with us.
Niko KovacManager