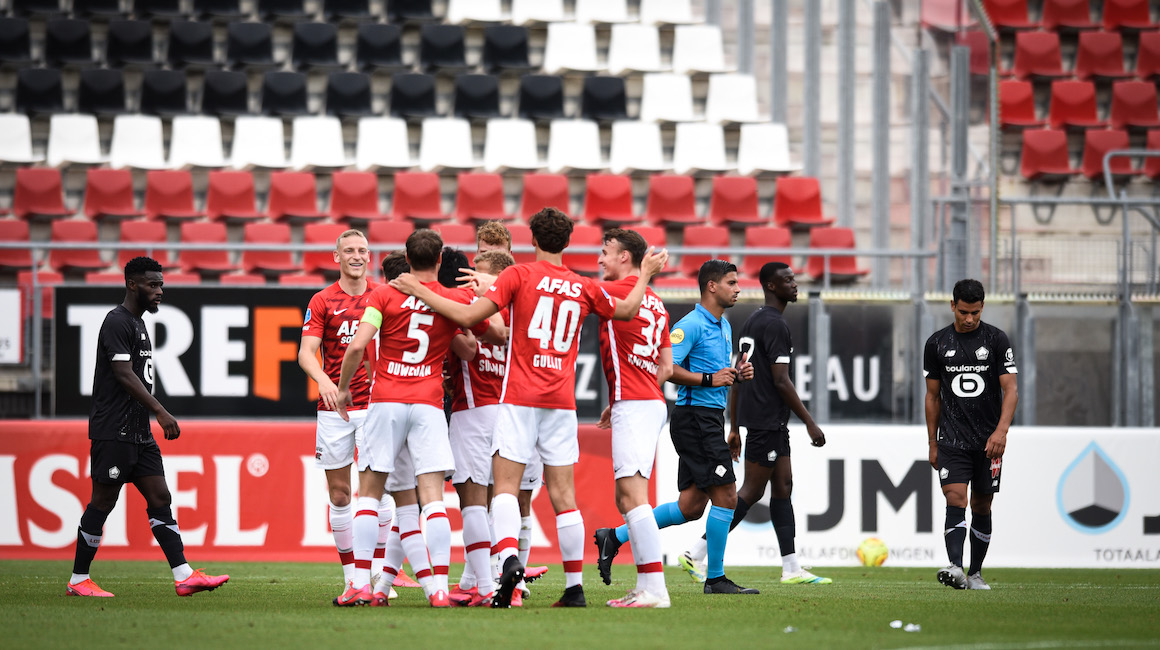 It's the final friendly match for the Red and Whites, who travel to the Netherlands to challenge the second-placed side from the most recent Eredivisie, Alkmaar, who notably won against Lille (2-1) last weekend.

It’s an anecdote that only Dutch football specialists should know. Saying “AZ Alkmaar” is a pleonasm, since it amounts to repeating the name twice. Breaking down the club’s name, it is: Alkmaar Zaanstreek Alkmaar. The first two letters are enough and this is why the club is commonly called “AZ” outside French borders.

Joint second at the end of the league season

Coached by Arne Slot, Alkmaar is coming off a very good season in the Eredivisie, the Dutch first division. The team which plays in AFAS Stadion were neck and neck with Ajax Amsterdam before the end of the season, with 56 points. AZ had thus put all the ingredients together capture a title that has escaped it since 2009, when Louis Van Gaal was in charge  of the team. The manager, formerly in charge of FC Barcelona had defied preseason forecasts by pipping  teams like Feyenoord, Ajax or PSV to the title, qualifying the club for the group stage of the Champions League for the first time in its history. This year, Alkmaar also played in Europe: the club was eliminated in the round of 16 of the Europa League by Linz, an Austrian team.

Alkmaar, the best defense in the Eredivisie

Of the 42 matches played by Alkmaar this season, Oussama Idrissi, Teun Koopmeiners and Calvin Stengs have not missed any… and have been decisive. The first, a 24-year-old Moroccan winger, scored 17 goals and delivered ten assists, while the second, captain of the team, found the net 16 times and delivered three passes. Calvin Stengs recorded 10 goals and 12 assists. To these players is added one of the great prospects of Dutch football: Myron Boadu.

At 19, the AZ striker impressed this this season with a total of 20 goals and 13 assists. The team’s attackers are in form, of course, but we must not forget to mention the back line of this team which, with just 17 goals conceded, was the Eredevisie’s best defense before the end of the season. Experienced players like Ron Vlaar, Jordie Clasie, Stin Wuytens and goalkeeper Marco Bizot have helped make Alkmaar a team that concedes very few goals..

The match between AS Monaco and AZ will kick off this Saturday at 6 p.m. (behind closed doors) at the AFAS Stadion in Alkmaar.