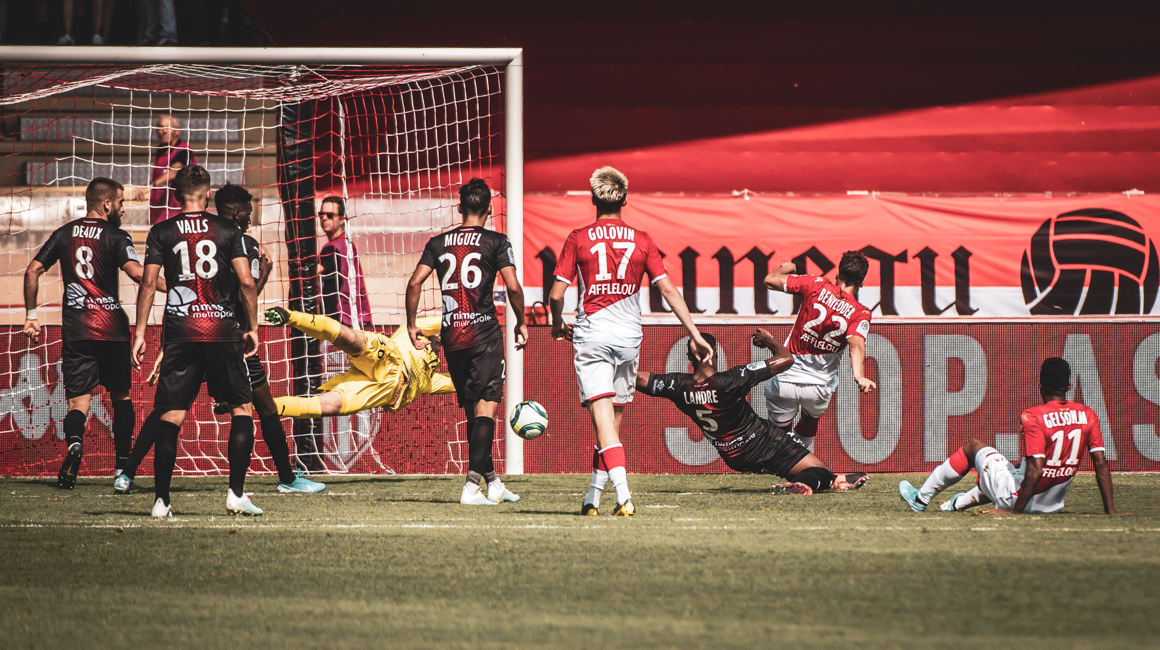 Niko Kovac: "Nîmes are a strong team away from home"

Caio Henrique: "Building on our momentum"
On Sunday, AS Monaco welcomes a Nîmes Olympique side that received a morale-boosting victory in Reims last weekend. The team from the Gard district are currently 15th in the Ligue 1 Uber Eats standings.

We’re all set for an encounter at the Stade Louis-II this Sunday, November 29 at 15:00 CET between two teams who are both used to playing the game at a high level on the pitch. The Monegasques and Nîmes have recovered respectively 61 and 60 balls in the opposing third of the field in Ligue 1 this season, making them the two most efficient teams in this area, along with Paris (60).

Following a fine win against Brest (4-0) at the start of the league season that was filled with promise, Nîmes have since struggled somewhat. Just two draws and a touch of glory in the derby in Montpellier, won by the narrowest of margins. Sunday’s opponents have alternated between good and bad since the beginning of the campaign, but they did regain some morale last week by winning in Reims (1-0), a result that followed four consecutive losses. It was the ultra-versatile Renaud Ripart who gave victory to his team by scoring his second goal of the season, making him the club’s second top scorer, tied with Moussa Koné.

Nîmes Olympique’s top scorer this season in Ligue 1 is Zinedine Ferhat, author of three goals and as many assists this term in eight games played. The Algerian international is part of Nîmes side that lost its goalkeeper, Paul Bernardoni, to Angers in the summer and who was replaced by Baptiste Reynet. Among the summer signings, Nîmes bet on flamboyance by bringing in Birger Meling (one goal and two assists) from Rosenborg and Adrian Cubas from CA Talleres of Argentina. The South American midfielder has quickly become a key element of Jérôme Arpinon’s team, having already recovered 85 balls, more than any other player in the 5 major European championships this season.

Nîmes’ results in their last five away games have been very good. They notably secured a draw in Lyon and won in Montpellier and Reims, achieving clean sheets each time. So we expect an aggressive team who will defend for 90 minutes, who will play with a lot of intensity and who will look to counter-attack. We have to keep playing as we currently are and be careful not to get caught at the back.
Niko KovacAS Monaco coach

Our win against Paris Saint-Germain, which I was happy to be involved in, gives us confidence. It was a very difficult game but we managed to win all three points. This gives even more motivation to our work so that we continue to progress and maintain our momentum while looking to achieve the Club's objectives.
Caio HenriqueAS Monaco defender

AS Monaco – Nîmes Olympiques in numbers…