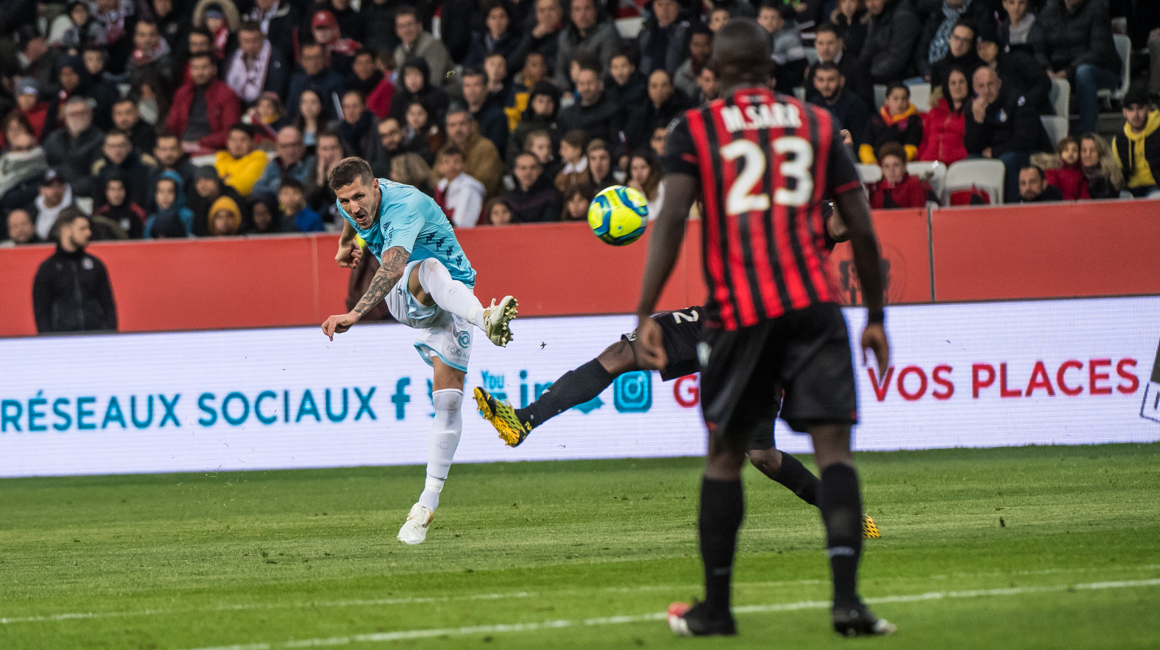 Niko Kovac: "We are focused on the derby"

Gelson Martins: "The derby will be played with a physical character"
While keeping busy in the Europa League, OGC Nice remain on a series of five matches without defeat in Ligue 1. Here's a closer look at the Nice side led by Patrick Vieira on the eve of the 99th Côte d'Azur derby.

Nice and Monaco will meet tomorrow for the 99th time in the top flight, 67 years to the day after the first derby. Led by Patrick Vieira since June 2018, Les Aiglons are on a series of five matches without defeat and score three goals last week in Angers in a match marked by a serious injury suffered by their captain Dante.

At home, Le Gym score (almost) all the time

Having called the Allianz Riviera home since 2013, Nice feel pretty good playing there. Lately, Le Gym have scored in 21 of their last 22 matches there. The only exception to the rule was on September 20, against Paris, in a 3-0 defeat. This is also the last loss for Nice, who have lost only twice in the league since the start of the season, the other match being a defeat in Montpellier (3-1). The level of these performances is something to which Walter Benitez, the Nice goalkeeper, is not trivial. The Argentine has made 34 saves this season (out of 42 shots on target), more than any other top goalkeeper. In the attacking third, Amine Gouiri and Kasper Dolberg have carried Les Aiglons by scoring three goals each, a total of six of the team’s total of 14.

End of the season for Dante

With 17 points after nine rounds in the league, Les Aiglons have their second best point total at this stage of the competition in the 21st century (they had done better in 2016/2017, with 23). That season, Dante was playing his first minutes in red and black. The Brazilian defender, who celebrated his 37th birthday a few days ago, will not feature this Sunday since he suffered a cruciate rupture during a duel with an Angers defender during the team’s 3-0 victory last week. It’s a real blow for Nice who have lost their captain for the rest of the season and who already had to play without him Thursday, in the Europa League. Patrick Vieira’s players are currently last in their group.

I know Dante because he played in the Bundesliga for a long time, notably at Bayern Munich, and is the captain of OGC Nice, and a very good leader.
Niko KovacManager, AS Monaco

It's a very important match for us, it's important to take the three points for us and for the fans. We will give everything to win this match.
Gelson MartinsWinger, AS Monaco

OGC Nice – AS Monaco by the numbers