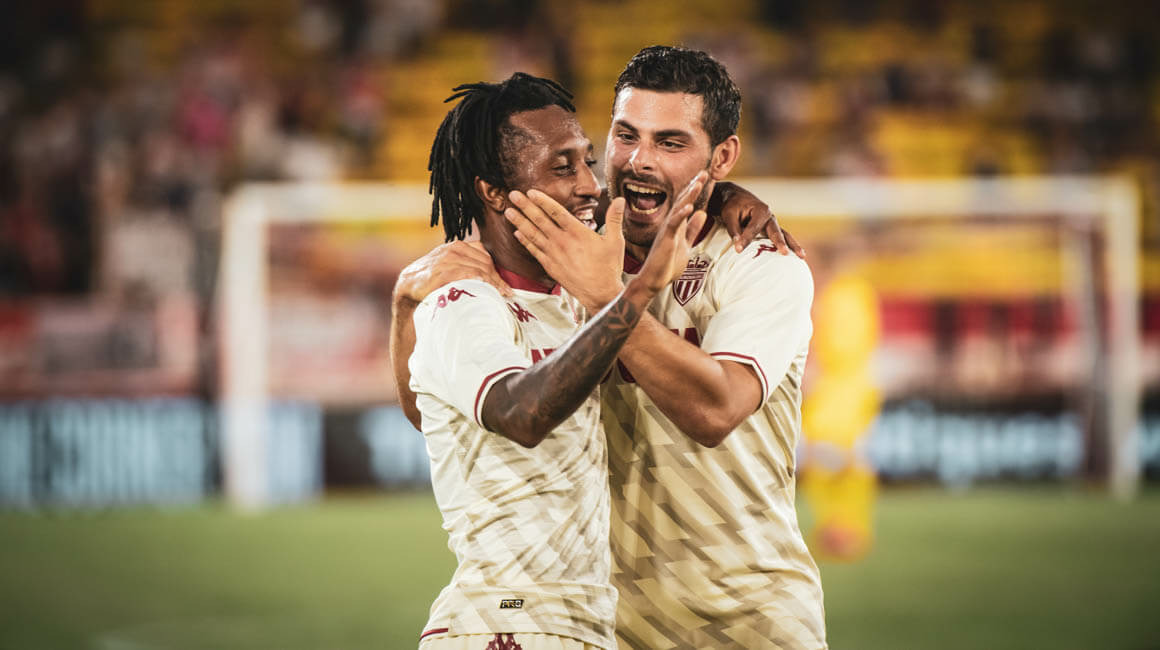 Niko Kovac: "We believe in our strengths"

Cesc Fàbregas: "Playing in the Champions League is a dream for us"
Scorer of the opening goal this Tuesday during the second leg of the third preliminary round of the Champions League against Sparta Prague (3-1), Gelson Martins was elected man of the match by the Rouge et Blanc supporters on the AS Monaco App .

And it’s two! Two goals since the start of the season and now twice selected as your MVP on the AS Monaco App, what a start to the season for Gelson Martins! As against Nantes on Friday in the team’s first day Ligue 1 match (1-1), in which he opened the scoring, Gelson Martins was again elected MVP against Sparta Prague (3-1) by the Rouge et Blanc supporters on the AS Monaco App.

Scoring again with a superb shot from a tight angle that finished under the bar, the Portuguese winger built on his excellent form to start the season, and now has two goals in three games, having collected 31.5% of the votes for match MVP.

Aleksandr Golovin and Aurélien Tchouaméni on the podium

Another player to have found the back of the net and author of a very good performance, Aleksandr Golovin finished very close behind Gelson Martins, with 29.6% of the votes. Aurélien Tchouaméni, again impressive in midfield, completed the podium for this match (12.5%). Bravo Gelson!