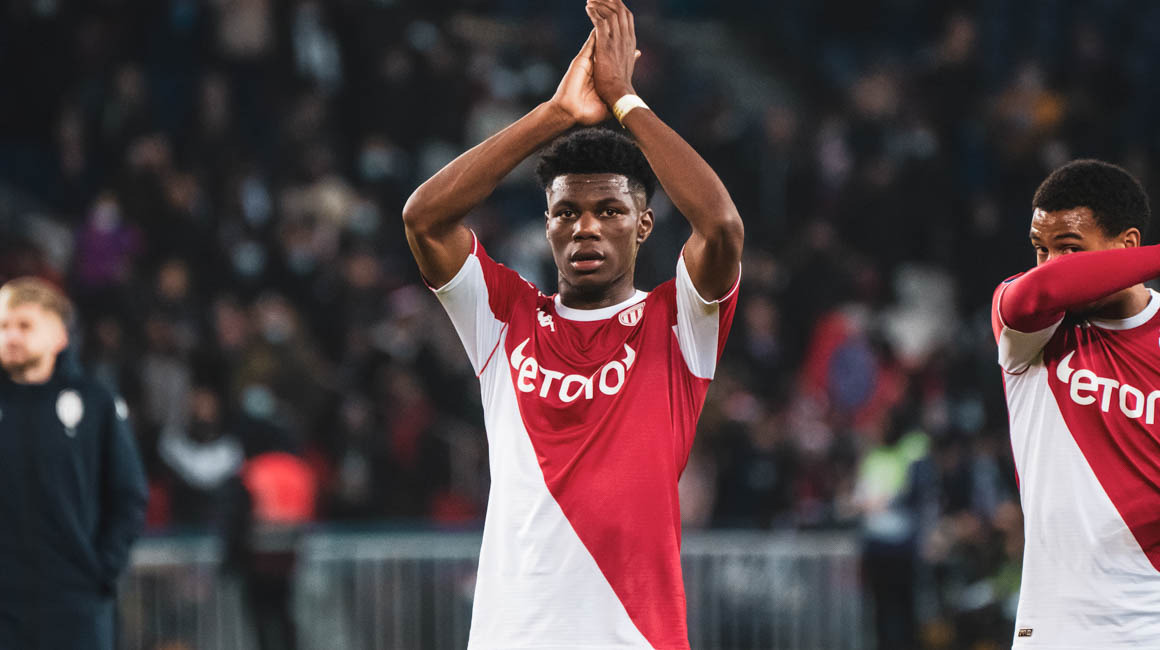 In a letter published on Nice-Matin, Aurélien Tchouameni saluted the AS Monaco fans who supported him during his two and a half years at the Club.

Two and a half seasons, 95 games, 8 goals, 7 assists and a multitude of memories. Arriving at AS Monaco in January 2020 from Girondins de Bordeaux, Aurélien Tchouameni has taken on a new dimension in the Rock. He became one of the best midfielders in the world and contributed to the Club’s two very successful last two seasons, with two podium finishes to his name.

Recently signed for six seasons by reigning European champions Real Madrid, the France international thanked the Monaco fans in a letter published on Nice-Matin, as well as in a video posted on his social networks.

“AS Monaco has become much more than a home”.

“I wanted to honor this red and white shirt and I knew I was going to have a lot of work to do. The coaches, the technical staff, my teammates and all the staff at the club allowed me to improve. I feel I have not only become a better player but also a better person thanks to them.”

“The incredible victory against PSG at home in November 2020, the French Cup run to the final, the matches in European competitions, the unwavering support of the fans… All the memories are tangled up and I will carry them everywhere with me. (…) Thanks to you, Monaco has become much more than a home. I couldn’t leave without saying goodbye to you, or rather, farewell!”