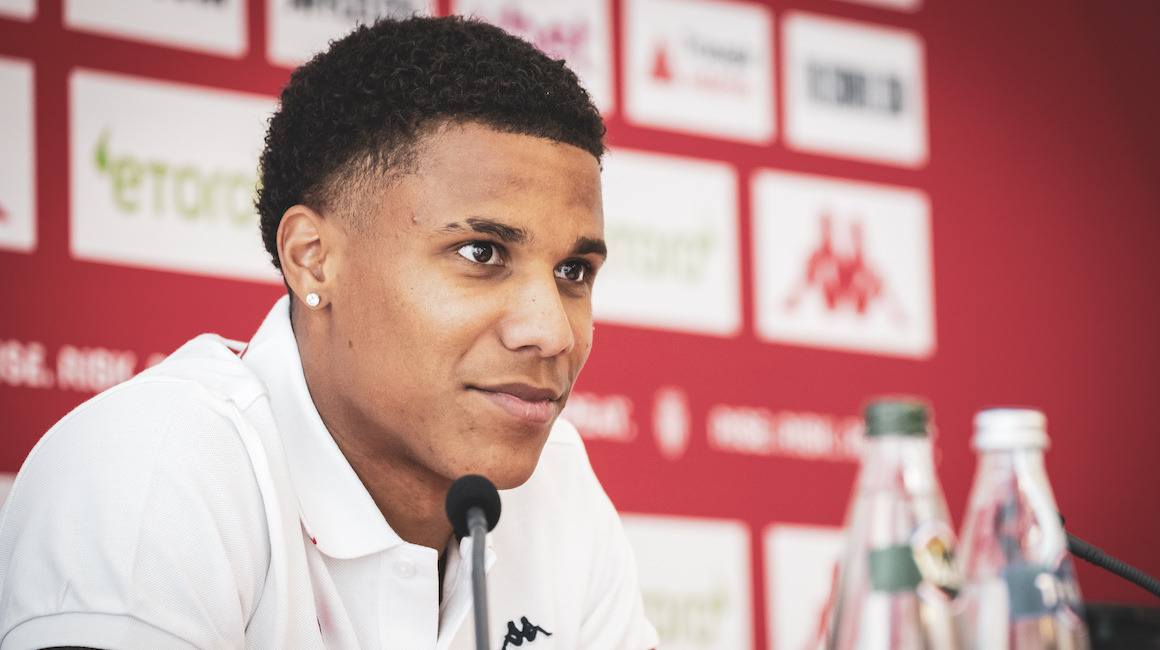 With 20 appearances in the league this season, AS Monaco's German left back spoke to the media, two days before the team's trip to Metz (Sunday, 3 p.m.), as part of the 30th round of Ligue 1.

He spent the international break working with the squad at La Turbie, and now, having appeared 31 times with AS Monaco since his arrival in the Principality, Ismail Jakobs is feeling better and better in red and white. Before starting the run-in in Ligue 1 this Sunday against Metz (kick-off 3 p.m.), the German left back spoke of the team’s ambition to fight to the end for the European places. 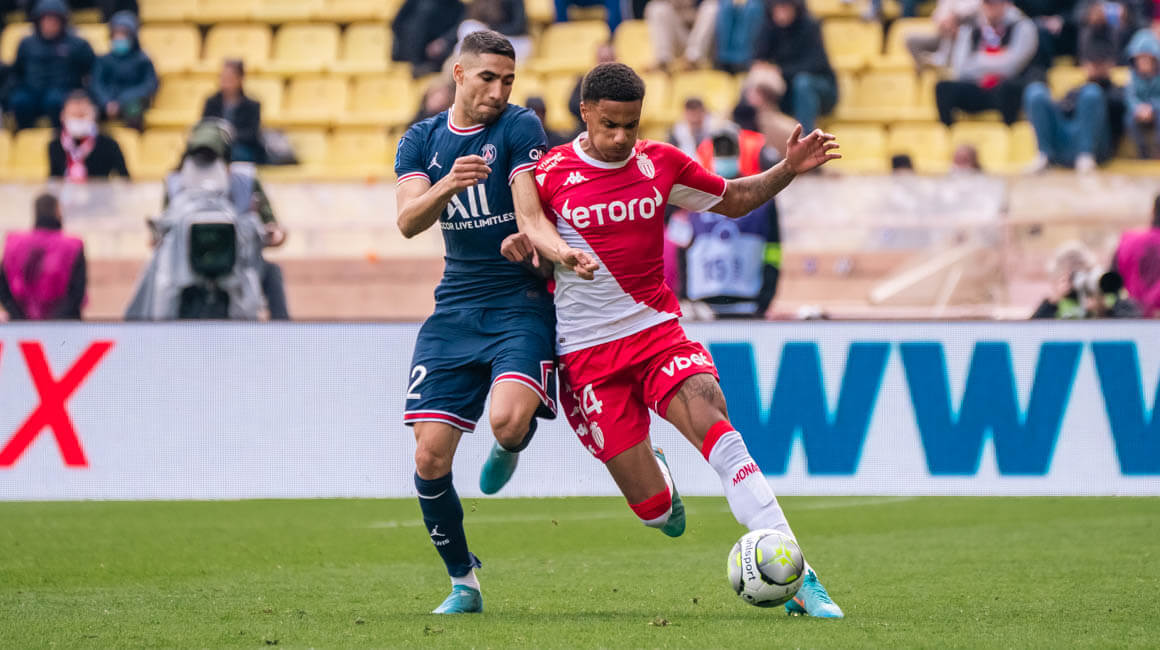 The possibility of a good run after the win over Paris

I do think that this victory against Paris Saint-Germain gave us a lot of positive energy and confidence. In the last two weeks, I have felt even more motivation in the locker room, and it shows every day in training. It’s a good thing for us before attacking this final sprint.

On the goal of reaching Europe

We have nine games left, and nothing is going to be easy, that’s obvious. There will be very eager competitors facing us. Despite everything, we are trying to take things match by match and collect as many points as possible. We will then see what it will be possible to get at the end. But Europe obviously remains our priority. It is up to us to seek results to reach the highest possible level.

Everyone knows it's going to be a tough match against a team that is playing to stay in the top flight -- perhaps even more difficult than against PSG! But I would say that we have a conquering state of mind, we really want to win.
Ismail JakobsOn the match against Metz

The team’s work during the international break

I would say that these last two weeks have allowed us to work a lot physically, to be ready to attack this last run of league matches. We have worked well, and since the arrival of the coach I think we have taken a step forward at this level. We were well ahead of Paris on this level; tactically we have to keep adapting to our opponents. 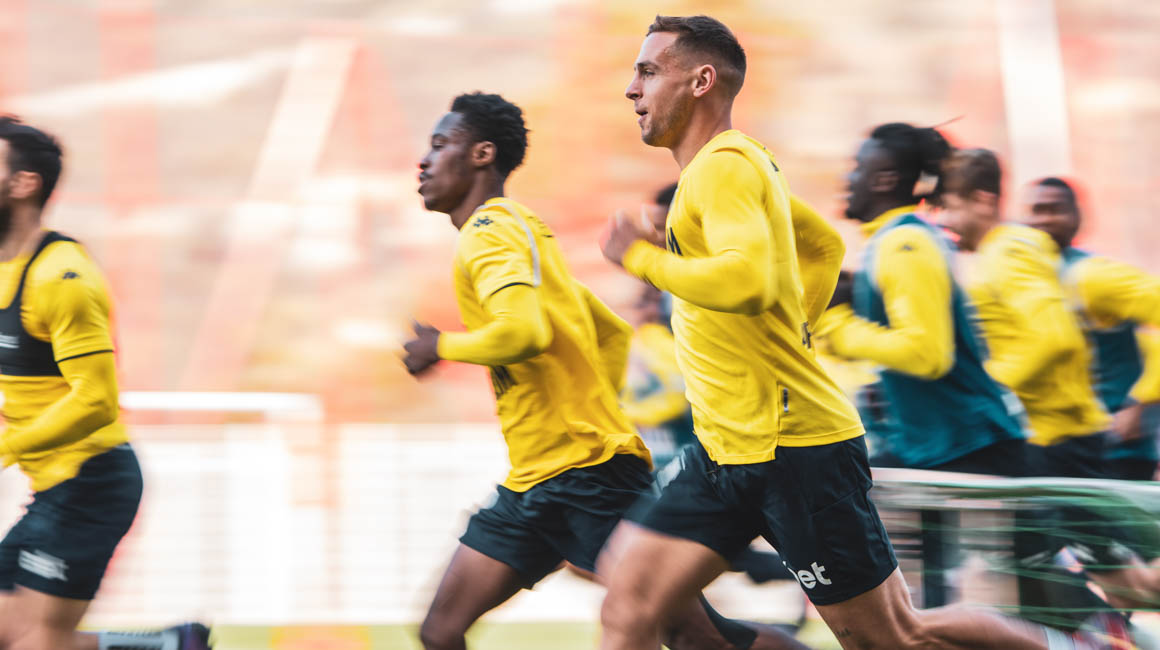 Avoid the “trap” against Metz

Everyone knows it’s going to be a tough match against a team that is playing to stay in the top flight — perhaps even more difficult than against PSG! But I would say that we have a conquering state of mind, we really want to win. When you look at our season, it’s true that we sometimes have had difficulties against low-ranking teams. But I can’t say that these matches are more difficult for us. I can only confirm that Ligue 1 is a very competitive league.

I said earlier in the season that I was not surprised by the quality of this league, because there are incredible players in this league, which explains why it is so strong. In the Bundesliga, I also had the opportunity to play against low blocks against lower-ranked sides. Myself, when I played in Cologne, against teams like Bayern Munich for example, we also played in a more defensive setup. You have to know how to adapt, and we will do everything to find the solution against FC Metz, like in the reverse fixture (a 4-0 win).

A review of the beginning of the season

His place in the team

To be honest, I did not expect to start as soon as I arrived at AS Monaco. I came because it’s a fantastic club, which has a history, and it was an incredible opportunity for me to show my qualities. It’s my first season here, and I think I have the confidence of the coach and the club. Caio is having a very good season, so I try to take inspiration from him to be even better. I want to show my qualities.

The World Cup is a very special event. The Nationalmannschaft has the qualities to do great things in this competition. For me the favorites are Germany and Senegal (smiles).
Ismail JakobsOn the World Cup draw

It doesn’t matter to me where I have to play, I don’t have a particular preference. I’m always ready to play anywhere on the flank when the coach calls me. In general, I must say that I am more comfortable playing as a left back.

Obviously I dream of playing with the German national team. But to be part of this group, you have to be a starter at club level. The World Cup is a very special event. The Nationalmannschaft has the qualities to do great things in this competition. For me the favorites are Germany and Senegal (smiles). They have very good teams, and I am German with Senegalese origins, so I am following the Lions of Teranga with great interest of course.