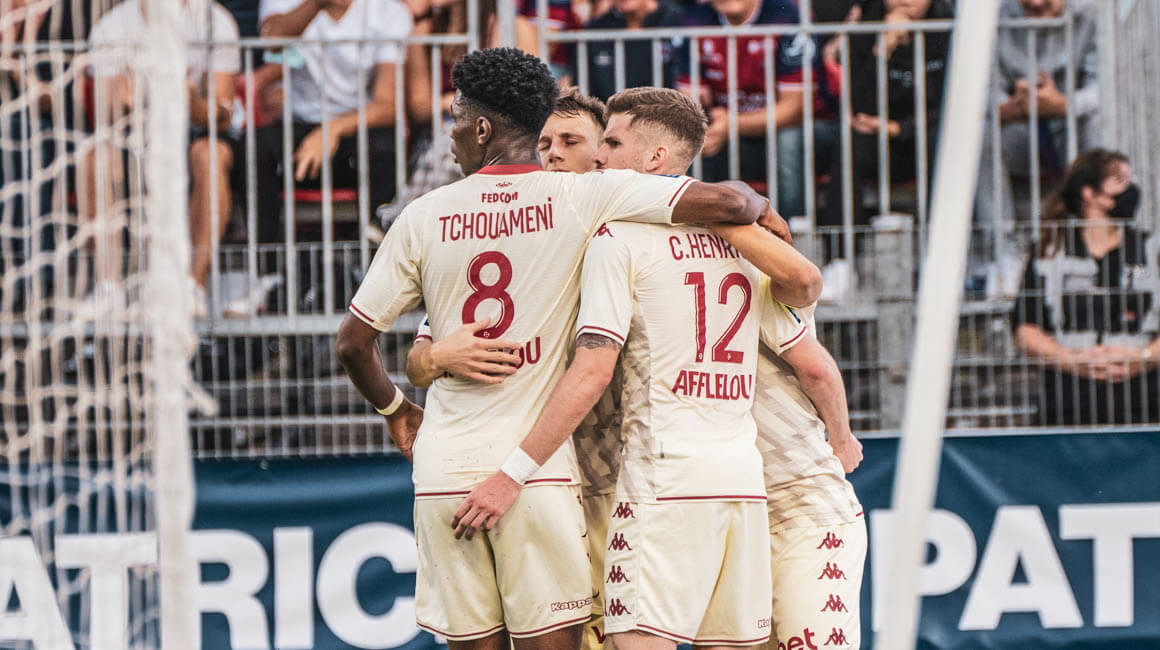 Away to Clermont this Sunday for the 8th matchday in Ligue 1, AS Monaco made it a 4th consecutive match without defeat, winning 3-1 thanks to goals from "Yedderland" and Sofiane Diop.

For this first match in the top flight between the two clubs, Niko Kovac decided to line up in a 4-2-3-1 with a changed central defense compared to the match against Saint-Etienne, bringing in Guillermo Maripán and Strahinja Pavlovic. The duo “Yedderland” started up front, supported by Aleksandr Golovin and Gelson Martins on the flanks.

Against an attacking team with something to prove after its last match in Rennes (0-6), the Monegasques started the game badly by conceding the opener through Mohamed Bayo, top scorer in Ligue 2 last season, on a shot in the area after a cross from the left (7’). Fortunately, after having suffered against the aggression of Clermont, they reacted quickly.

On a sublime action, it was Wissam Ben Yedder who confirmed his excellent form and put the two teams level (25’). Picked out in the area by a marvel of a cross from Caio Henrique, the captain dribbled past Arthur Desmas and finished into the empty goal. It was his 4th goal of the season in Ligue 1 (6 in all competitions), after scoring in the last two games, in Nice (2-2) and against Saint-Etienne (double, 3-1).

Upon returning from the locker room, Niko Kovac’s men put their foot on the gas and immediately found the breakthrough. On an action initiated by Sofiane Diop, playing on the break, Caio Henrique had his second assist of the match (and third of the season in L1) with a low cross tapped in by Kevin Volland, who had also scored  Wednesday against ASSE.

This second goal was  liberating, giving confidence to the team, who were calmly managing the second half, with Alexander Nübel keeping out Jodel Dossou’s powerful shot (68’). There was to be a bit of icing on the cake, too, from Sofiane Diop, who scored the third goal on a superb backheel after a good pass from Myron Boadu (90 + 1’).

Moving up the table

Thanks to this win away to the promoted side, Monaco moves up to 8th place , just two points off the podium. In Ligue 1, we will hope to continue this very good run next Sunday at the Stade Louis-II, against Bordeaux (3 p.m.). In the meantime, it will be a return for the Europa League on Thursday (6:45 p.m.) with a trip to Real Sociedad.