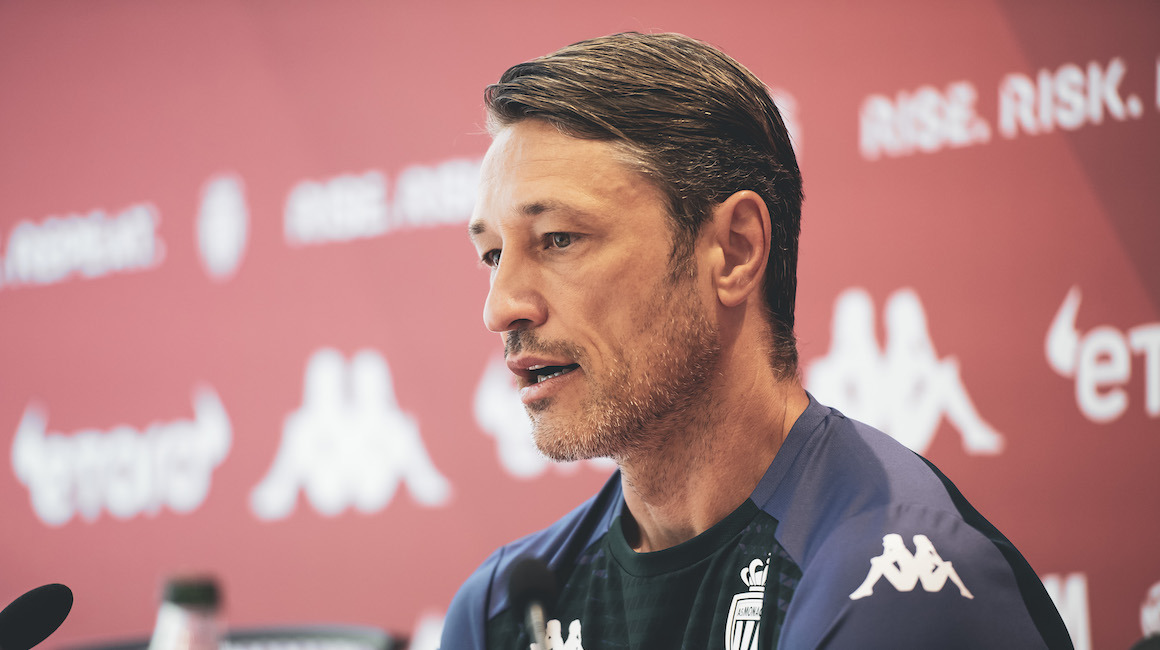 Le Clermont Foot pour les nuls, avec @maligue2
On the eve of the trip to Clermont, this Sunday (5 p.m.) as part of the 8th Matchday in Ligue 1, Niko Kovac spoke at a press conference.

The Rouge et Blanc want to keep things going. On a run of three consecutive games without defeat (two wins and one draw) in all competitions, they want to continue their good form this Sunday (5 p.m.) away to Clermont, as part of the 8th Matchday in Ligue 1. Before to facing the promoted side, Niko Kovac gave his thoughts on the Auvergne club.

Clermont play a very attacking style of football, so we will have to give our best as they rested seven starters in their last game. I hope we can continue like this and stay on a good run.
Niko KovacManager, AS Monaco

The first few weeks were difficult, with so many matches. Now we are finding our rhythm and I am happy with our results, and our performances which are better. We are going to play against Clermont play a very attacking style of football, so we will have to give our best as they rested seven starters in their last game. I hope we can continue like this and stay on a good run.

It is a team that dominated Ligue 2 and has started the season well. They’ve had two big defeats (4-0 in Paris, 6-0 in Rennes), but they like to play on the front foot,  with a very attacking style of football. Their coach passes his values on ​​to his players. We expect an intense match, it is always difficult to go and play against a promoted team, as we have seen against Troyes. In any case, our ambition is to win every game, at home and away.

The importance of set pieces

We know they are very dangerous on set pieces. In these cases, the important thing is a desire to win your duels, and to recover the ball. We will have to be aggressive, to attack the ball, because if we are passive it will be challenging. At the moment Clermont are doing this very well, so it’s clear that we will try not to concede too many set pieces, even if they also have other strengths.

He needs to gain some confidence. I consider him to have been unlucky on the goals that we’ve conceded, as I do not remember that he has made a mistake which led to a goal in Ligue 1. I know his qualities, he is someone who is intelligent. In any case, I can assure you that he has the support of all his teammates and staff. I am sure that with his performances in the coming weeks, he will show his full value.