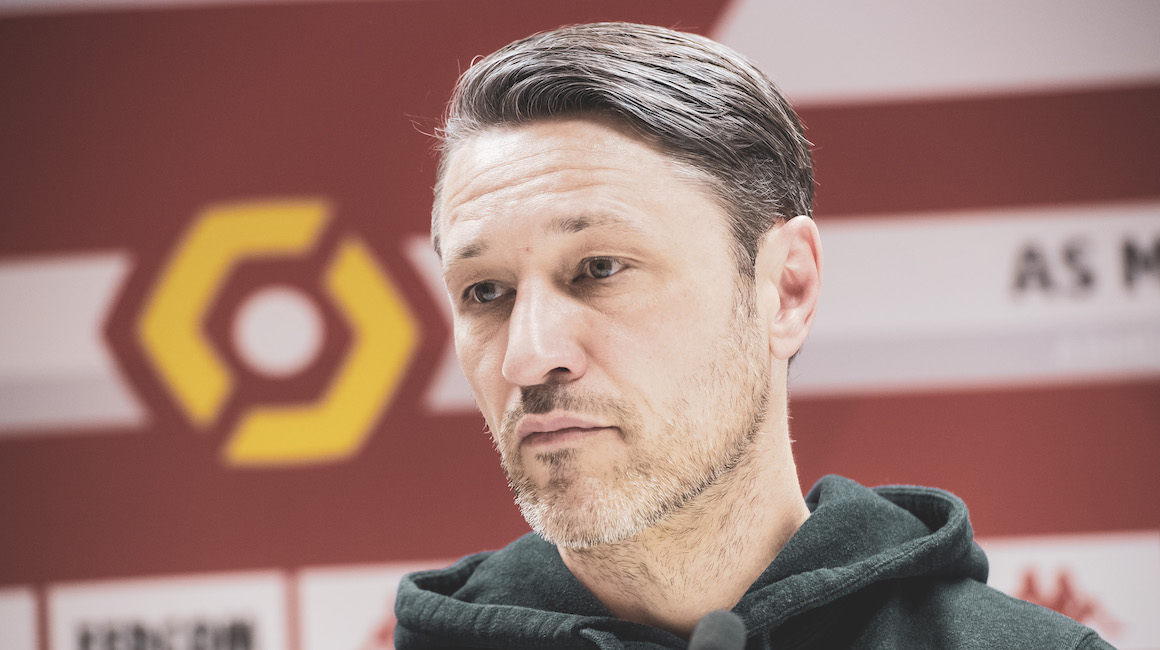 Two days before the trip to Bordeaux (Sunday, 5:05 pm), a first for the Rouge et Blanc in a month, since the victory at Saint-Etienne (4-0), the Monegasque coach spoke about the challenges presented by the run-in.

Six finals. AS Monaco have six finals left in Ligue 1 – and possibly a seventh in the Coupe de France – to definitively confirm the Principality side’s place in Europe next season, even if it remains to be seen in which competition. While waiting to see what the ambitions of Niko Kovac’s men may be come the end of this final sprint, a trip to Gironde looms on Sunday. After the win against Dijon last weekend (3-0), it will be a question of not letting up on their efforts to obtain the same result as in the reverse fixture (a 4-0 win). In any case, it was to address this new challenge that the Monegasque coach spoke at a press conference on Friday. 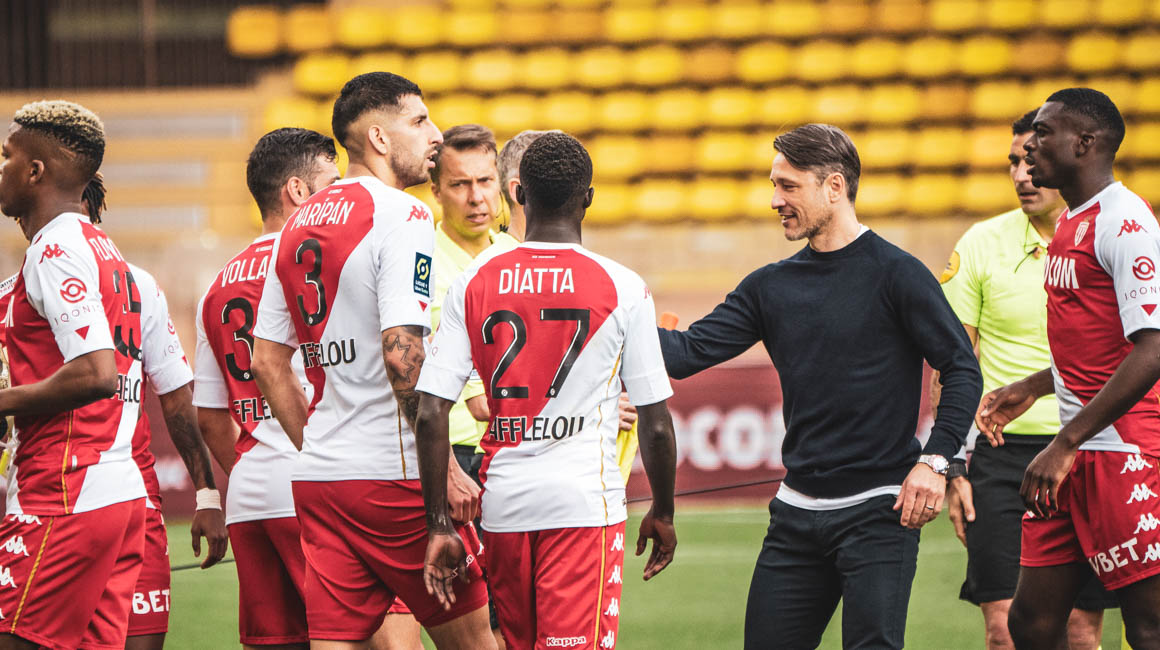 Hello Niko. To start, how is Cesc Fàbregas, who came off with an injury against Dijon?

He was injured, but it’s not a bad injury, I don’t think it’s serious. That’s good news, and while I can’t predict the future, I would say he will be back in two weeks, maybe more. I saw him today, and he looks fine. As to the rest of the squad, this morning I had 22 players in training plus the goalies. The medical staff are doing a great job and I want to thank them for that. It’s very rare at this time of the season to have so few injuries in your squad. So well done to the whole team.

Fourth place can be sealed this weekend depending on other results…

As I said before, if the goal of 4th place is achieved this weekend, we can eventually look at other potential goals. At the moment my team is in good shape, we are playing very aggressively and very well so I will tell you what we can hope for after this weekend’s game.

You’re going to have four away trips across the last six matches in the league. Is this a disadvantage or not?

We’ll see. In the first part of the season, it was perhaps a disadvantage for us to play away from home. But now this is no longer a problem for us, we have had very good results on the road since the start of 2021. It will not be easy to win in Bordeaux, compared to the current situation with Les Girondins, as will be the case next weekend against Angers. It’s up to us to continue our momentum and to use the same ingredients as we did during our last away trips.

The first turning point was Lyon for me, because we lost but we learned a lot from this defeat. I gave the players two days off to think about it all. Then there was the win against Paris here, which was our first against a Top 5 team; I am also thinking of our victory against Angers at home (3-0).
Niko KovacManager, AS Monaco

The reverse fixture and that 4-0 victory were one of the turning points of the season, no?

I agree, there have been a few events this season that have totally changed the course of things. The first turning point was Lyon for me, because we lost but we learned a lot from this defeat. I gave the players two days off to think about it all. Then there was the win against Paris here, which was our first against a Top 5 team. And I am also thinking of our victory against Angers at home (3-0), when we started to play in this system with three players building from the back. But you’re right, the reverse fixture was a tipping point.

I used to say that as a coach I would like to be the friend of all players, unfortunately that is not possible. I have to make decisions, and it’s not always easy. I’ve seen the stat that Wissam is the first player to score consecutive doubles off the bench. So he has gone down in history. Hopefully that will continue over the next six matches.

What is your take on Kevin Volland’s season with the benefit of a little more perspective?

Everyone has the same opinion of him, and it’s very positive. It certainly took him a month or two to adjust to this new league. He is a team player, who has always averaged 15 goals per season, and who is a great teammate. He can help and give advice to the young players. I am very satisfied with his play and his attitude. He is happy here too, I think.

How are you managing the period of Ramadan, which is a concern for some players?

First of all, I support the players who are in this situation, because it is part of their beliefs, and that must be respected. It’s their practice, it’s their religion. They are used to doing this and have been through this event before. We are very close to them, and we give them advice through our nutritionist to manage this period in the best possible way.

How will the title play out among the top four in your opinion?

For the title, it’s very simple. There is only one team that can decide its fate; that’s Lille, which has its destiny in its hands. Paris and Lyon must wait for one of the others to slip up, see if LOSC will make a mistake. This is the team that has been the most consistent and they have maintained a fairly high level since the start of the season. If they decide to keep up this level, it will be difficult to chase them down. 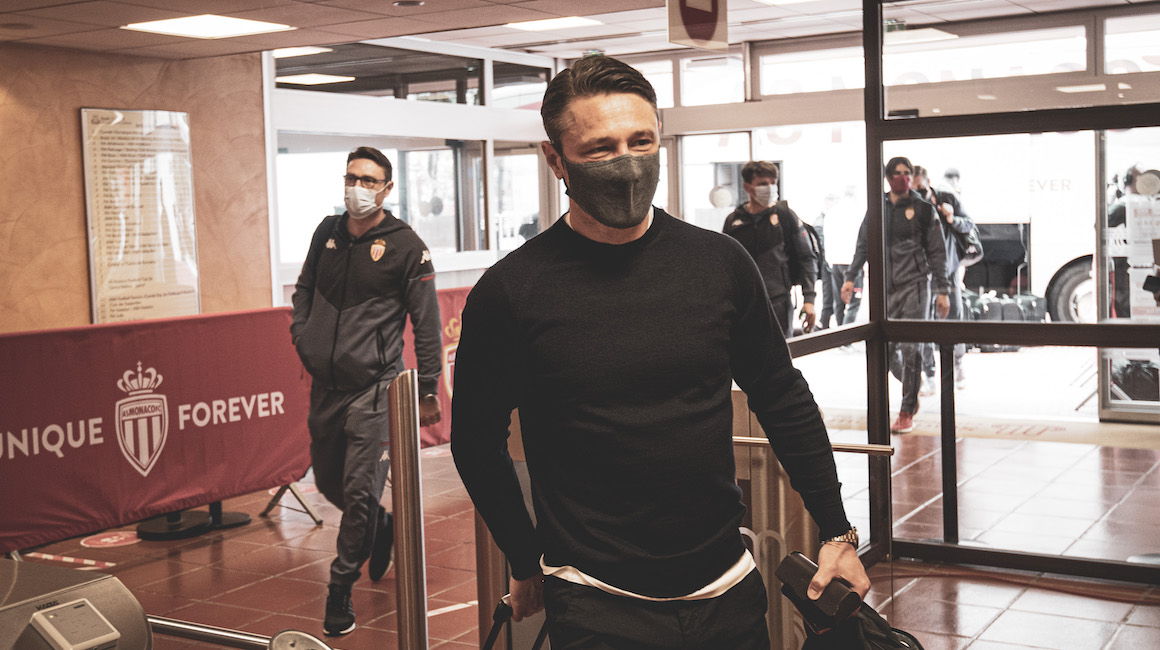 Robert is not just my brother, he's my top assistant and my best friend. We talk about what we have to do on set pieces, on the choice of players ... Everything goes through these discussions, he is involved in all the decisions, even if in the end it is me who has the last word.
Niko KovacManager, AS Monaco

Can you tell us more about the role of Robert, your brother?

We work together, so everything we do is through discussion. He’s not just my brother, he’s my top assistant and my best friend. We talk about what we have to do on set pieces, on the choice of players … Everything goes through these discussions, he is involved in all the decisions, even if in the end it is me who has the last word. I am the number one on paper, but I consider us to be on the same level. Besides, I have to talk about set pieces with him again because they’ve been working a little less frequently right now (laughs).

Do you have the same type of character?

We are brothers, we are of the same blood, but I admit that I am more the “serious guy” and he is the one who is more “funny”. Although he was a very tough player on the pitch and very rigorous in the job. But I think we two really make a good complementary duo. 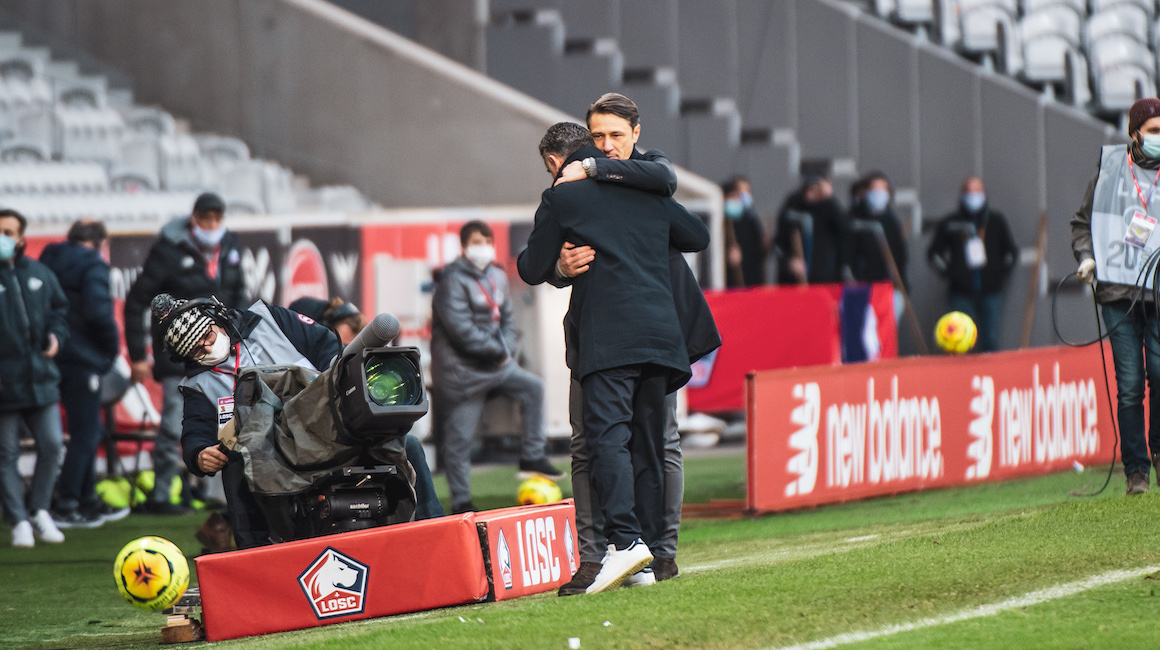 I don't think French managers are underrated or disparaged. You have Didier Deschamps who is the world champion, and Zinédine Zidane who has been at Real Madrid for a very long time. Gérard Houiller was a great coach, just as was Arsène Wenger. Today you also have Christophe Galtier, the coach of Lille who is a very high quality coach.
Niko KovacManager, AS Monaco

Bruno Génésio has said that French coaches are under-rated. Is that also your opinion?

I don’t think they are underrated or disparaged. You have Didier Deschamps who is the world champion, and Zinédine Zidane who has been at Real Madrid for a very long time. Gérard Houiller was a great coach, just as was Arsène Wenger. Today you also have Christophe Galtier, the coach of Lille who is a very high quality coach. There are some excellent French coaches, so for me they are not under-rated.

How are Sofiane Diop and Ruben Aguilar, who came off at half-time against Dijon?

I’m glad they’re back. The reason why Ruben came off at half-time was tactical, I have already mentioned that. We had to play differently and rebalance the team. Regarding Sofiane, he hadn’t played in three games because of his hand injury, so he needed time to come back, to find some rhythm. Anyway, they’ve done a great job this week and I like the fact that there is some kind of continuity within the group. There are going to be a lot of games in the last few weeks, so we’re going to need everyone.