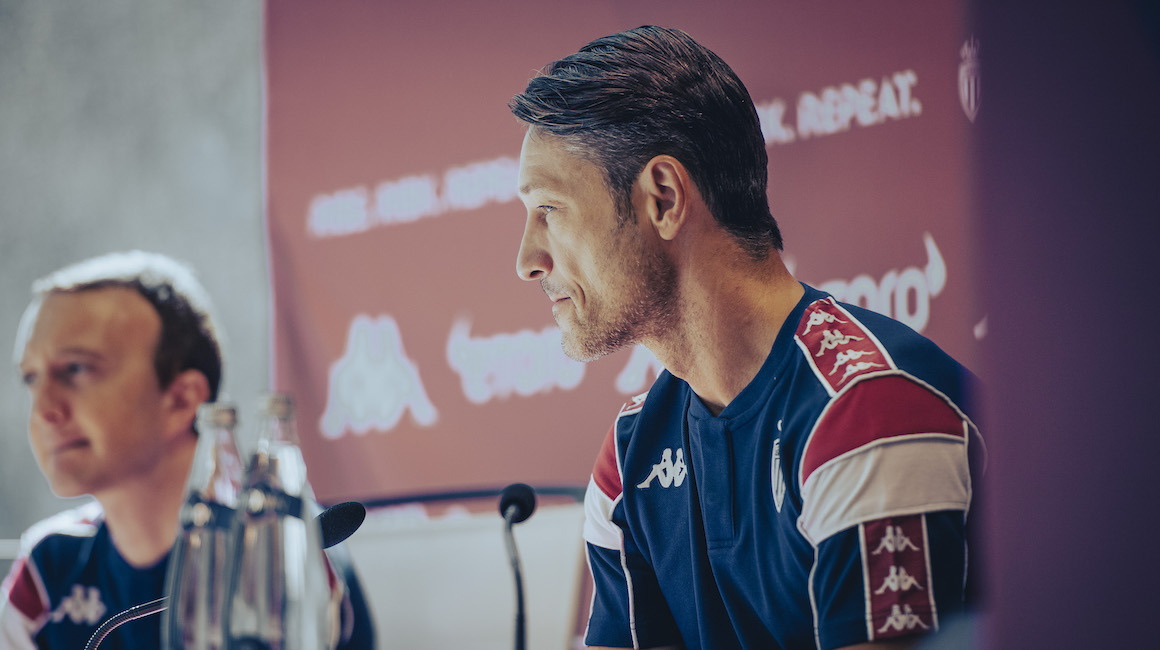 Two days before the resumption of Ligue 1 with a big match against Lyon at Groupama Stadium (Saturday, 9 p.m.), the Monegasque manager looked back at the squad's work during the break and their form over recent weeks at a press conference .

Still on an unbeaten run that began in September, AS Monaco’s players are eager to keep it up before their big match against Olympique Lyonnais this Saturday (kick-off 9 p.m.), as part of the 10th round of the Ligue 1 Uber Eats season. A first big match after the return from the international October break, Niko Kovac is looking forward to getting the best of a direct opponent, saying as much in a pre-match press conference. 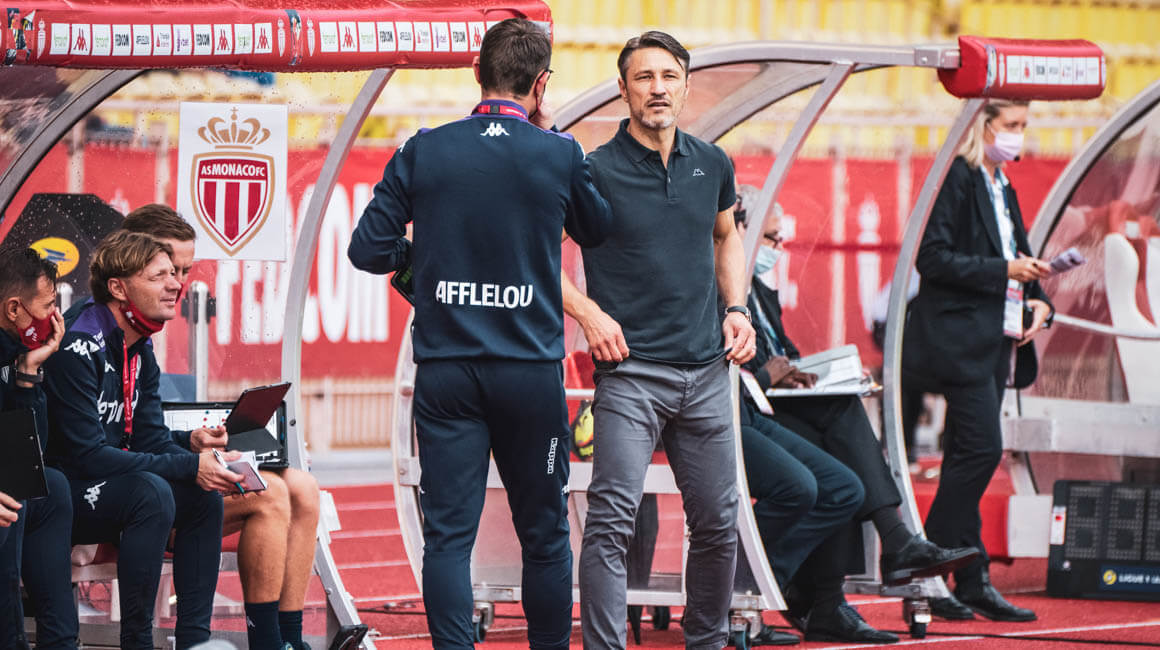 Can this big match be a turning point in the season?

It’s a very strong opponent, to be sure. Last season we had three great matches against Lyon, who have since changed coaches with the arrival of Peter Bosz, whom I know well. I remember the first match well. We dominated, we had possession, but in the end we lost heavily because we were punished on the counter. We expect a big game in a stadium that will be full. I think we are very close among several teams behind PSG, and Lyon is one of them. As usual, we will go there to win the match.

I know him well, so I expect a tough game. He likes to play with very high press. I remember the journey he made to the Europa League final with Ajax Amsterdam. I have faced him a number of times in the Bundesliga, and I like the style of play he has put into place.
Niko KovacOn Peter Bosz

On his counterpart, Peter Bosz

Peter Bosz is a very good coach as well as a woinderful person. I know him well, so I expect a tough game. He likes to play with very high press. I remember the journey he made to the Europa League final with Ajax Amsterdam. I have faced him a number of times in the Bundesliga, and I like the style of play he has put into place. They have a better team than last season in my opinion, but sometimes it takes a while to put things in place. Their current ranking does not reflect the level of this team. I’m not worried about them, I just hope they don’t get going against us (smiles).

On the rivalry between the two clubs

Last season was a special time. In the end, we were fighting with them for third place, so it was really a special context. Sometimes emotions can get the best of a situation. We will try to win this match on good terms. It’s a great stadium with a great atmosphere, so I hope it will be a great game. This is the best place to show our abilities, and I hope we will be able to show them. 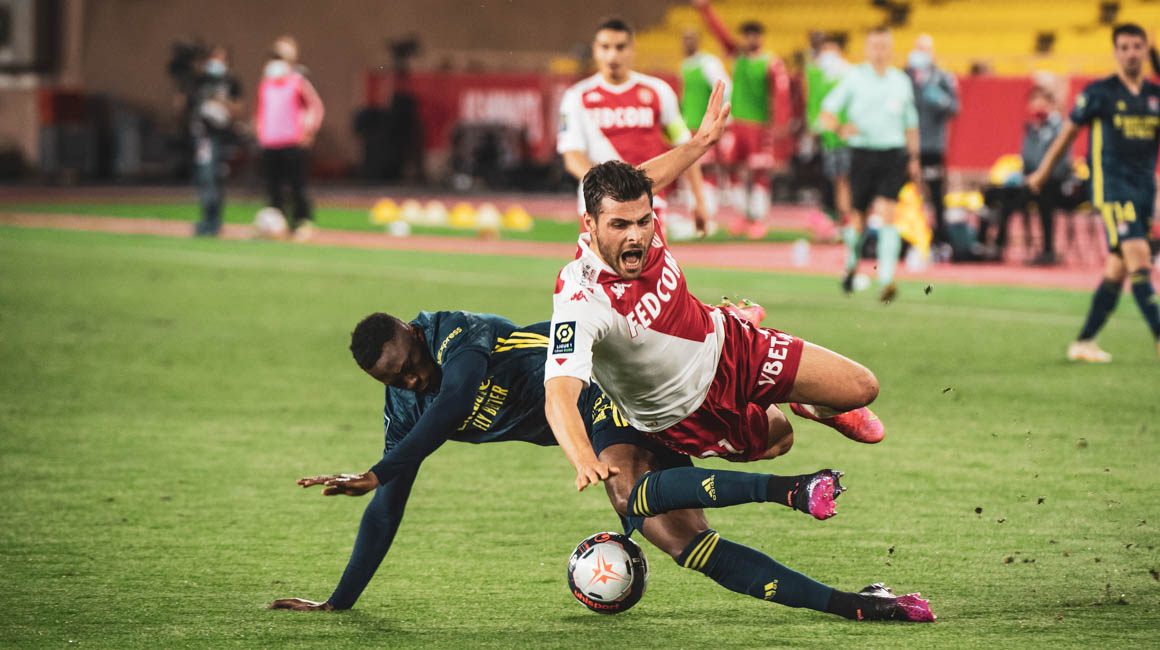 On who will start in midfield

When someone is not available, we must have the capacity to replace them. Obviously, the absence of Aurélien is detrimental for us, because he is an important player for us. We have three midfielders in this position to make up for it, though: Youssouf (Fofana), who was a regular starter last season and who greatly contributed to our good run. There is also Jean Lucas who has joined us this season and Eliot (Matazo), who has shown great things when I’ve called upon him. We have options, I’m not worried.

On the impact of the international break

It’s not just a problem for our club. I saw that English clubs have complained about this situation. When you play three games in a short time and come back late from the international break, it’s not very good for the players. I respect the teams a lot, especially as I have coached Croatia myself, but I think we have to respect the players and the clubs more. This is the case for us with Guillermo Maripán, who will join us directly in Lyon, without first having trained with the squad. He was already unavailable against Marseille last month, not to mention the high risk of injury involved. 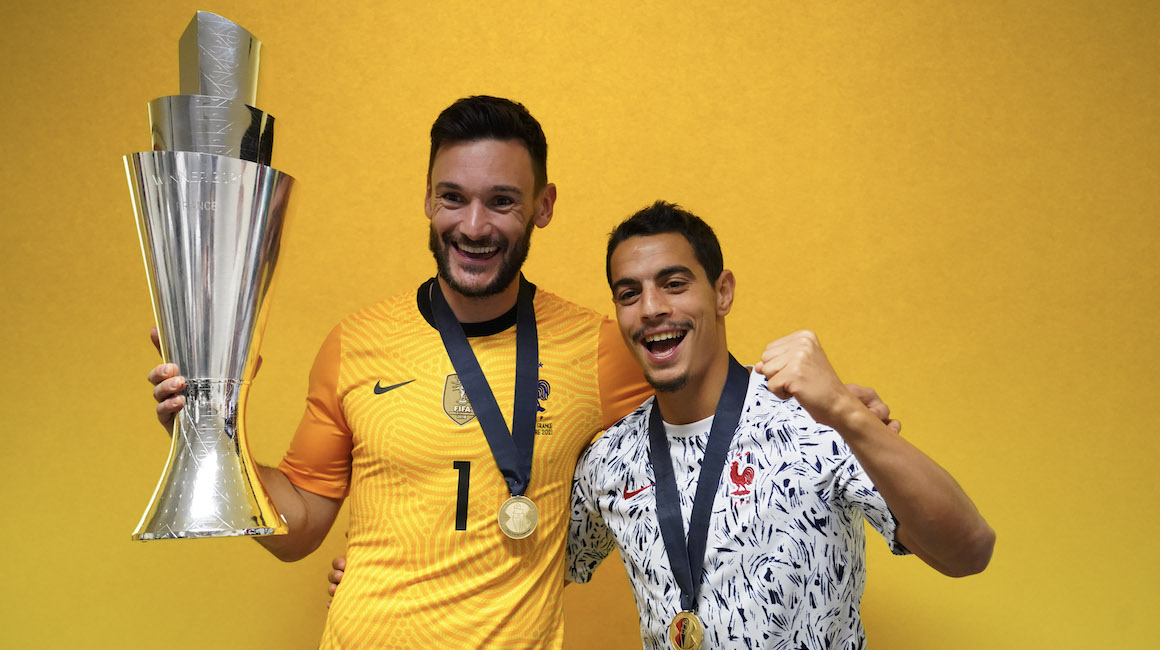 I know he's very happy to be with Les Bleus, to be part of their camps, because the national team is really important to him. His dream is obviously to go to the World Cup in Qatar in 2022. I hope for him that he will be there. He is a very important player for us and he will continue to be.
Niko KovacManager, AS Monaco

A favorite for the Ballon d’Or?

There are a lot of very good players who can win this title. Karim Benzema is one, just like Robert Lewandowski. He broke the record for most goals scored in a season in Germany with 41 goals, which is impressive. We will see who will be able to fight with them. Fortunately, I am not the one who has to vote on this; if I could, I would share it among everyone (smiles).

On Wissam Ben Yedder’s relationship with the national team

Wissam deserves to be in the national team and to have more playing time. But when you have Mbappé, Benzema, Griezmann in attack for France , it’s difficult to play. I know he’s very happy to be with Les Bleus, to be part of their camps, because the national team is really important to him. His dream is obviously to go to the World Cup in Qatar in 2022. I hope for him that he will be there. He is a very important player for us and he will continue to be.