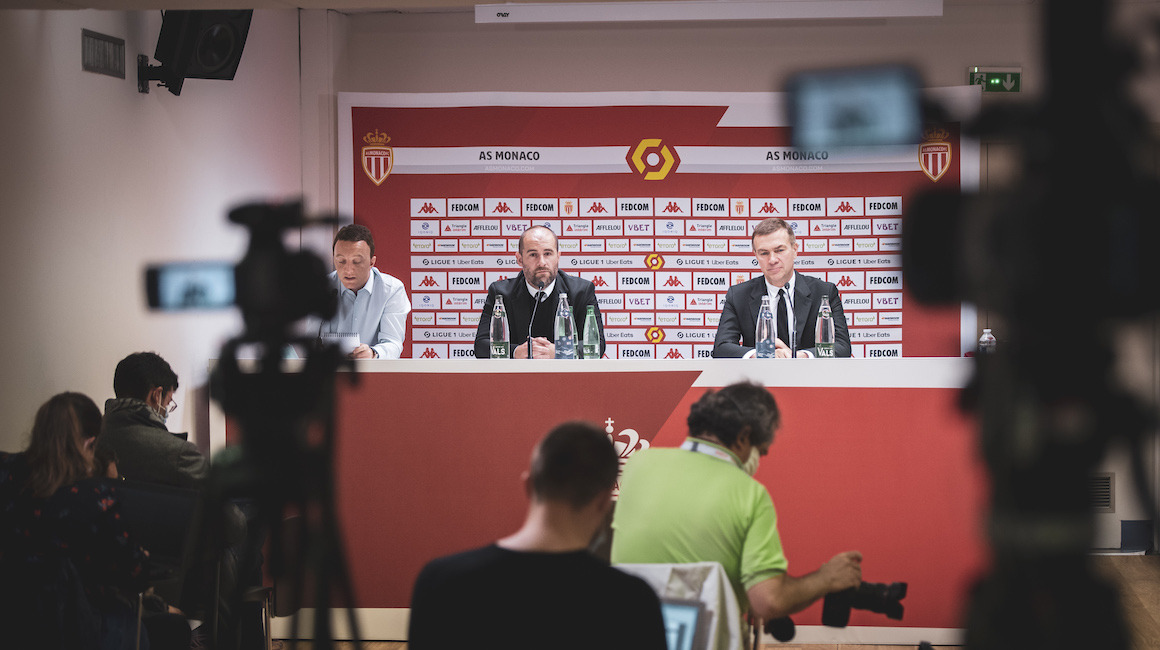 In the aftermath of AS Monaco's qualification for the Champions League playoffs for next seson, the vice-president and the sporting director took stock of the season with the media, inevitably satisfied with the camapaign that has just ended.

After two challenging seasons, the goal set at the start of the campaign by AS Monaco’s management was a return to Europe. At the end of a 2020-2021 season (and an exceptional 2021) Niko Kovac’s side have done even better than that and have had a season beyond expectations. The teammates of captain Wissam Ben Yedder finished third, synonymous with a place in the Champions League playoffs and were also finalists in the Coupe de France. This will have made the Vice-President and CEO, Oleg Petrov, as well as the Club’s Sporting Director, Paul Mitchell, very satisfied, as the pair took stock of the season in a press conference. 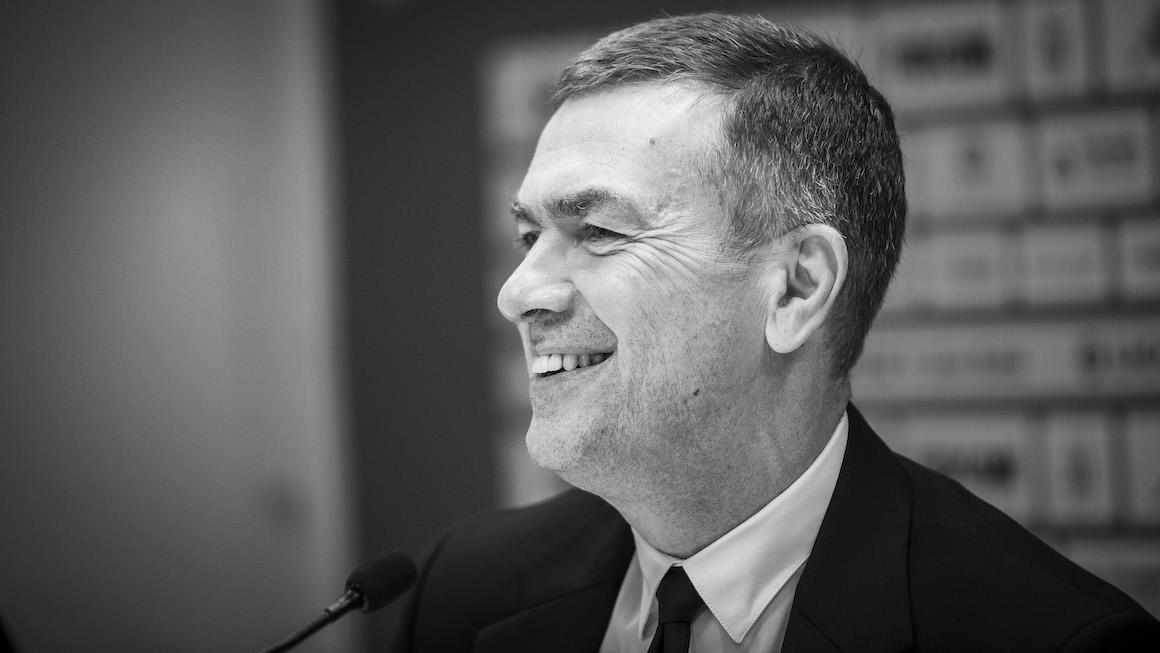 I would like to thank all the players, the technical staff and the supporters for their support. These are the results of a lot of effort on the part of the President and all of these collaborators. We have opened a new chapter in the history of AS Monaco with a lot of investment. We are now seeing the result with great success for the club and the group. I also have a special thought for Jean Paul Chaude who would have been very happy to see the club finish on the podium.
Oleg PetrovVice President and CEO, AS Monaco

Hello Oleg. How did you experience this final day of the season?

It was a very stressful end to the league campaign with a narrow difference in points. Historically, this season has been exceptional. Last year, Nice beat Monaco on the final matchday. This year, our friends from Nice helped us to qualify. I was sure Nice was going to be very focused on this game and I was hoping that Nice would fight with all their might.

Looking back on last summer, with all of the changes made, have you had a stressful season and are you happy with the risks you have taken?

They have been risks that paid off. Risk is part of football and of our work. The results are there, and I am very happy. The Club has grown step by step since last summer. Everything that has been done is a matter of progression. I think statistically we are the best team in the French league, and one of the best teams across the European Big 5 leagues in 2021. The second half of the season was exceptional.

What did the President tell you after the game?

He is very demanding. The aim was to get back into Europe. He wanted to see the Club finish on the podium. He called me afterwards and congratulated everyone; the players, the staff, the technical group. This third place finish shows the return of AS Monaco to its natural place.

Is the club’s organization now settled?

A foundation has been laid. I am happy with the technical and sporting groups. We have reached a state where we are satisfied. Regarding marketing and administration, there is always the possibility of progress. But we are very close to excellence. 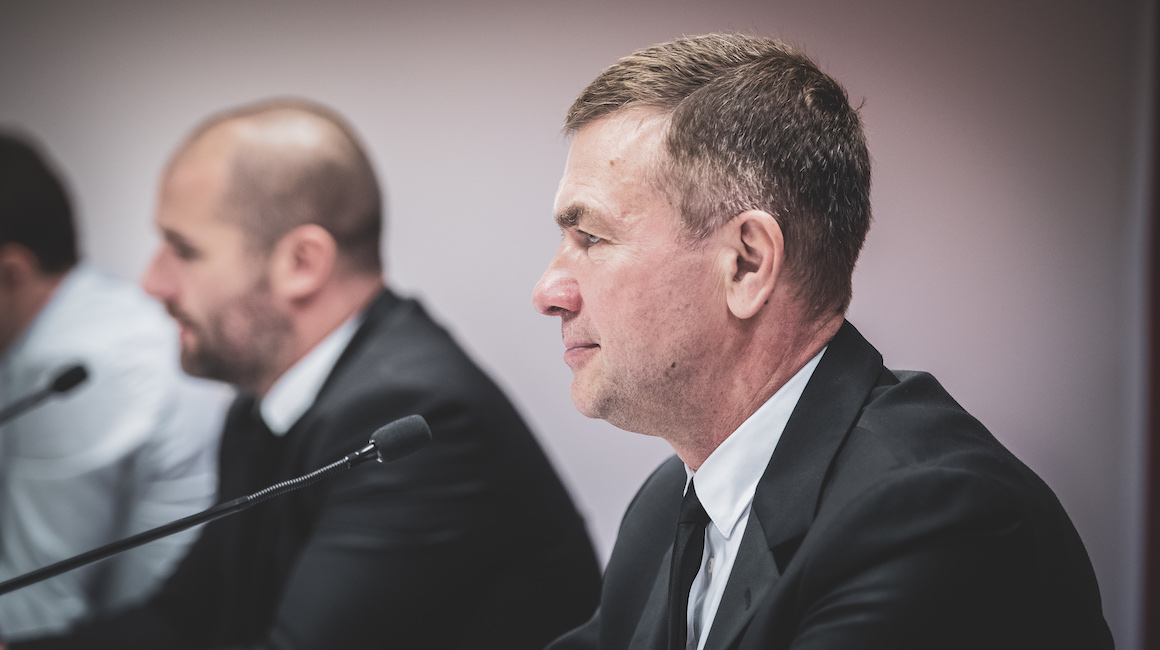 We have a lot of talents that need to develop even more. The players do not feel any sense of frustration and we are supported by our President. The strategy is to develop these players and be more successful next season. We'll see after that
Oleg PetrovVice President and CEO, AS Monaco

Is the fact that there were no sales last summer a problem today? Are you going to have to sell high potential players to balance the books?

For this summer, that’s not our priority. We have a lot of talents that need to develop even more. The players do not feel any sense of frustration and we are supported by our President. The strategy is to develop these players and be more successful next season. We’ll see after that.

What are the team’s goals for next season? Are you going to build a team to move past the first round of the Champions League?

The goal will be to be on the podium. We will fight very hard to reach the top step. It is very clear and the President is very ambitious. We will also work very hard not only to play in the Champions League, but to show that we are capable of impressing; this is the process we are currently developing.

What will be the strategic organization of Cercle Bruges?

Cercle Bruges’ season was one of transition. It was a difficult, challenging season. I can say that a lot has been done to develop the Club and lay the foundations for improvement. That was the goal and it has been achieved. We have hired a new coach, and a new Sporting Director. We have improved things administratively. I think they are ready to fight for the European places. This is the start of a new chapter.

We can judge Cercle on what will be done now. The team has 12 more points compared to the previous season. It’s the youngest team in Belgium. Inconsistency is often associated with youth. Other players in our squad have also joined Cercle to gain playing time, and the start of the season was also encouraging. 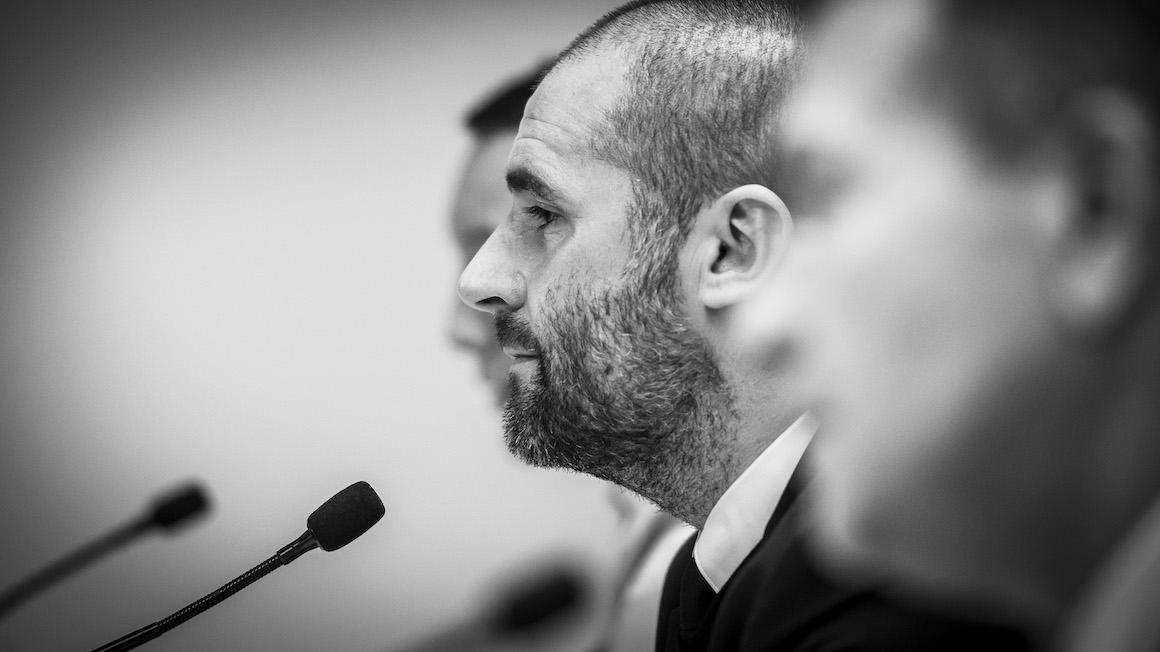 We announced a clear strategy at the start of the season. The aim was to bring AS Monaco back into European competition. This does not fundamentally change our plan and our vision which looks forward, over 3 or 4 years. We will continue working toward this vision to bring the Club even more stability.
Paul MitchellSporting Director, AS Monaco

Good morning Paul. What does finishing in third place change in terms of the team’s investment and strategy?

We announced a clear strategy at the start of the season. The aim was to bring AS Monaco back into European competition. This does not fundamentally change our plan and our vision which looks forward, over 3 or 4 years. We will continue working toward this vision to bring the Club even more stability.

What sort of team do you want to have going forward?

We’ve had conversations with Oleg and the President on ways to improve the team and the way the club functions. We are not talking about numbers but about how we use them. We ask ourselves questions as to how to strengthen the team. We then try to make that a reality. Every day, every week, every month, we try to do our best to analyze things in order to bring about innovations like the performance bubble. Our squad is one of the youngest in Europe. The level of their performance was very high. This is very interesting and it shows real room for improvement.

We've been working with Niko on the pre-season schedule and on transfer opportunities over the last few weeks. Yes, he will be our coach. Regarding the loanees, we have followed them all season. The players have played on different levels. In the coming weeks, we will analyze their play and make the right decisions for the players and the club.
Paul MitchellSporting Director, AS Monaco

Will Niko Kovac be on the bench next season? How are you going to deal with the 18 players who were on loan this season and will other Academy players sign professional contracts?

We’ve been working with Niko on the pre-season schedule and on transfer opportunities over the last few weeks. Yes, he will be our coach. Regarding the loanees, we have followed them all season. The players have played on different levels. In the coming weeks, we will analyze their play and make the right decisions for the players and the club.

Fo the  Academy players, we are working to sign with our best youngsters. The Academy is a pillar of our strategy, exemplified by Valentin Decarpentrie who played in the Coupe de France semifinal. We believe in our training model; it is the backbone of our strategy.

What are your main areas of recruitment going to be? What will the club do with Jove’ and Keita Baldé?

We had an end-of-season meeting to take stock and say goodbye before this press conference. We said goodbye to Stevan and we want to thank him for his efforts this season, as well as in previous years. We want to wish him good luck for the rest of his career. Regarding Keita, we will analyze his performance with Sampdoria over the coming days. We will make a decision after that.

Is the door closed for Aurélien and Benoît departing?

In football, you can never say never. Our president is ambitious and wants the club to achieve the greatest success. Both players are players with great potential. If anyone wants to tear them away from us, they will have to put in a lot of effort and be very convincing. 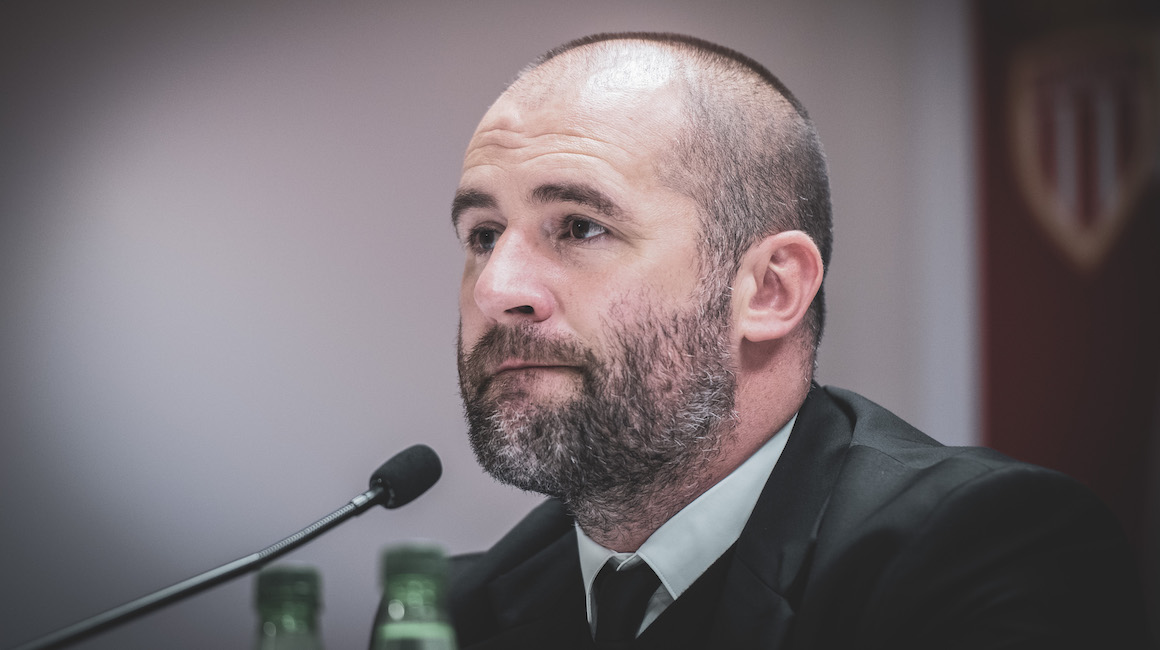 Will Wissam be the main star next season?

From my position, my ambition is to improve the team in sporting terms. It is our legitimate ambition to do everything we can to improve. Certainly it is difficult to recruit players of Wissam’s caliber, capable of scoring 20 goals per season. I will work very hard to improve the team. My family won’t see me much this summer (smiles). There is a desire to bring stability to the squad.

Regarding the Olympics, will the club release the players for them?

When it comes to the Olympic Games, we are not closed to this being the case. We will analyze this in relation to the preseason. 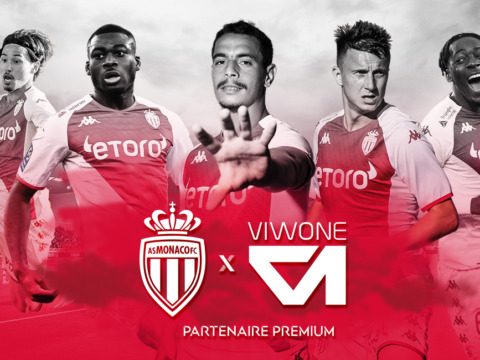