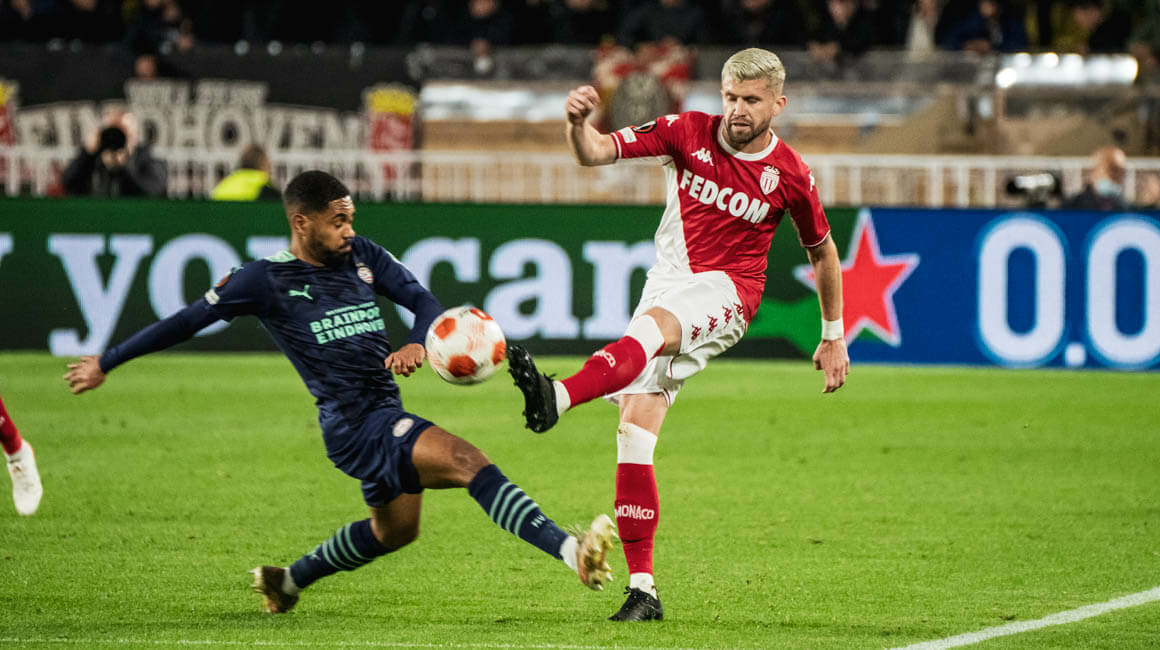 Aurélien Tchouameni et Wissam Ben Yedder sélectionnés en Bleu
AS Monaco hosted PSV Eindhoven on Thursday as part of the 4th matchday of the group stage of the Europa League. It was a match without a winner (0-0) but one which allowed the Rouge et Blanc to remain leaders of Group B.

A victory. This is what AS Monaco needed Thursday evening before their match against PSV Eindhoven in order to punch their ticket for the next stage of the Europa League. To achieve this goal, Niko Kovac decides to play a 3-5-2, marking the return to the starting lineup of Axel Disasi and Youssouf Fofana, as well as another start for Myron Boadu, author of his first goal with Monaco in the reverse fixture.

Winners in Eindhoven (2-1) in the 200th European match in Club history, the Monegasques attacked their opponent haltingly. But the low block set up by Niko Kovac was very solid and Alexander Nübel had little to do in the first half, which was closely fought and ended goalless.

At the break, Niko Kovac made three changes in bringing on Aleksandr Golovin, Sofiane Diop and Djibril Sidbé in place of Jean Lucas, Axel Disasi and Ruben Aguilar, changing to a flat 4-4-2. Now showing a more attacking style, the Monegasques were very close to opening the scoring on a header by Aurélien Tchouameni which was cleared off the line by André Ramalho (67′).

Guillermo Maripán (81′), snatched at a header, and Krépin Diatta, on the break in stoppage time (93′), would also threaten the Dutch defense, but the score remained deadlocked (0-0) until the end of the match.

First place on the line against Real Sociedad

With eight points, the Rouge et Blanc, still undefeated, remain in first place in Group B, two points ahead of Real Sociedad, who drew at home to Sturm Graz (1-1). The team’s next match in the competition will once again take place at Louis-II, on November 25 against the Basques (9 p.m.). If successful, Monaco would be assured of finishing top of the group and qualifying for the round of 16.