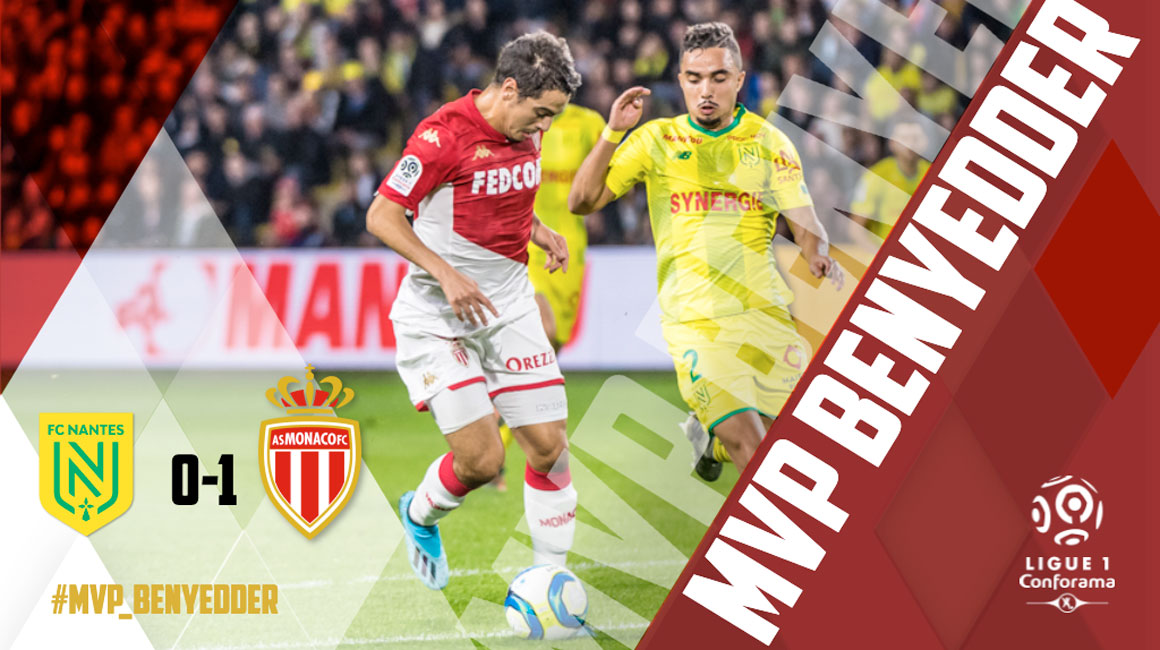 Author once more of a decisive goal in Nantes, Wissam Ben Yedder was elected MVP of the 11th matchday of Ligue 1 by the users of the AS Monaco App.

This is the second time in a row that the French international striker has been singled out by the fans, having logically won this award in the previous match against Rennes, during which he scored two goals. With a little more than 50% of the vote, Wissam Ben Yedder finished ahead of Benjamin Lecomte, author of several important saves at La Beaujoire, and Aleksandr Golovin, who recorded his second assist this season.

A third award for “WBY”

For the runners up “Golo” climbs on the podium in front of Adrien Silva, whose activity and combativeness in the heart of the midfield also impressed the fans in this match. As for Wissam Ben Yedder, also present in the Team of the 11th matchday, it is the third time this season that he is elected MVP (Marseille, Rennes, Nantes) … Something tells us that it is not the last …

Join us on the AS Monaco App from Wednesday night after the match against Marseille to vote for the MVP of the match, and of October!