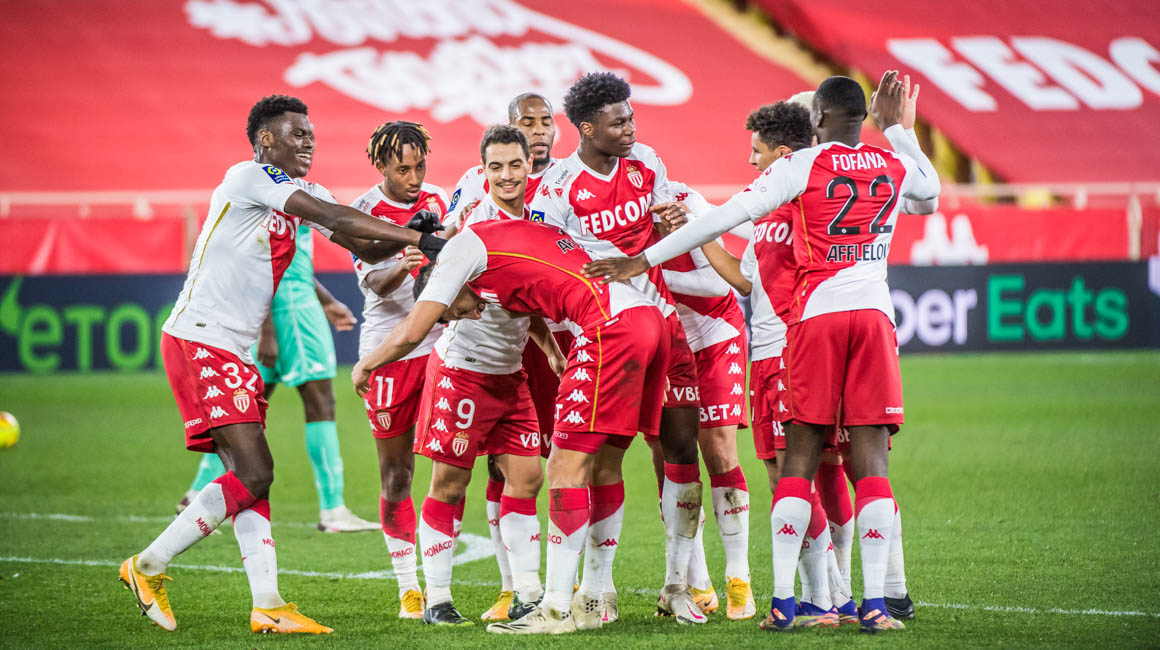 To end the first half of the Ligue 1 season in the best possible way, the players of AS Monaco recorded a very convincing victory against Le SCO, after a match controlled from start to finish (3-0).

For the first match of 2021 at the Stade Louis-II, Niko Kovac decided to alter his defense slightly. Of note in particular was the return of Benjamin Lecomte in goal, and a start for Djibril Sidibé  at right back. For the rest of the eleven, the Monegasque coach picked his classic front six. 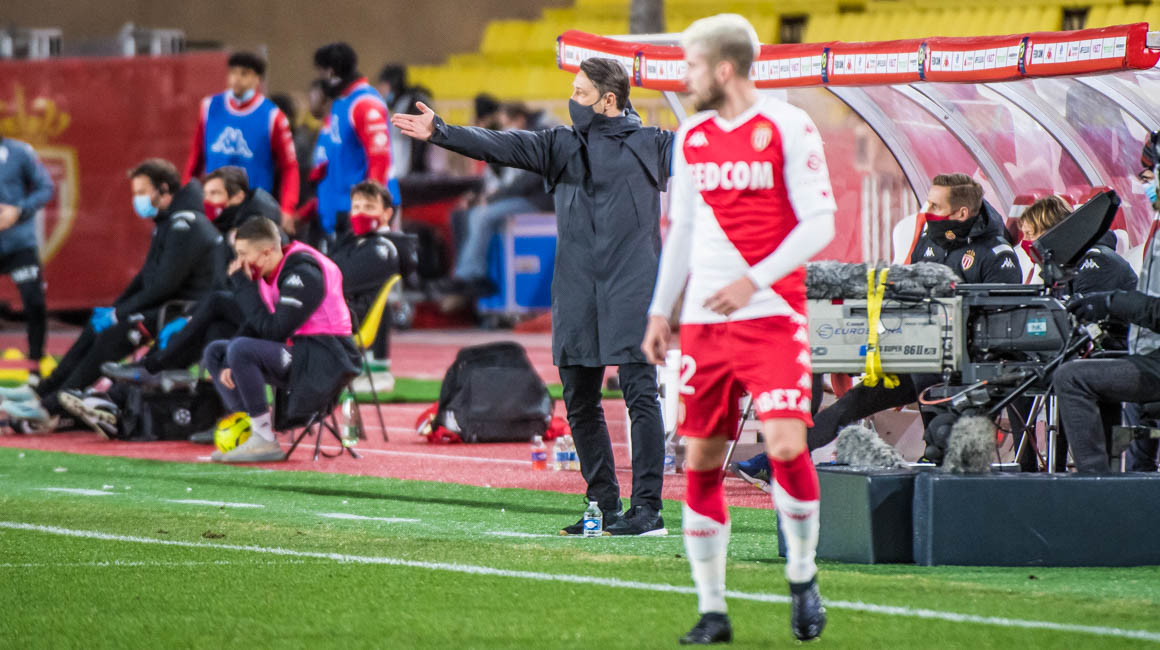 100% Monaco in the first quarter of an hour

From the start of the match, there was a noticeable change in formation, as Sofiane Diop and Gelson Martins switched flanks, while still playing in the usual 4-4-2. On a first good exchange on the left flank, it was precisely the young winger who gave himself a shooting opportunity (5th). Shortly thereafter, Wissam Ben Yedder, well found at the edge of the area, showed a nice bit of skill before attempting a floating effort that Paul Bernardoni tipped behind for a corner (6th).

Then it was Kevin Volland who picked up a good cross from Gelson Martins (9′). Unfortunately his effort was not on target. Possession was largely in favor of the Red and Whites, who had already created three chances in the first quarter of an hour. The first effort from the visitors came in the 19th minute of play, on a cross from Lois Diony controlled by Pierrick Capelle, whose shot was well wide of goal. Two minutes later, Benjamin Lecomte perfectly blocked a curling effort from Loïs Diony. 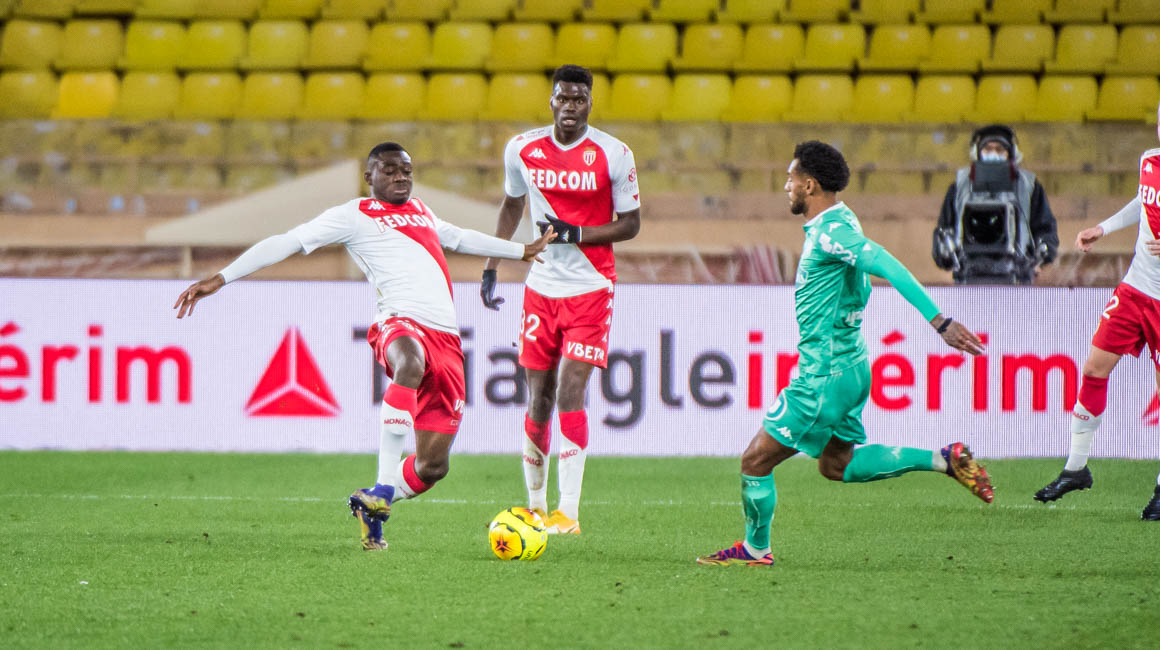 Maripán is again decisive in the opposition area

The Angevin striker was close to opening the scoring again on the next corner, which he was first to claim. But once again his effort was off-target (22nd). The battle was very physical in the heart of midfield in this first period. The two teams, who had each conceded 27 goals since the start of the season, wanted, above all to be solid at the back. However Sofiane Diop had a fine curling shot after a well-taken cross from the side of Le SCO‘s area (37′).

But it was Guillermo Maripán who would ultimately open the scoring. On a cross from Gelson Martins and a pair of deflections from Diop and Volland, the Chilean defender beat Paul Bernardoni from close range (1-0, 40th). Just before half-time, Kevin Volland was on the verge of doubling the lead on a powerful strike from the left side. On the resulting corner, it was Aurélien Tchouameni who saw his header pass just wide of the right post of the Angevin goalkeeper. 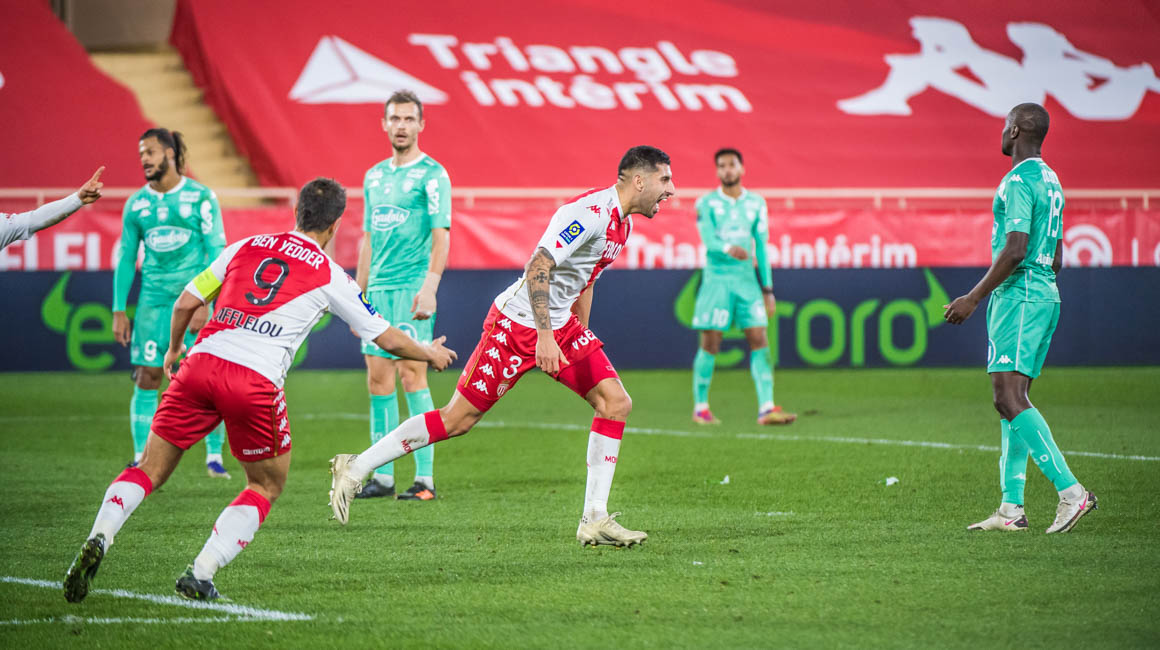 AS Monaco therefore headed to the locker room with a one-goal advantage, quite logical given a one-sided first half. It was a solid advantage that the Le SCO had difficulty in contesting, despite their intentions and a triple change just before the hour mark. The visitors did give themselves a chance on a corner through Ismaël Traoré, which Benjamin Lecomte snatched out of the air (69th).

It was finally Kevin Volland who gave himself, a few moments later, his 9th goal of the season from close ranger, on a superb overlap by Caio Henrique (2-0, 72′). The Red and Whites then led by two goals, giving Niko Kovac an opportunity to make a few changes. Stevan Jovetić came on in place of the captain, Wissam Ben Yedder. The Montenegrin took only six minutes to score on a well-orchestrated counterattack in the middle. 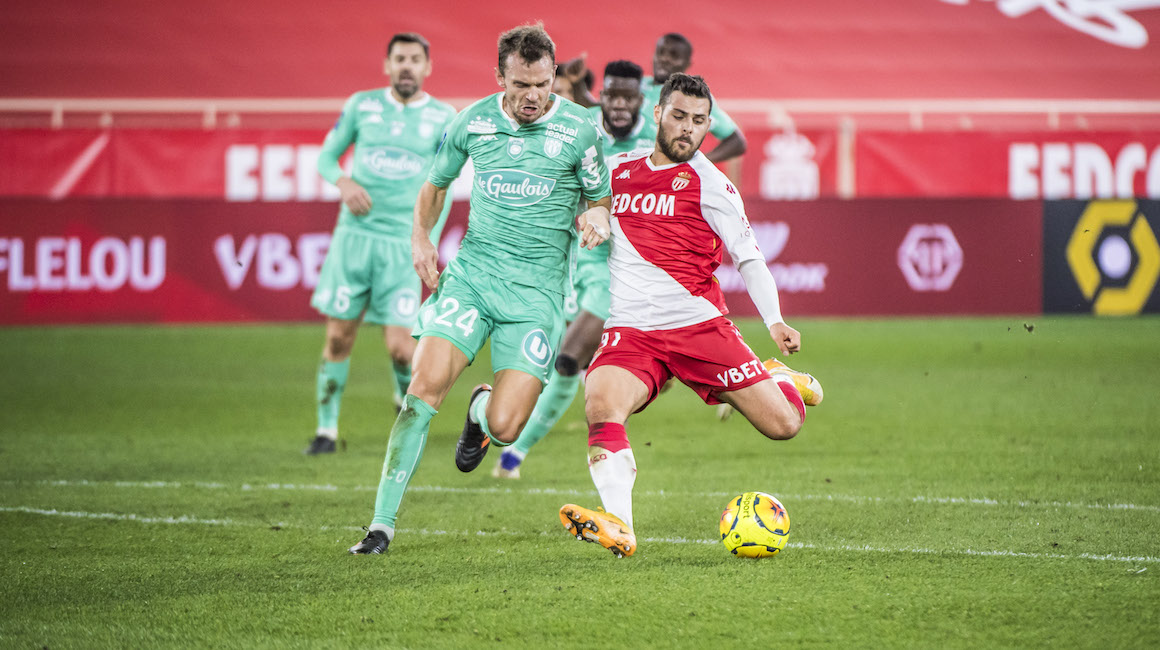 The second scorer of the match, Kevin Volland, played the substitute in with a long ball to see him reecord his first goal this season in Ligue 1 (3-0, 81st). In doing so, the German striker delivered his fifth assist of the campaign, and has now been involved in 14 of AS Monaco’s goals. It was a quiet end to the game, then for the men of Niko Kovac who finished the first half of the season with their 10th win, a result that sees them move into fourth place in the league table.

The next match for the Rouge et Blanc is next Friday, with a trip to Montpellier, for Matchday 20, the first match of the season’s second half.