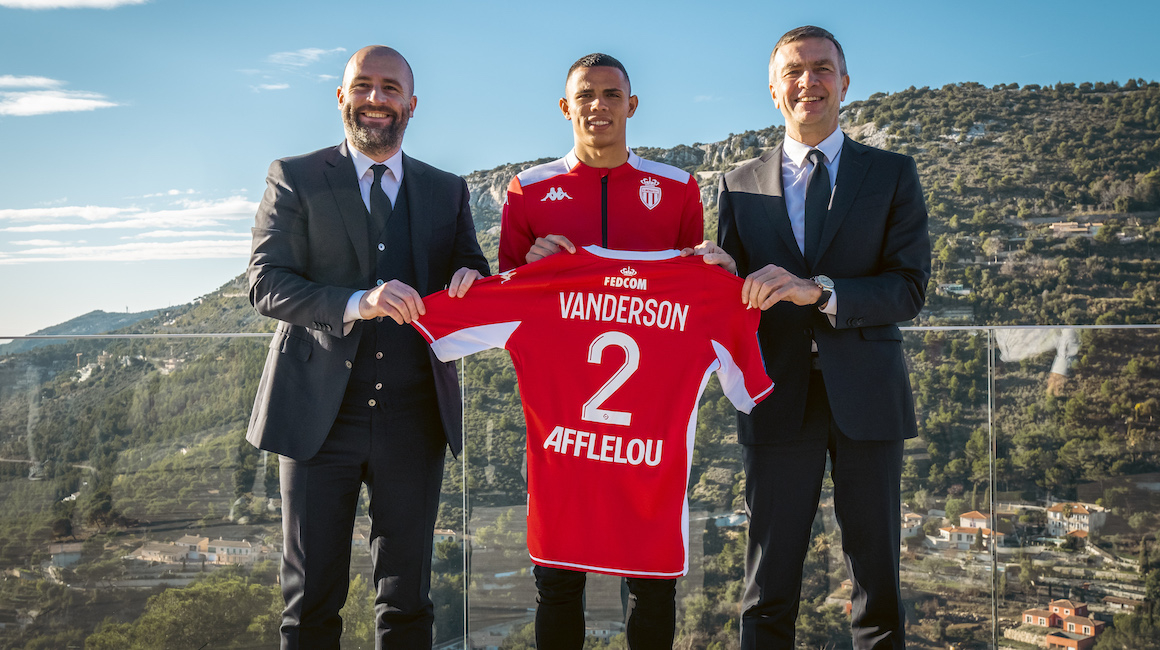 Five things to know about Vanderson, AS Monaco's new defender!
Arriving in the Principality on January 1 to sign a five-year contract with AS Monaco, the 20-year-old Brazilian fullback was presented to the press in the presence of Oleg Petrov and Paul Mitchell, two days before the Rouge et Blanc head to Nantes.

He is the first Monegasque recruit of the winter transfer window! A former player at Grêmio Porto Alegre, the young Brazilian defender Vanderson (20), who signed a five-year contract last Saturday with AS Monaco, was presented to the media on Friday.  Two days before the resumption of Ligue 1, away to Nantes for the Rouge et Blanc (Sunday, 5:05 p.m.), the team’s new number 2 spoke for the first time, alongside Vice-President and CEO Oleg Petrov and Sporting Director Paul Mitchell.

We are very happy to present to you today Vanderson, a promising player who is coming off a great season in Brazil. He has a profile that fits in perfectly with our style of play, and I'm very glad he chose to make a long-term commitment with us.
Oleg PetrovVice President and CEO

Vanderson is a modern player, an attacking full-back who likes to get forward. He already has a great experience with more than 50 professional matches in the Brazilian league and was very coveted in the Premier League, and in Serie A. We are sure that he will have a future in the Brazilian national team and are therefore very happy to welcome him. He has great potential for the future. I think we have to give him time to adjust to our league, but I think he can have a real impact in the very near future. 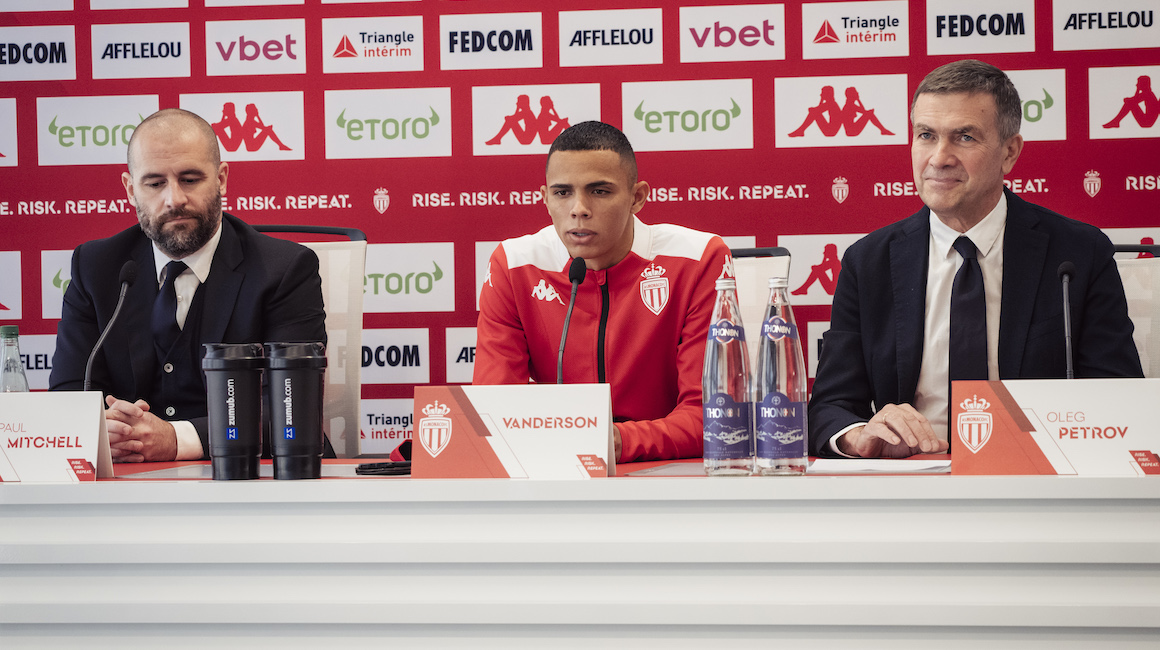 His choice in joining AS Monaco

Hello everyone. First of all, I would like to thank the Vice-President and the Sporting Director for the confidence they have placed in me. Monaco is a big, very important European club. I want to join this club and give joy to our supporters. I realize that I still have a lot of work to do to improve and show all my qualities, but I am very happy to be here. The Club is ambitious, and I want to join in this desire to achieve big goals.

His departure from Brazil

Regarding the situation at Grêmio, it was a difficult moment for me and for all the people at the club, to see them go down to the second division. It’s football, but I’m sure that with the players who make up the squad, they’ll quickly get back to Brazil’s top flight.

His impression of Ligue 1

I already knew Ligue 1, which is a very good European league, which it will help me to progress in my career. There are some very good players who play in France, both at Monaco and other clubs. 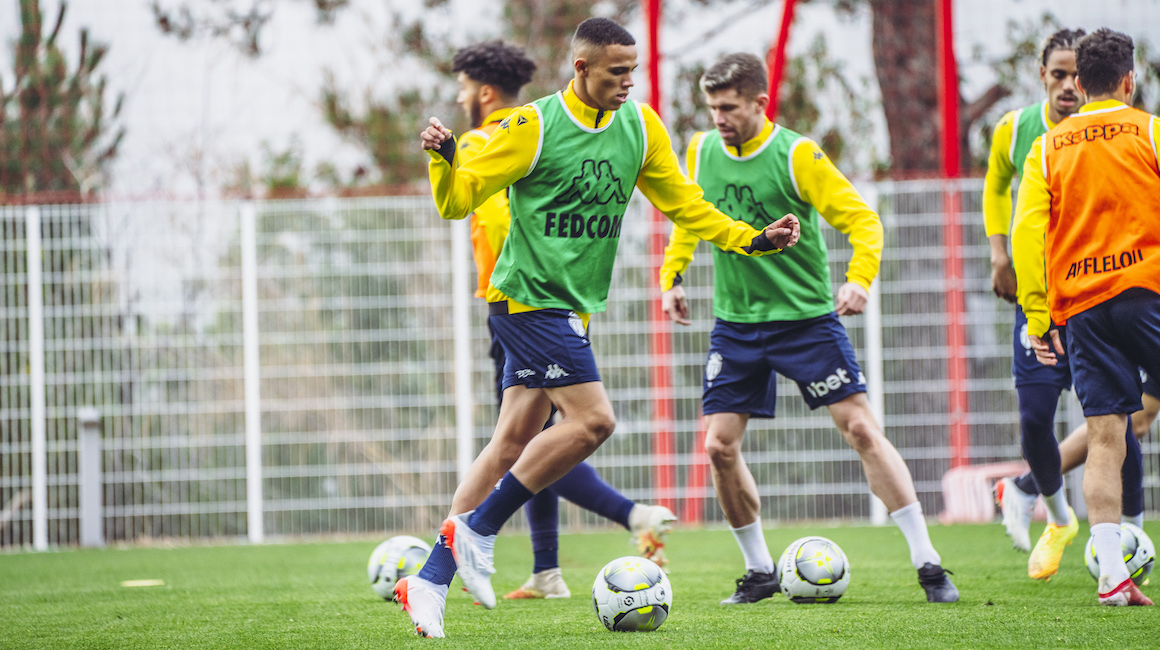 There are inevitably players that I look to as examples. The first one that comes to mind is Fabinho, who has came through playing in my position, before going on to become champion of France. He is an inspiration to me. Today he has a great career in England.
VandersonAS Monaco Defender

His adaptation into the squad

I know people who have played in Ligue 1 and have spoken well to me about this league. I was not in direct contact with Caio Henrique and Jean Lucas before I arrived here, but they have been a great help since my arrival, in my adaptation and in integrating on a daily basis with the squad.

His role models in his position

There are inevitably players that I look to as examples. The first one that comes to mind is Fabinho, who has came through playing in my position, before going on to become champion of France. He is an inspiration to me. Today he has a great career in England. He puts a lot of effort into playing his position, he is a very great player, one from whom I take a lot of inspiration. It is important for me to tell myself that there are other Brazilian players who have come through this club and who have succeeded here before me. I have to take inspiration from them.