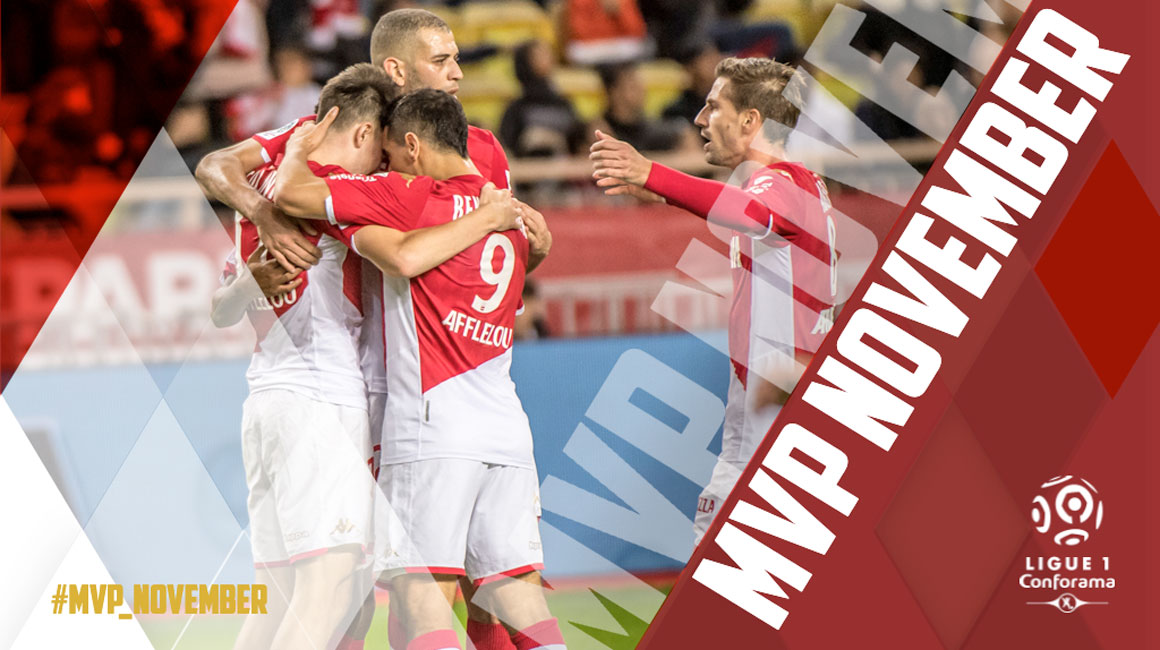 Which AS Monaco player will succeed Islam Slimani (September) and Wissam Ben Yedder (October)? It's up to you to decide on the AS Monaco App!

The Red-and-whites have played three Ligue 1 Conforama matches in November, against Saint-Etienne, Dijon and Bordeaux. You have 48 hours to vote in favor for the player who has impressed you the most in these three matches.

To participate, go to the “Games” section of the AS Monaco App.