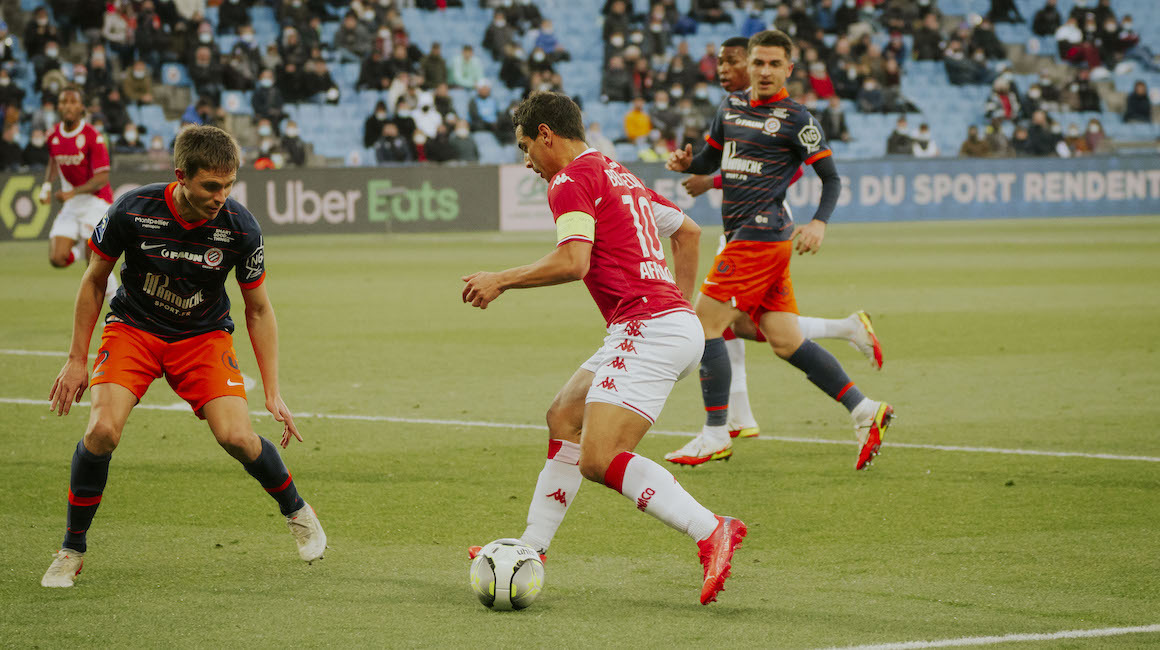 Both authors of a very solid match in Montpellier, and decisive on the first goal, Wissam Ben Yedder and Aurélien Tchouameni were elected joint MVPs by the fans of the Rouge et Blanc on the AS Monaco App.

All they needed was victory. But despite giving everything to get it, their efforts were unfortunately in vain. Despite the late defeat suffered by AS Monaco on Sunday in Montpellier (3-2), Wissam Ben Yedder and Aurélien Tchouameni had a very successful match which earned them a place as joint MVPs on the AS Monaco App, ahead of Alexander Nübel.

The pair of French internationals, who each received 40% of the vote, also proved decisive in the 34th minute on the first Monegasque goal of the game. With a fine cross, the Rouge et Blanc number 8 set up Wissam Ben Yedder to score our first goal with a header.

A 13th goal in Ligue 1 for Wissam, and a first assist for Aurélien

Scorer of his 13th goal of the season in Ligue 1, the Monegasque captain also became the division’s top scorer, while “Tchouam”, who delivered his first assist in this 2021-2022 championship, played another fine match full (114 touches, 10 ball recoveries). Bravo to both!