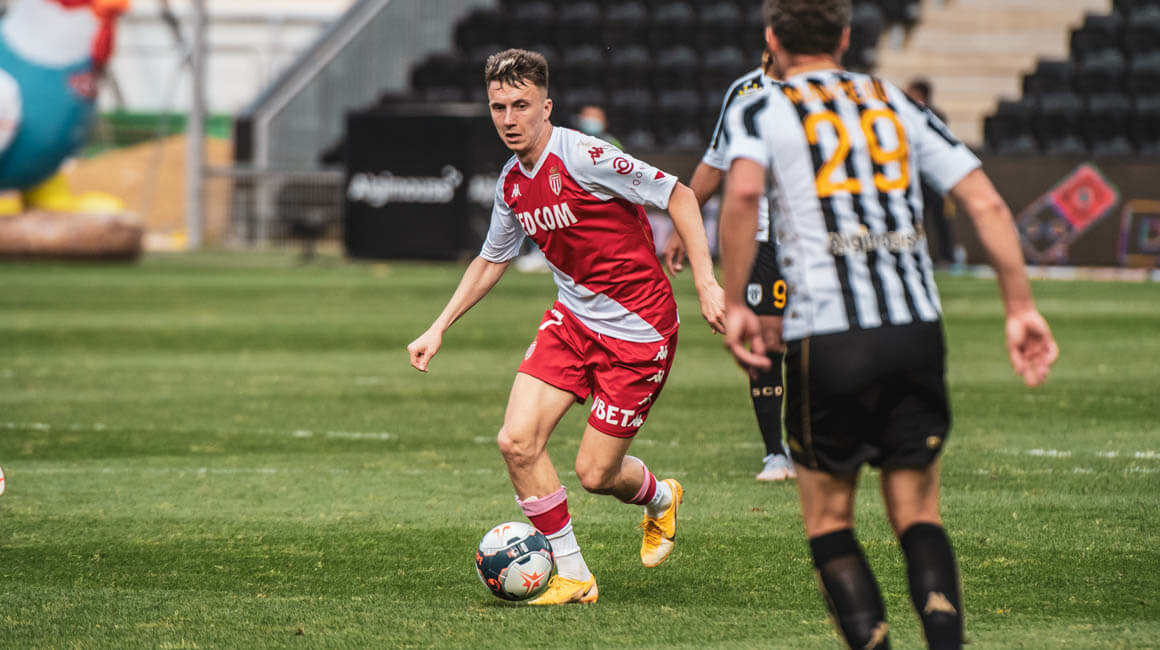 Niko Kovac: "We are a second family"

AS Monaco - Stade Rennais à huis clos au Stade Louis-II
On the eve of a visit from Stade Rennais (9 p.m.), as part of Round 37 of Ligue 1, the Russian international midfielder spoke at a press conference to discuss this decisive match in the race for Europe .

Absent for most of the first part of the season due to injury, Aleksandr Golovin has had a very high quality second half of the season, with a total of 4 goals and 8 assists. Capable of flashes of genius like his goal in Lorient after 10 seconds of play or his hat trick at Nîmes, he will be one of the X factors for the Monegasques in this thrilling end to the season, with the final of Coupe de France set for Wednesday. But before thinking about the Cup, though, the Rouge et Blanc will have to win against Rennes this Sunday. It was with this in mind that the Russia international spoke with the media in the pre-match press conference. 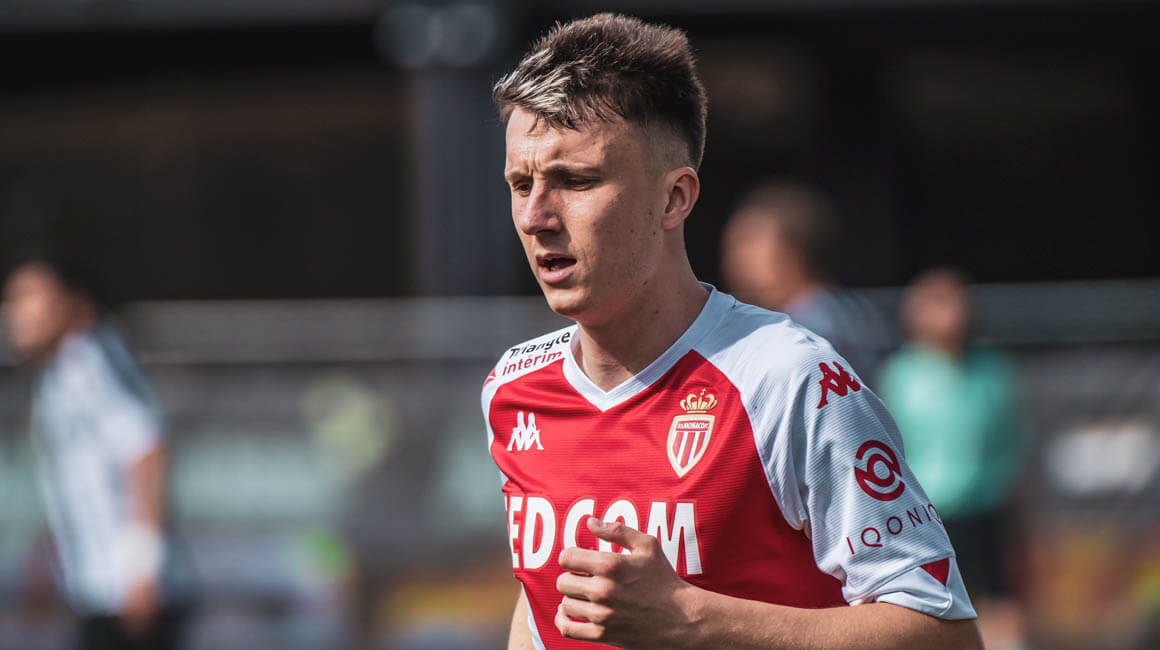 I was not lucky at the start of the season. It’s the first time I’ve had such a long injury in my career. It was a difficult time. But I was lucky to come back and thrive. Since coming back from injury, I have done a good job. Now I am motivated for the next three matches.
Aleksandr GolovinMidfielder, AS Monaco

Hello Aleksandr. How do you feel physically today?

I feel good. I consider myself at 100% for these last three matches.

How were those four months of injury for you?

I was not lucky at the start of the season. It’s the first time I’ve had such a long injury in my career. It was a difficult time. But I was lucky to come back and thrive. Since coming back from injury, I have done a good job. Now I am motivated for the next three matches.

Is this your best season?

I think yes. I can’t explain why. The staff here do an excellent job and I am very happy to be part of this team which plays such excellent football.

What is your favorite position?

Do you feel the need to raise your level of play to be the technical leader of the team in the last three games?

Of course, I feel this responsibility and a desire to show more. We are in great form. The final against PSG will be difficult against a very good team. We will be underdogs, but we have the possibility of bringing back the trophy. 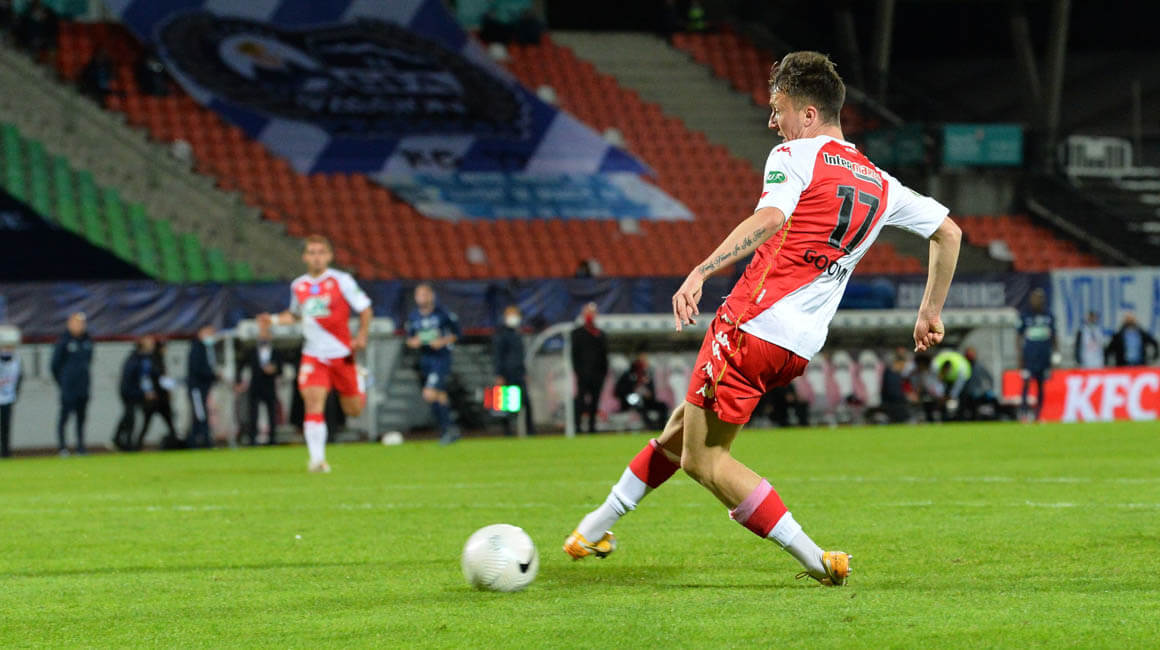 Do you see your future at AS Monaco?

I feel very good here. I am happy and fulfilled playing for AS Monaco. It’s not easy for a Russian to adapt when you come to Europe. But this period is behind me. I am very happy. I don’t want to talk about the future because I am focused on these next matches.

Why is adaptation difficult for a Russian?

It is difficult to explain. Maybe there is a feeling of nostalgia. Maybe it comes from the Russian mentality, you feel good at home, defending the colors of a local team. Few Russians have played and succeeded in Europe, and I hope that will change in the future.

Niko Kovac has inspired in me the need to put in defensive work. Attacking players are not used to defending, but the coach has instilled this in us. The act of defending collectively has been the key to our success and our results.
Aleksandr GolovinMidfielder, AS Monaco

Has Niko Kovac changed any aspect of your game?

Niko Kovac has inspired in me the need to put in defensive work. Attacking players are not used to defending, but the coach has instilled this in us. The act of defending collectively has been the key to our success and our results.

Do you understand French now?

Not a lot. I understand the footballing jargon because the words are quite easy to understand. But the French language is very difficult to learn. I do not understand everything. 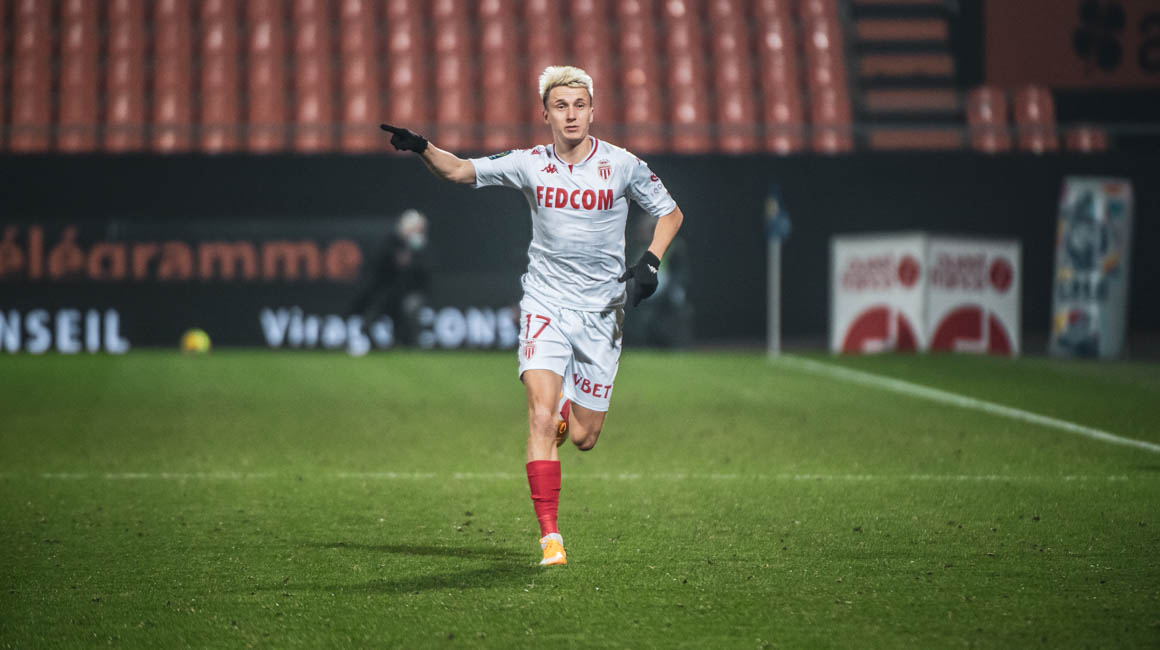 Do you understand the game more since your arrival?

I think I have improved since my arrival, especially in terms of the pace of the game. I was surprised by the high pace of French football. I had to adapt. When you’re up against lower-ranking teams, you can’t play at a low pace. I have made progress on this side of things.

When did you realize your injury was behind you?

I think it was the game against Nîmes where I scored three goals and played 86 minutes. It was during this match that I realized that I was back to my best.

How are you approaching the Euros?

The Club has invested a lot in you. Is it necessary to pay back the trust shown in you?

It’s difficult to say. I want to play football and show my best on the pitch. We have the opportunity to achieve some great goals and I hope we will have a perfect week.

Is it the best atmosphere since you arrived at the club? How do you feel ?

It’s true that there is a great atmosphere in the locker room. Cesc and Kevin make a lot of jokes. We are like a family, I think that’s really the word for it. And this shows on the pitch.

Finally, do you see yourself lifting the cup?

This is my dream and I hope we will make it come true.