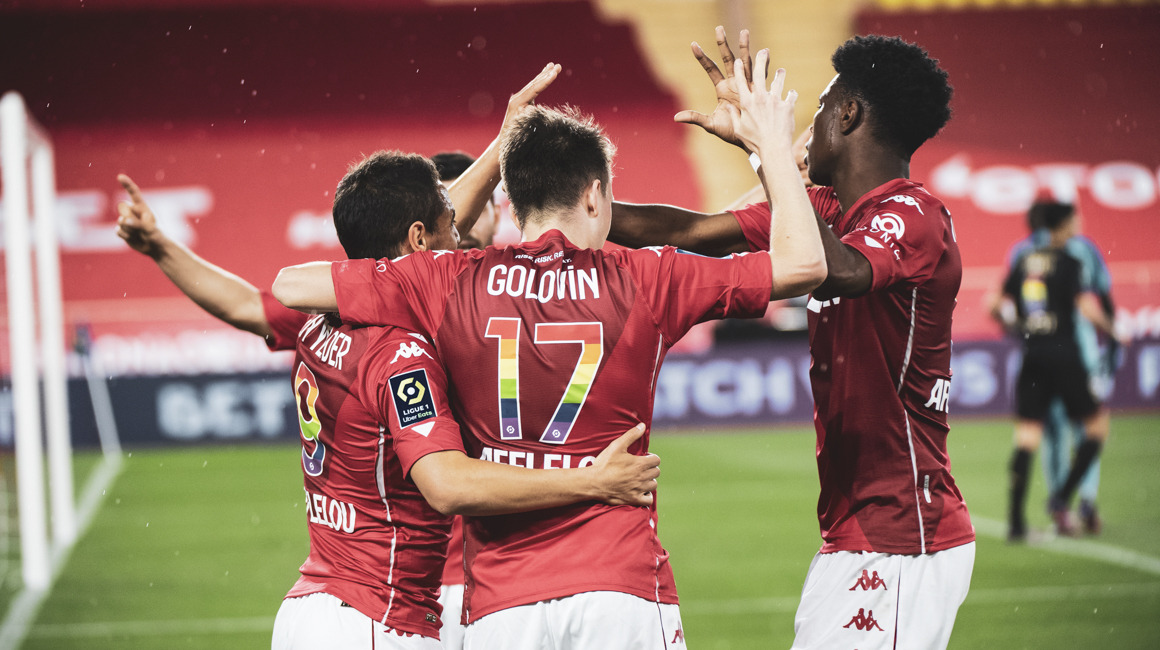 Thanks to goals from Wissam Ben Yedder and Aleksandr Golovin in the first half, AS Monaco won 2-1 in a crucial match against Stade Rennais. It's a result that allows the Rouge et Blanc to keep hold of third place and continue to dream of the Champions League.

To tackle this decisive match in the race for the Champions League against Stade Rennais, Niko Kovac lined up in his usual 4-4-2 hybrid, with returns to the starting XI for Aleksandr Golovin and Gelson Martins. The attacking duo was obviously composed of Wissam Ben Yedder and Kevin Volland.

The “Wissam special” for the opening goal

The start of the match was even between the two teams,  as Rennes managed to keep the ball well in the Monegasque half, without, however, creating much in the way of danger. But it was the visitors who would be caught on the counterattack. After a ball recovered by Benoit Badiashile  25 meters from his own goal, he passed it to Aurélien Tchouameni, who then fed Aleksandr Golovin, before the Russian played in Wissam Ben Yedder deep. 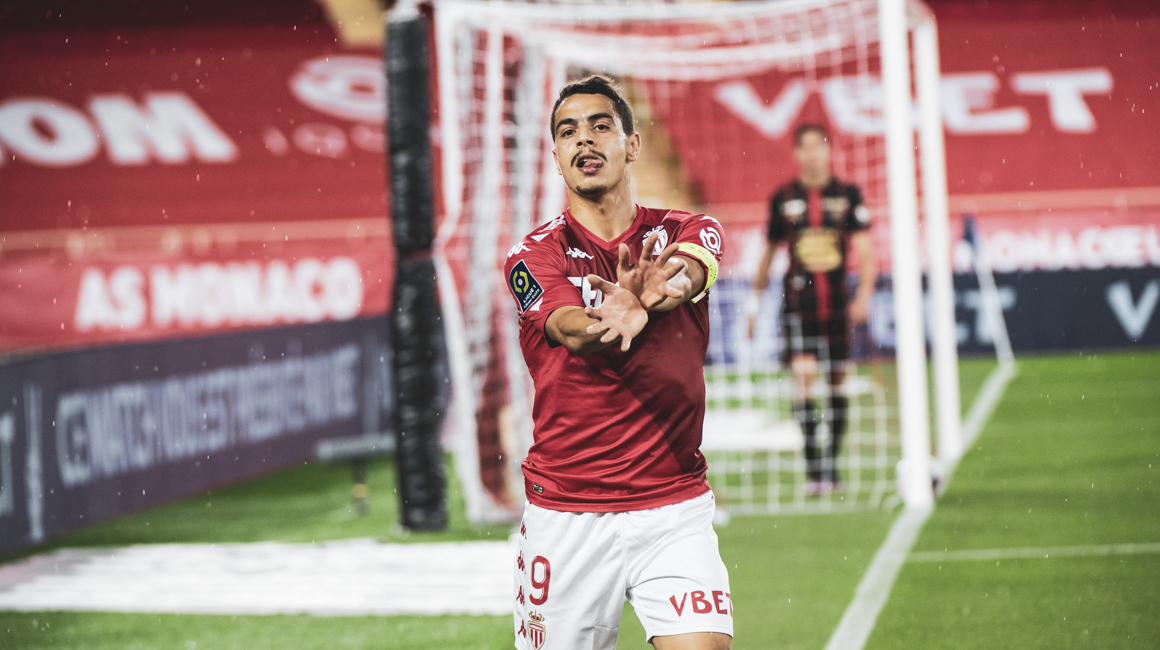 Springing the offside trap, the Monegasque captain beat Alfred Gomis thanks to what is becoming his specialty; a chipped finish, which nestled in the corner of the Rennes goal deflecting off the right post (16th).

The number 9 of the Rouge et Blanc had scored his 20th goal of the season, and Niko Kovac’s side kept up the pressure. A ball recovered at the edge of the box fell to the feet of Aleksandr Golovin. The Russian turned away from his marker before hitting a shot from 20 meters, which was deflected by Damien Da Silva past his own goalkeeper (29th).

After delivering an assist on the first goal, the Russian international midfielder was again decisive and scored his fifth goal of the season. Despite a strike from Aurélien Tchouameni which narrowly missed the target, the score remained 2-0 at halftime.

A piece of bad luck reduces the lead

Rennes proved more enterprising at the start of the second half, without really being dangerous in front of Benjamin Lecomte’s goal as they managed only a few long shots early in the second half. 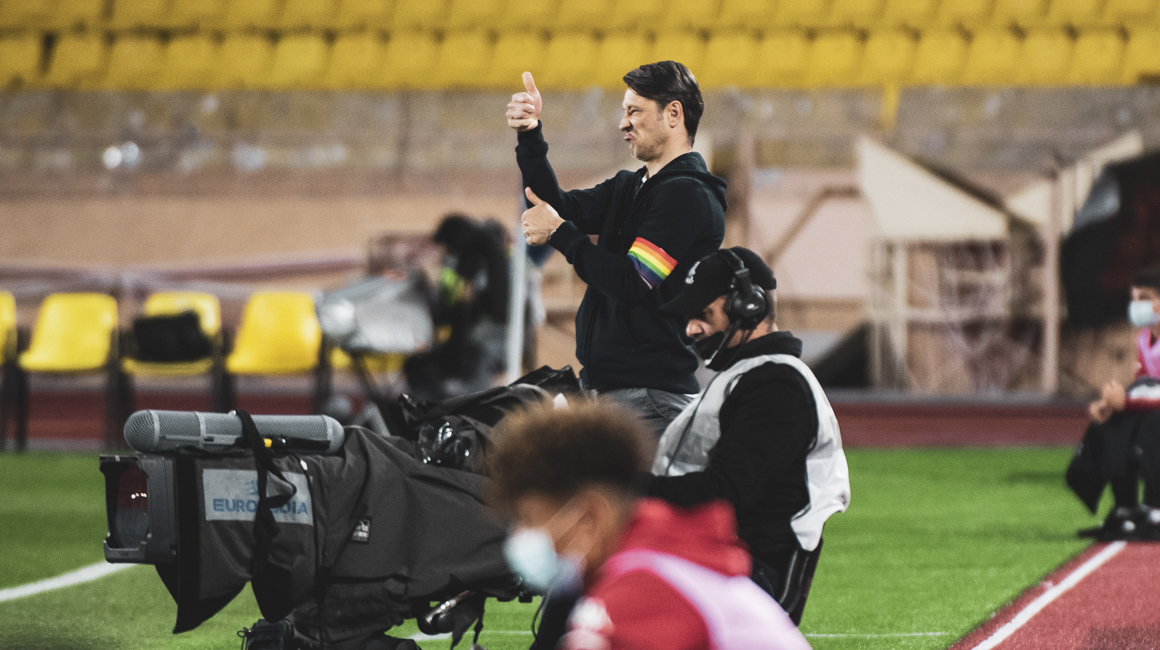 But it was on a piece of bad luck that the lead was reduced as Axel Disasi, who had just come on, beat his own goalkeeper with a header (70′). In order to find a second wind, Niko Kovac then made a few changes, including Eliot Matazo and Fodé Ballo-Touré.

A win confirmed thanks to a controlled end to the match

Barely on to the pitch, the left back suffered a bad foul, being caught on the ankle by Damien Da Silva, an action which saw the Breton captain sent off in the 85th minute, a further boost for the Rouge et Blanc, who managed the end of the match perfectly. 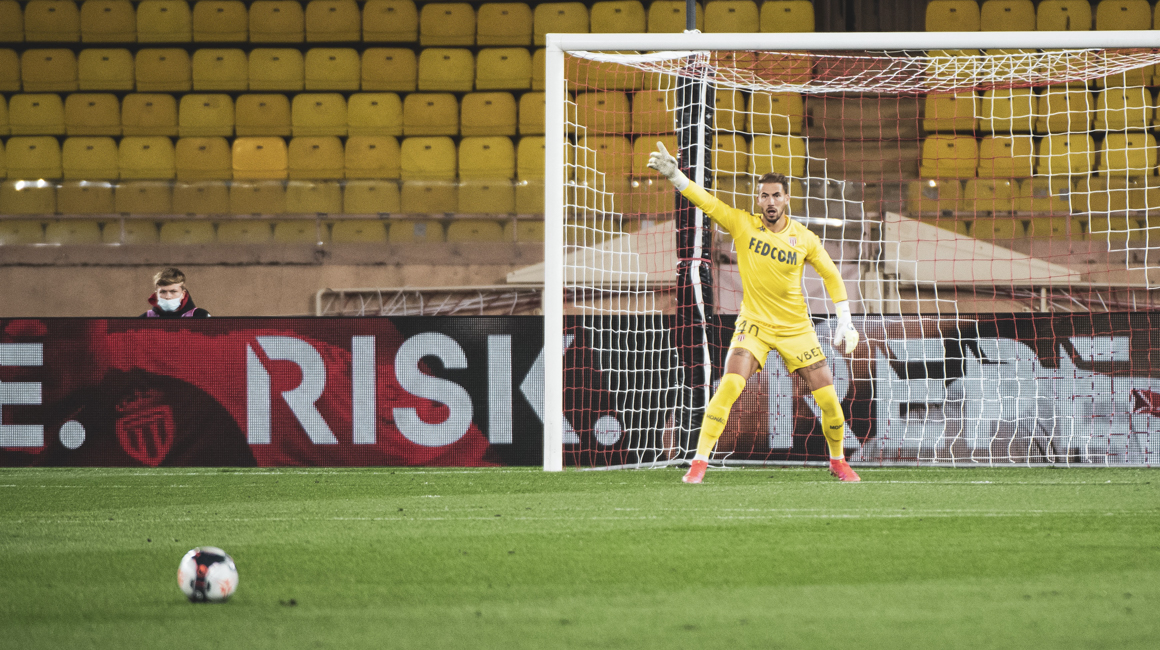 They were even close to getting a third but Fodé Ballo-Touré couldn’t finish, but it was of little consequence. AS Monaco won 2-1 and stayed in third place with one round remaining. Before for the last matchday, though, they have a big appointment at the Stade de France, facing Paris Saint-Germain in the Coupe de France final.