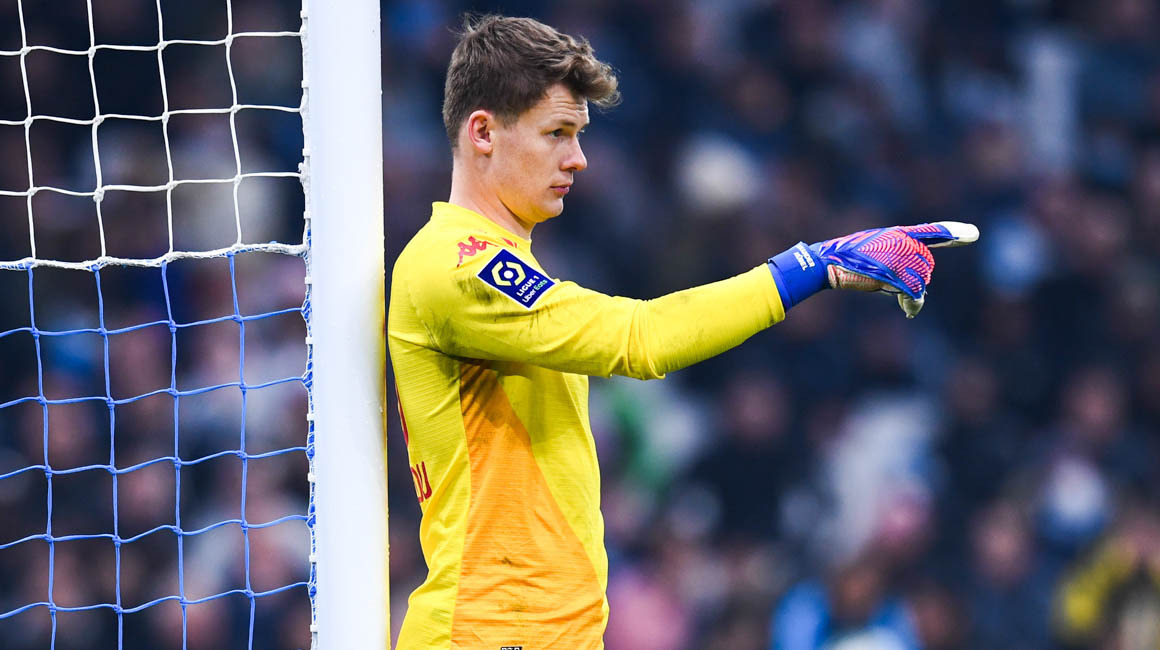 After the defeat against Strasbourg (1-0), the Monegasque goalkeeper quickly focused on the team's next fixtures with a desire to bounce back on Thursday against Braga in the Europa League.

Infuriating. AS Monaco lost to Strasbourg (1-0) this Sunday in a big match at the top of the table on the 28th round of Ligue 1. It was a narrow loss which frustrated the Rouge et Blanc, exemplified by Alexander Nübel, even if the goalkeeper was already planning for the next match, starting Thursday in the Europa League against SC Braga. Here’s what the German goalkeeper had to say to the media post-match.

From tomorrow we will have to think about the things to work on, but the good news is that Thursday we will play another big match, against Braga, and it will be a very good opportunity for us to bounce back.
Alexander NübelAS Monaco goalkeeper

Hello Alexander. How do you feel after this game?

We lost, so we are all bound to be disappointed. The first half was okay, but the second, especially the last 30 minutes, wasn’t good enough. We weren’t aggressive enough to score a goal which would have revived us, so for us it wasn’t a good match.

The coach did not hide his disappointment after this performance…

We are also very disappointed, and this is the case after each defeat. From tomorrow we will have to think about the things to work on, but the good news is that Thursday we will play another big match, against Braga, and it will be a very good opportunity for us to bounce back. We aren’t look at the tabled, we are focused on the games to come and we have to keep working hard. We want to bounce back, there are still many matches left until the end of the season, so anything is still possible.

Do you think you deserved better in this match?

I think a draw would not have been undeserved. Unfortunately, we didn’t push hard enough to equalise, we didn’t have many chances to score and in the end we conceded a defeat. In addition, on the goal we conceded, in my opinion the ball went out. Unfortunately the referee made another decision, that’s how it is, we can’t change it.