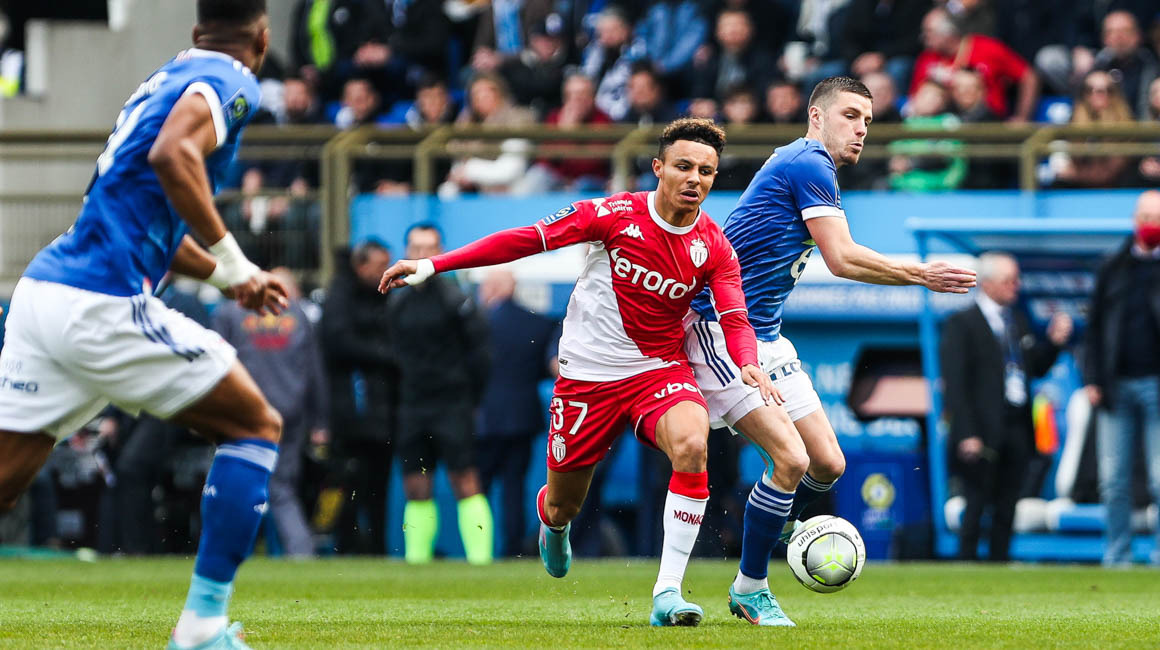 Playing away to Strasbourg on Sunday as part of the 28th round of Ligue 1, AS Monaco lost by the smallest margin (1-0), despite having great chances in the second half.

A week after a very fine win in Marseille (1-0), AS Monaco played another big match in Ligue 1, this Sunday against Strasbourg, again away from home. It was a top-of-the-table affair which unfortunately ended in a narrow defeat at La Meinau (1-0).

A few days after the team’s trip to Braga in the round of 16 first leg of the Europa League (2-0 defeat), Philippe Clement decided to rotate his starting lineup a bit, with in particular the return to the team for Djibril Sidibé, Ismail Jakobs , Youssouf Fofana and Sofiane Diop. And after a tough and disputed start to the match, with no chances for either side, it was the Alsatians who would strike first.

On a corner, Kevin Gameiro wins his aerial duel and found Alexander Djiku, who opened the scoring with a scissor kick (1-0, 24′). It was a blow for the Monegasques who had not been troubled until then, but who were close to equalizing shortly afterwards. On a pass from Gelson Martins, Jean Lucas burst up the right and the ball came in at close range for Kevin Volland, who could not finish (31′). Sofiane Diop was then turn dangerous but his cross was overhit (36′) and it was therefore the hosts who returned to the locker room with a one-goal lead.

The substitutes try to change the game

On a vicious cross which ended up coming off the crossbar, Gelson Martins was dangerous (46′), between two strikes from Sanjin Prcić (46′ and 51′). The Strasbourg midfielder would even try his luck a third time on the counterattack, but Alexander Nübel did well to keep the ball away from his top corner (57′). The Monegasque goalkeeper was then saved by his crossbar on a header by Ludovic Ajorque (64′).

To level the score, Philippe Clement brought on successively Vanderson, Wissam Ben Yedder, Aleksandr Golovin and Myron Boadu. The latter even came very close to equalizing but slightly mistimed his headed on a perfect cross from the young Brazilian winger (74′). And despite more intense pressure at the end of the match, and a shot by the Russian midfielder coming close (87′), the Rouge et Blanc came up empty-handed…

Philippe Clement’s men will now play another week with two matches, and not just any games. They will first try to make a “comeback” against Braga on Thursday at the Stade Louis-II (6:45 p.m.) in the round of 16 second leg of the Europa League, before hosting PSG on Sunday (1 p.m.) in another big match in Ligue 1.