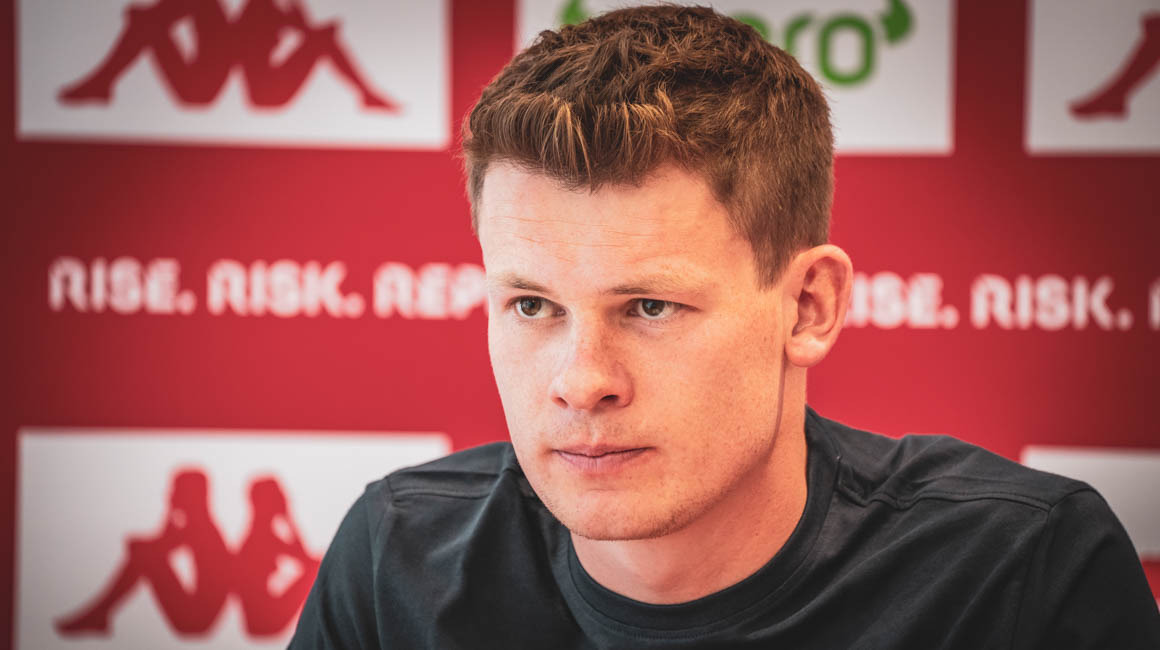 On the eve of a visit from OGC Nice, this Wednesday (7 p.m.) as part of the 33rd round of Ligue 1, the AS Monaco goalkeeper spoke at a press conference.

It’s a big match this Wednesday (7 p.m.) at the Stade Louis-II. The Rouge et Blanc will host OGC Nice in the big match of the 33rd round of Ligue 1 and the two teams, in the fight for European places, are separated by only one point in the table. It’s a derby that the Monegasques are approaching with determination, as Alexander Nübel told the media.

At the beginning, things weren't alwasy easy; now the understanding is much better, we know how the other one plays and how to react in certain situations. Of course we can still improve, but we are composed when we're together
Alexander NübelAS Monaco goalkeeper

I think the understanding on the pitch is better between us. The start of the season was not easy but now it is much better, we are training well and we have more time to work, with full weeks, and that counts for a lot. This is what partly explains why we are winning more games, especially against the teams at the top of the table.

The particularity of a derby

I played a lot of derbies in Germany, they are always special matches, especially for the fans. I really like these matches because there is a special atmosphere in the build-up.. We are ready for tomorrow, we have trained well. It’s a big match but there are only three points at stake. Personally, I’m preparing for this match like the previous ones. With the technical staff, I analyze all my opponents, so there will be nothing different for this derby.

His understanding with his teammates

Now the understanding is much better, we know how the other one plays and how to react in certain situations. Of course we can still improve, but we are composed when we’re together. When I play with French speakers, I speak French, but I adapt and I am able to communicate in English with those who prefer it.

I really enjoy doing activities with my teammates, going out to eat together, going to see other sports, and not just talking about football. It’s very important for us to have a good time together and besides, here in La Turbie, we can do a lot of cool things.

The level of Ligue 1 goalkeepers and Walter Benitez

Of course, I look at the performances of the other goalkeepers in Ligue 1, including those of Walter Benitez, who is having a very good season. He and his team have conceded relatively few goals and have the best defense in Ligue 1. But I’m always interested in the work of other goalkeepers, not especially his. 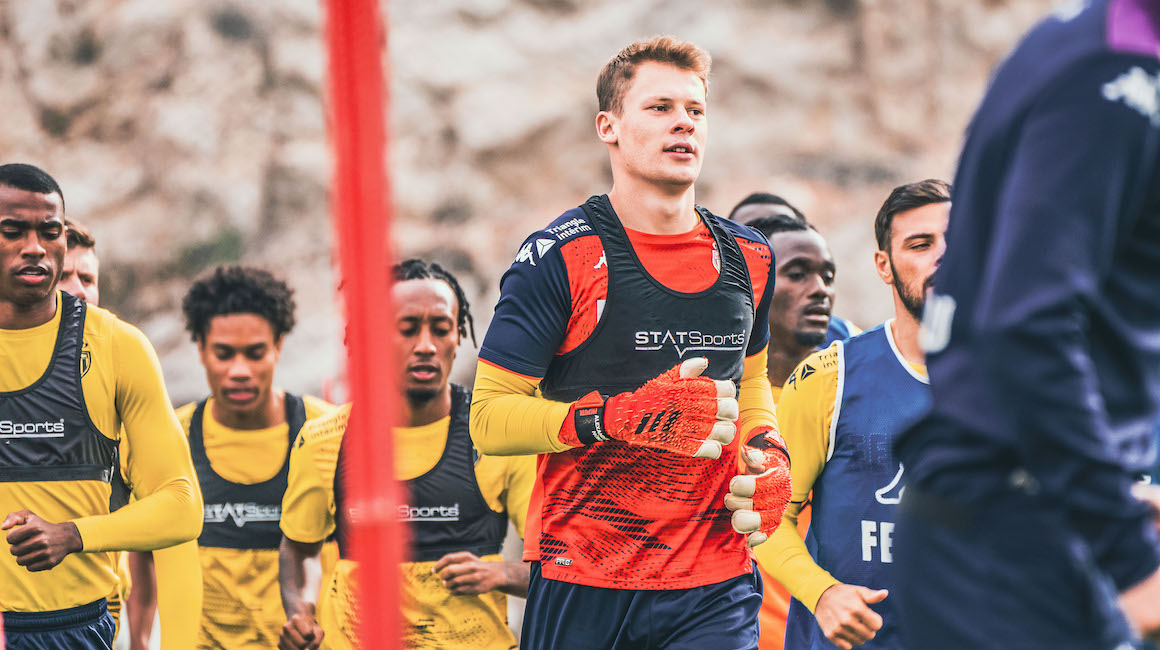 The importance of playing with the ball at your feet

Beyond a balance  between long and short passes, the important thing for me, as for the other goalkeepers, is to make saves, not to play with one’s feet. Of course kicking has become more important than it was ten years ago, but the most important thing is not to concede goals. If you look at the best goalkeepers in the world, such as Manuel Neuer, whom I have worked with, I have to improve in several areas, including my kicking.

The training of goalkeepers in France and Germany

I think it’s especially different in each club, it’s not necessarily a question of country. In Germany, from an early age, we work on all areas of play, not just saves. For example, when I was at Paderborn, we sometimes got together with all the goalkeepers at the club and train like outfield players. Another difference is that in France we mainly use our hands, while in Germany we also learn to make saves with our feet in certain situations. 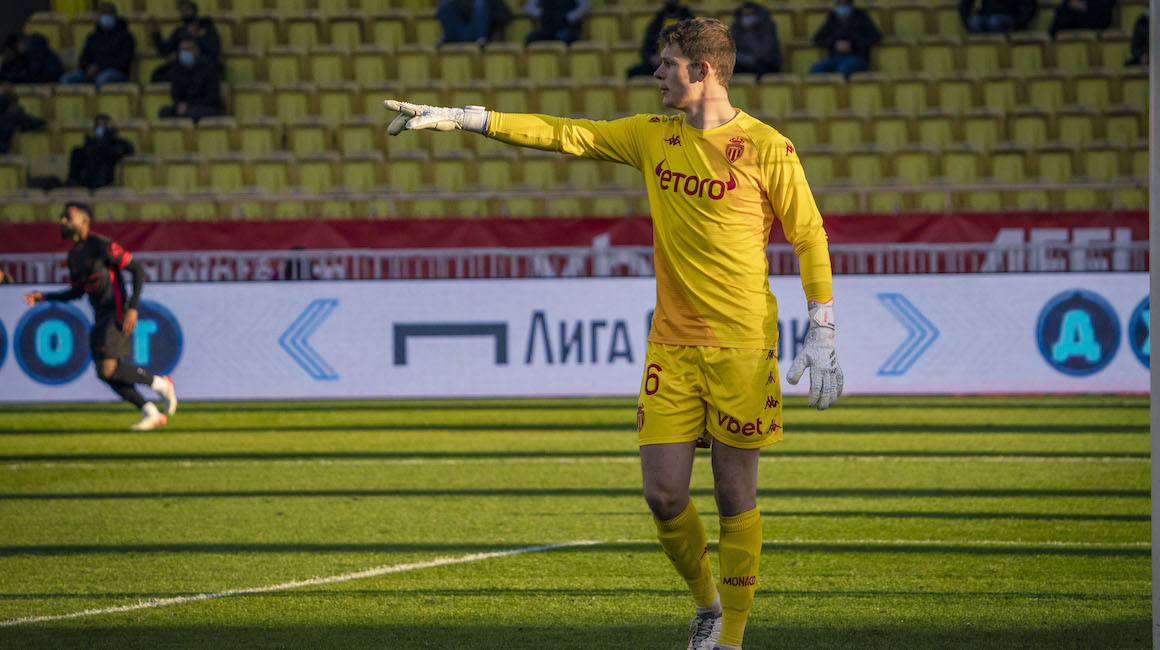