AS Monaco is delighted to announce its future collaboration with Kappa. The Italian brand will become the official kit supplier and the main partner of the club starting the 1st of July 2019 for six seasons, until 2025.

Kappa will exclusively dress the entire club on all its « sport » & « lifestyle » ranges on and off the pitch and will distribute a full range of clothing for all AS Monaco fans thanks to its worldwide network. A historic partnership that recalls a glorious past in common. During the 1999-2000 season, Ludovic Giuly and Marco Simone, two emblematic AS Monaco players among others, won the 7th French Championship title and the 2000 French Champions Trophy, under the famous « Omini » stamped jersey.

AS Monaco and Kappa will be releasing more information in the near future. 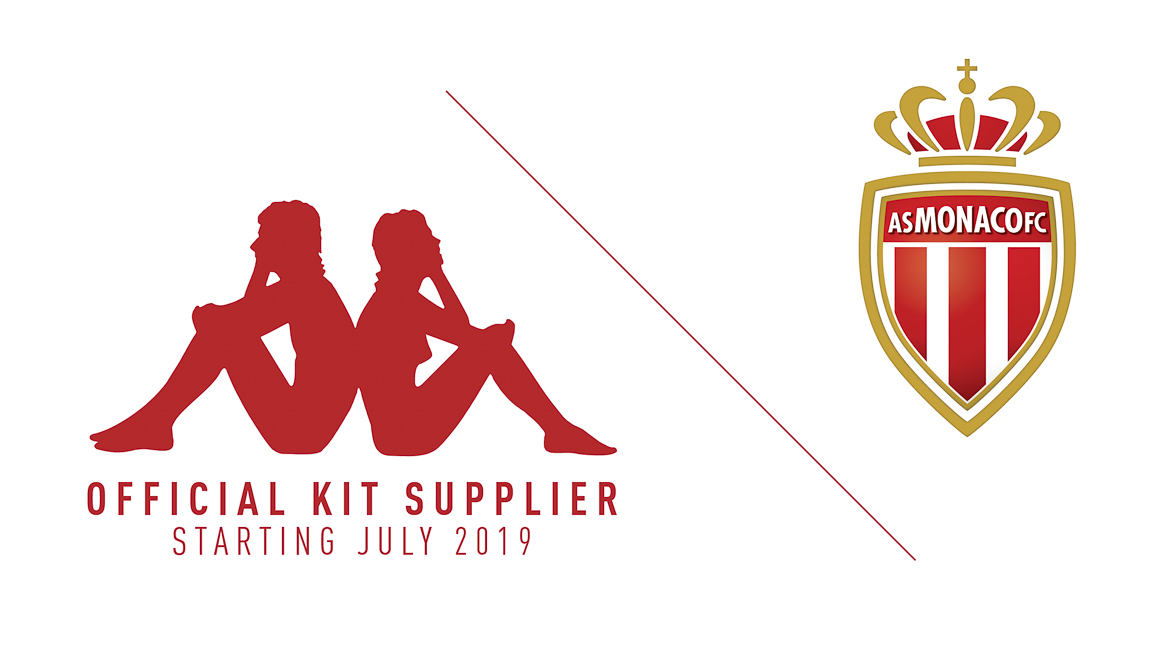 Kappa is one of the leading brands in the sportswear and lifestyle apparel in the world: a technical, unconventional, colourful, flexible, competent, global and Italian brand. Created in 1967, the brand is recognised as one of the leading manufacturers of the most innovative sports equipment on the team sport market and provides high performance technical equipment. The brand is historically linked to the sponsorship of professional clubs. Partner of illustrious clubs such as the Juventus of Turin and the FC Barcelona, the brand now equips more than a hundred professional clubs around the world. Present in football as well as rugby, basketball, handball and skiing, Kappa boasts an elegance and a style in the service of performance. Through its lifestyle range and iconic products, Kappa is part of the « streetwear » culture inspiring millions of followers who wears on a daily basis its products in the streets of the largest cities of the world.