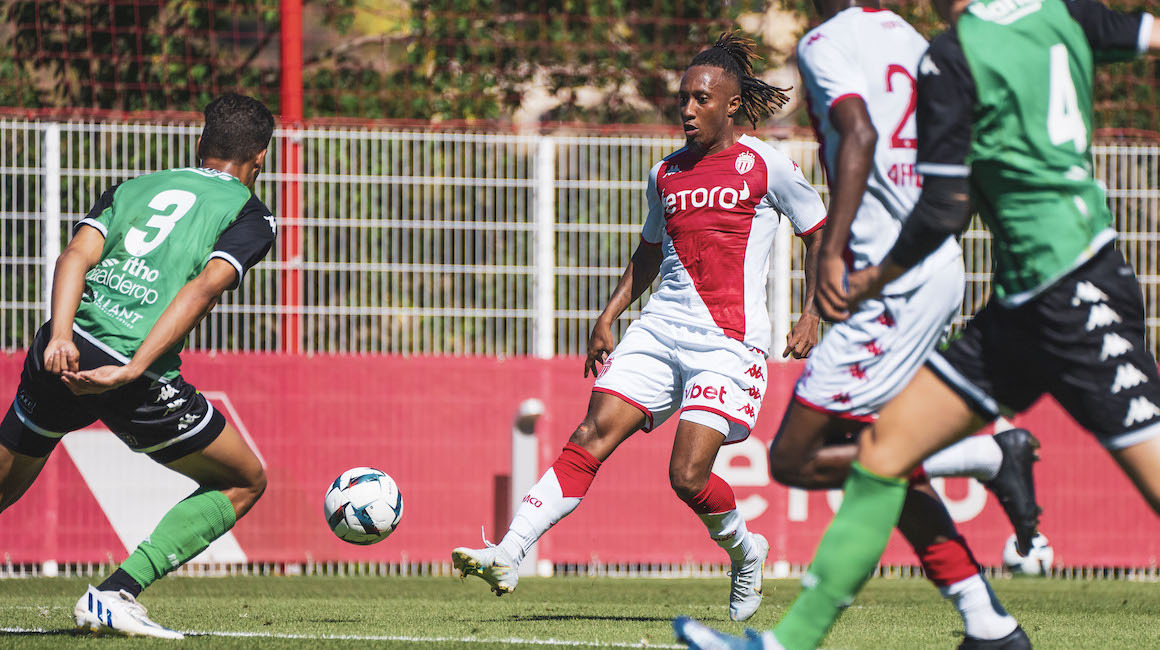 After a very compelling match, the Rouge et Blanc won against their sister club from Bruges at La Turbie (1-0), in the first friendly of the preseason.

A win to start things off! In their first pre-season friendly, played at La Turbie, AS Monaco won against its sister club Cercle Bruges (1-0), under the eyes of Dmitry Rybolovlev. The President attended the match in the company of members of his family, Juan Sartori, Vice-President of the Club, Ekaterina Sartori Rybolovleva, and their children, General Manager Jean-Emmanuel de Witt and Sporting Director Paul Mitchell. 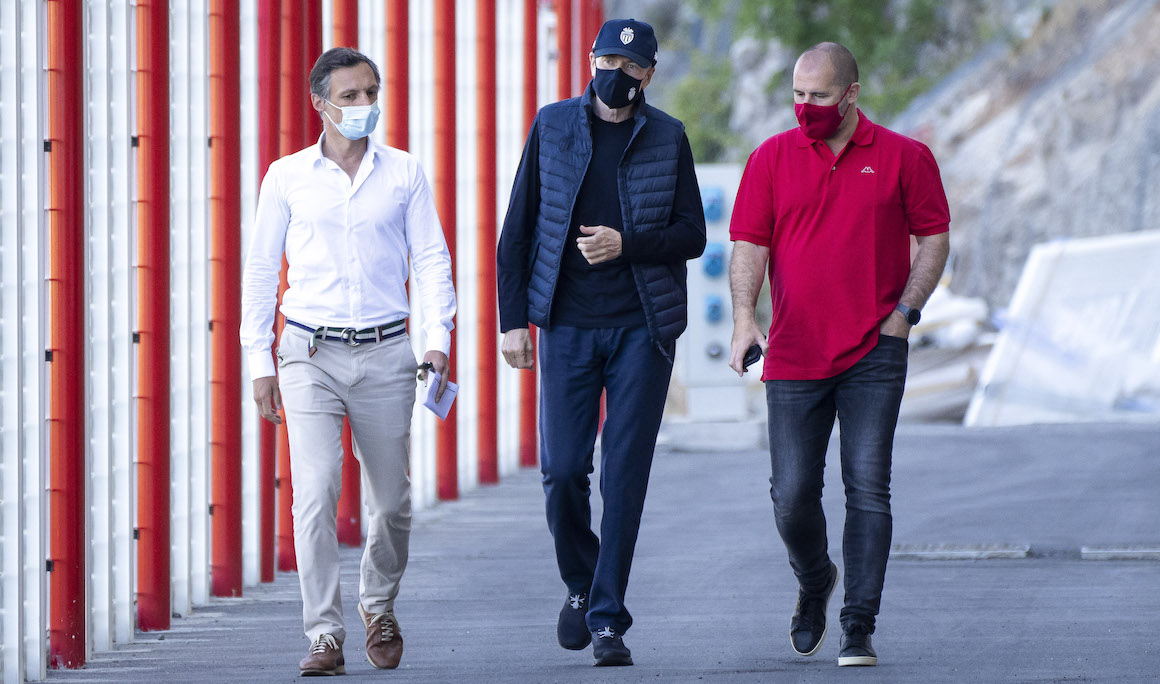 For this resumption of competitive play, Philippe Clement decided to start a different team in each half, in order to distribute the playing time as widely as possible. Félix Lemarechal started centrally, while Anthony Musaba played alongside Kevin Volland.

A beauty from Musaba to break the deadlock

The start of the game was very lively, with a first attempt by Aleksandr Golovin (8′) saved by Thomas Didillon. There was an immediate reaction from Cercle, who proved dangerous on a run by Mikail Maden, which was stopped by Vanderson (9′). The deadlock was finally broken on an attack by the Monegasques. Former Bruges player Anthony Musaba (31 games, 6 goals and 3 assists in 2020-2021), found the net with a very nice curled shot after a few pieces of skill to get past the defence (1-0, 18′).

Also very impressive in midfield, Félix Lemarechal saw his shot stopped on the half hour mark (30′). Before half-time, Axel Disasi had a powerful header at a corner, well saved by the Cercle goalkeeper (39′). It was then Kevin Denkey’s turn to force the Monegasque captain into a big defensive block (41′). The second half then started with two completely new teams. The youngster Okou and Marcelin started in central defence, while a trio of Geubbels, Ayiah and Efekele started up front.

A strong reaction from the Groen-Zwart

Cercle Bruges, very rejuvenated, came back out for the second half with attacking intentions. Louis Torres, trained at the Academy and currently in preseason with the Groen-Zwart, impressed with a free kick (57th). Then it was young Aske Sampers who played on a header that Wolf Ackx could not get on target (65′). The Monegasque response was immediate, though, and it was offered by Willem Geubbels, whose powerful shot was blocked by Warleson, who then prevented Malamine Efekele from doubling the lead (67′). The game then settled into long spells of possession which did not lead to real opportunities.

We would have to wait until the last ten minutes to see the match really liven up, as Radoslaw Majecki made three classy saves. The first was of a superb dive to keep out a header by the Monegasque U-19 player Enzo Couto (84′), before he then saved in quick succession against Wolf Ackx and Xander Martle (85′). There was also a final attempt by Aske Sampers, but it drifted wide, and did not change the outcome of the match (92′).

AS Monaco thus beat Cercle Bruges by the narrowest of margins, to get their campaign of friendlies off to a good start. Their next match comes against the Swiss side Saint-Gallen next Wednesday at La Turbie (6 p.m.).