After leading for a long time thanks to a superb finish from Wissam Ben Yedder, the Rouge et Blanc were pegged back by Ferencváros in the last quarter of an hour (1-1). They still retain their chances of reaching the knockout stages of the Europa League.

What a pity… The AS Monaco players failed to maintain a one-goal lead against Ferencváros on Thursday, and left Hungary with a draw (1-1), which will force them to win next Thursday to reach the knockout stages of the Europa League. To reverse a defeat suffered in the reverse fixture, Philippe Clement decides to line up in a 3-1-4-2, with Mohamed Camara positioned in front of the defense and the duo of Yedderland in attack. 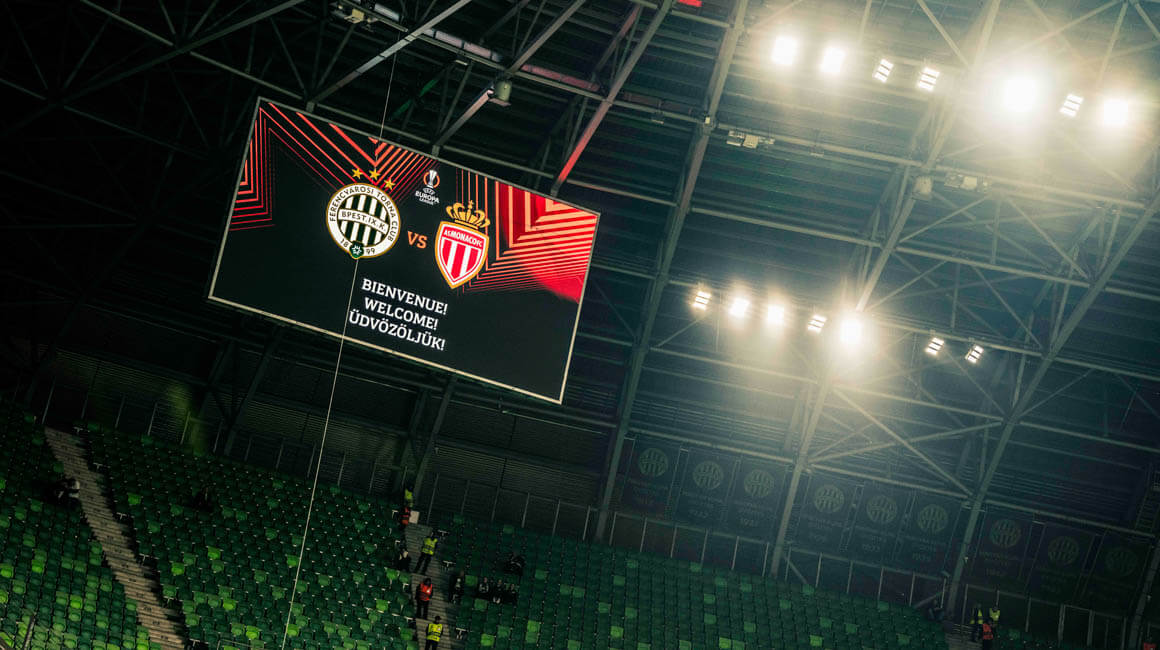 A moment of inspiration from Captain’ Wiss!

The two leaders of the Monegasque attack did not take long to make their mark. Wissam Ben Yedder look to have scored an strong early goal, which was soon disallowed for offside (4′). Following on, Kevin Volland saw his cross pushed back after being volleyed by the Monegasque captain, who unfortunately hit the woodwork (5′)! What a shame…

It was very lively at the Groupama Arena, where more than 200 Rouge et Blanc supporters had made the trip to Hungary. The battles are fierce, and the two teams were struggling to create chances. Aleksandr Golovin missed the target from range (29′). But on a very good ball from Axel Disasi on the right flank, he would find Wissam Ben Yedder, who finished with a magnificent madjer to give us the lead (0-1, 31′)!

Ferencváros come back into the match

It was an incredible goal from our number 10, his 82nd career with AS Monaco, one behind Radamel Falcao. It was his eighth goal in the last eight matches for Philippe Clement’s side. In any case, we were mastering the match perfectly, even if Kristoffer Zachariassen had given a nervy moment for the Monegasque fans with a header smashed off the post of Alexander Nübel (45 + 2′). But the interval came with a one-goal advantage.

In the second period, Ferencváros returned with more offensive intentions, including a curled shot from Ryan Mmaee (52′). Then, came a chance on the break by substitute Marquinhos (53′), before Aïssa Laïdouni had a dangerous header (58′) before Aleksandr Golovin had an effort on a cross from Youssouf Fofana (63′). 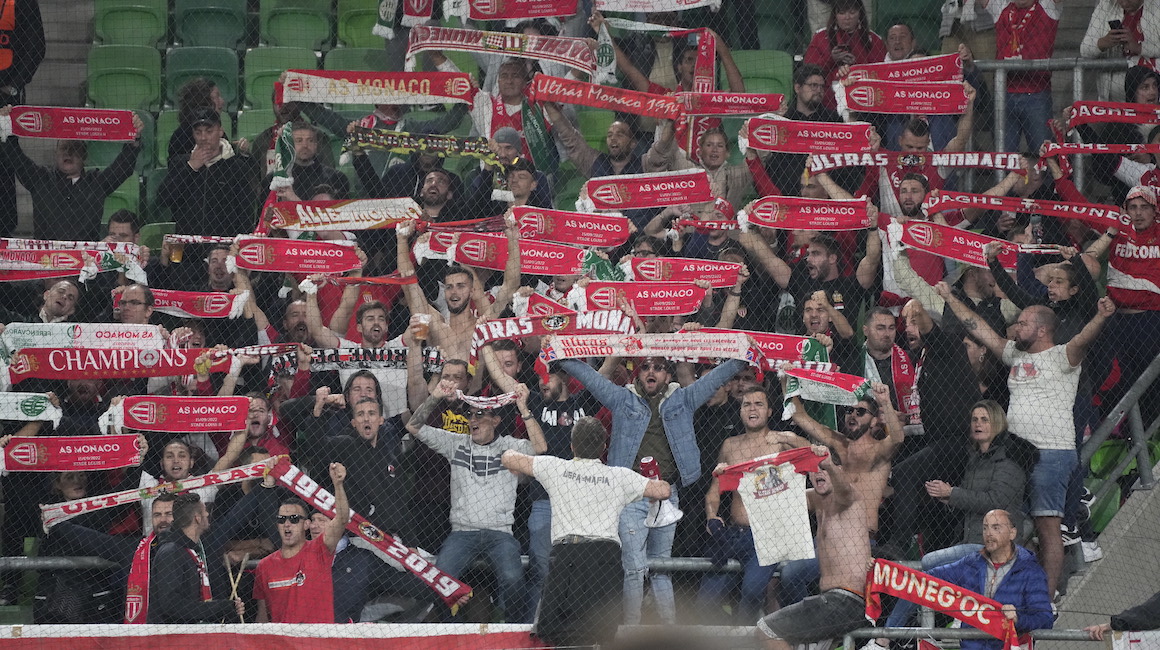 But it was Kevin Volland who gave himself the best opportunity on a free kick from the Tsar, played on by Axel Disasi (67′). Unfortunately the German did not manage to finish from close range, but Ryan Mmaee would force Alex Nübel to intervene on the counter (67′). There was also no success for Tokmac Nguen, who had just come on.

A cruel twist late on

Unfortunately, from in front of the Monegasque goal,  he would find Kristoffer Zachariassen in space, levelled from close range (1-1, 81′). It was a terrible blow for the Rouge et Blanc, who had controlled the game. Pushing for a late winner, Jean Lucas fired a late strike which passed just above the Hungarian goal (90′).

There was then a late free kick from Golo’, but Guillermo Maripán missed the target (90 + 4′). The match was over, and AS Monaco held on to second place in Group H, but will have to win against Belgrade next Thursday (6:45 p.m.) to hope to play in the round of 16 of the competition.

It ends all square – frustrating that we couldn't hold on for the win, but victory at home to @crvenazvezda_en in our final group game will see us through.