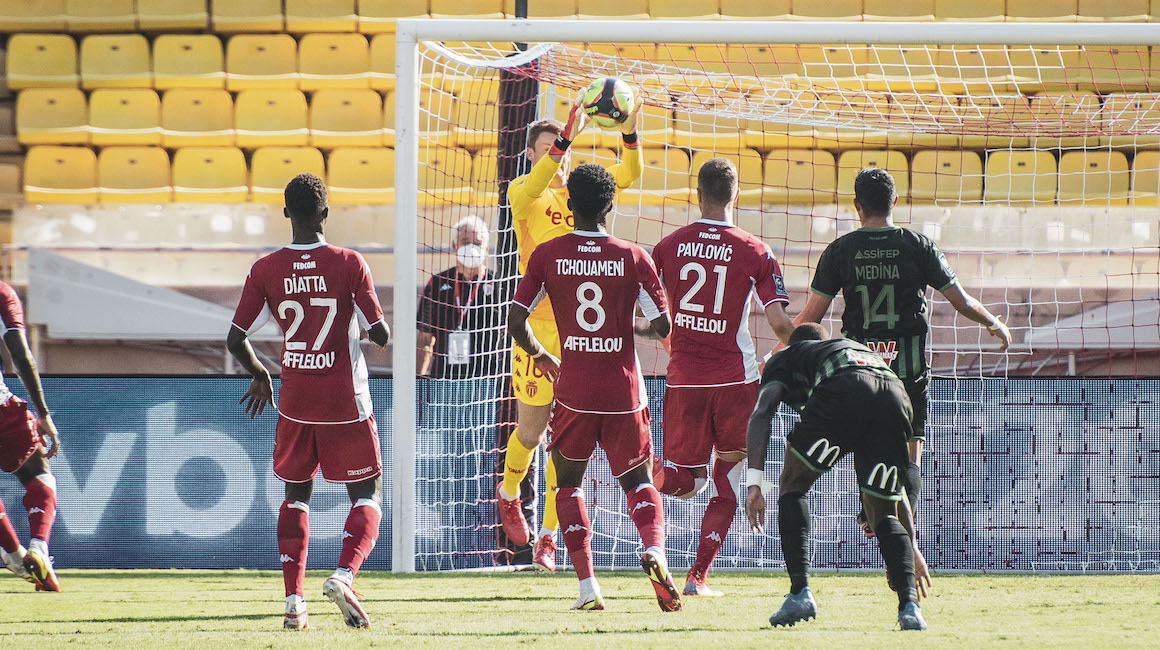 Thierry Henry de retour au Stade Louis-II
The Rouge et Blanc were beaten by RC Lens (2-0) on Saturday at the Stade Louis-II, during the third round of Ligue 1. It is now time to focus on the return leg of the Champions League playoffs against Shakhtar Donetsk, set for Wednesday in Ukraine.

The match between AS Monaco and RC Lens, played this Saturday at the Stade Louis-II, was the opportunity for the two teams to get their first win of the season in Ligue 1. Unfortunately for the Rouge et Blanc, the win ended up being for the visitors, who made the difference in the second half on the third matchday of Ligue 1.

In an oppressive heat and against a Lens side who were aggressive in their pressing, Niko Kovac’s men struggled during the first 45 minutes, notably conceding a huge chance on a header from Ignatius Ganago (17′). Despite this delay in getting going, the Rouge et Blanc remained solid and could even have opened the scoring before the break, but Aleksandr Golovin was unable to poke home a fine low cross from Wissam Ben Yedder (41′).

Both sides finish with ten men

Building on the momentum of the first period, the Northerner side would however open the scoring after the break, on a powerful strike from Ignatius Ganago (51′), but were quickly reduced to ten men after an ugly foul by Cheick Doucouré on Krépin Diatta, who would be forced off (61′).

Throwing all their attackers on, hoping to equalize, the Monegasques laid siege to Lens’ goal during the last half hour, without, however finding the necessary result, including a goalmouth scramble (73′) and  a superb strike from Caio Henrique cleared by Jean-Louis Leca (74′). They also would end the game with ten after a wild tackle by Aleksandr Golovin (86′) and even conceded a second goal from Simon Banza on the counter in stoppage time (90 + 4′).

Looking ahead to Shakhtar Donetsk

Niko Kovac’s players now will have to turn their minds to Wednesday and their trip to Kharkiv to face Shakhtar Donetsk, in the return leg of the Champions League, needing to overturn the result from the first leg (a 1-0 defeat at Louis-II) and to qualify for the group stage of the most prestigious of all club competitions.