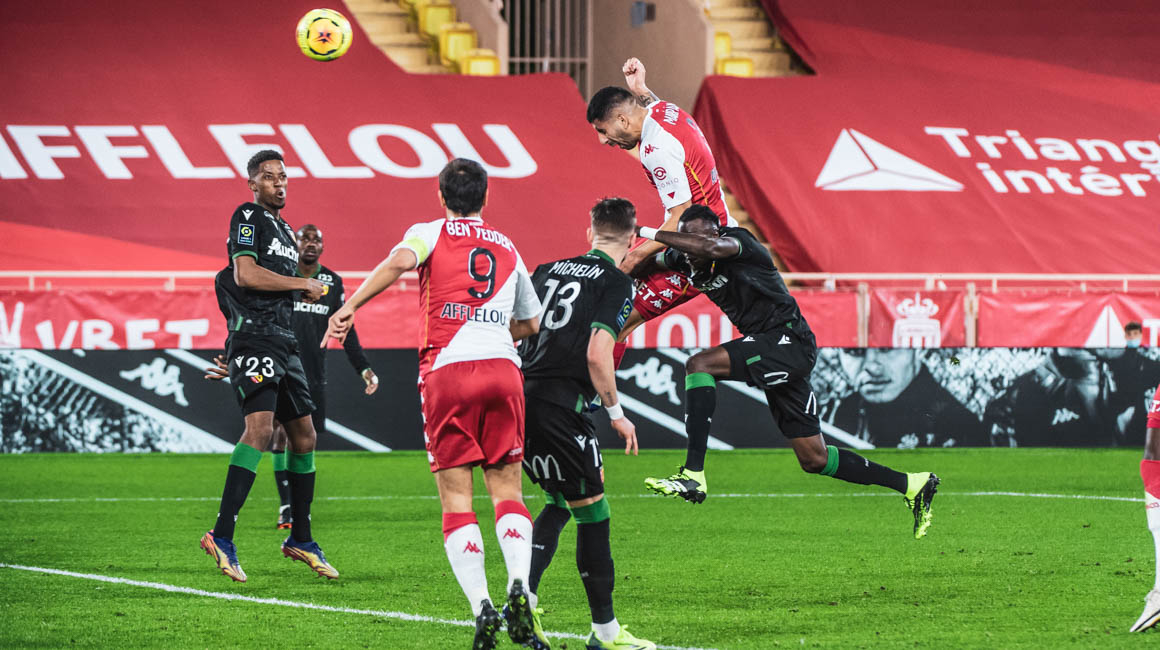 At the end of a challenging match, the Rouge et Blanc lost for the first time this season at the Stade Louis-II against Racing Club de Lens (3-0).

Four days after their trip to Marseille, Niko Kovac decided to alter his starting XI slightly. There was an opportunity for Fodé Ballo-Touré to start at left back, while Guillermo Maripán took a place in the centre of defence. Unfortunately, like against OM, the Red and Whites conceded an early goal after a superb bit of play from Lens. 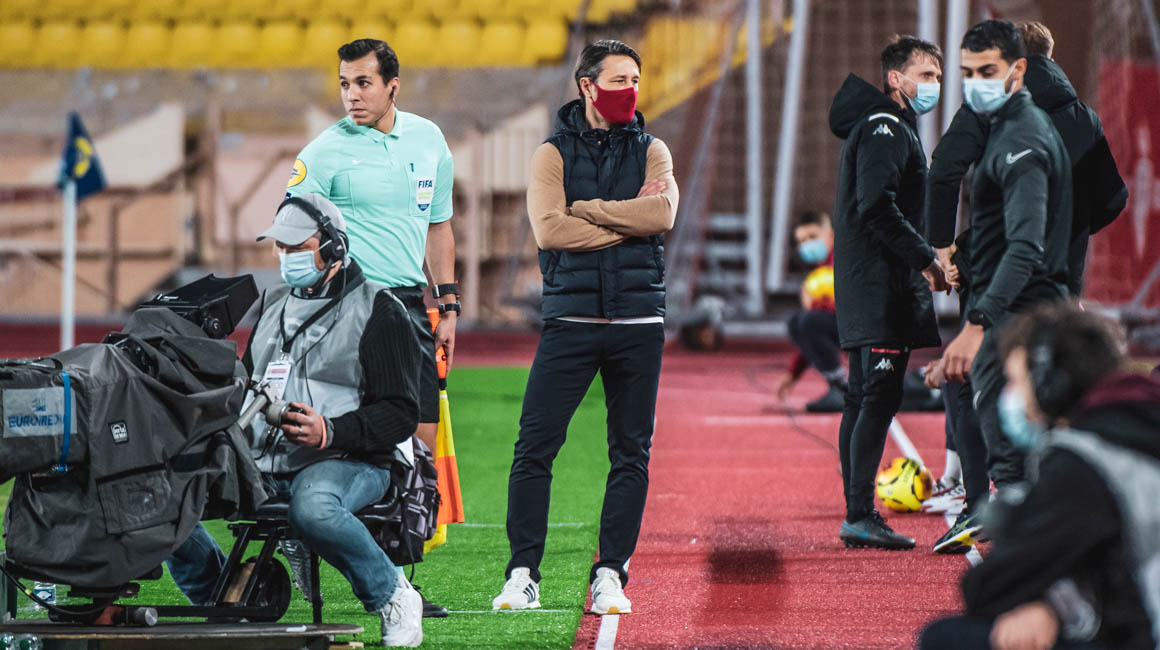 A sending off which stings

After a very good counterattack on the right flank, Clément Michelin found his fellow wingback, Issiaga Sylla, who only had to finish into an empty goal (1-0, 1′). The two wide players in the northerners’ 3-5-2 had taken just 35 seconds to put RC Lens in front. AS Monaco reacted first through Kevin Volland, whose volley was slightly off target (7′). Then Niko Kovac’s men tried again to level the score on a corner from Ruben Aguilar, which saw Guillermo Maripán crash a header off the crossbar of Jean-Louis Leca (14′).

A few minutes of frenzied action followed with a false penalty intially whistled by the referee, who changed his mind after consulting VAR. On the action in question, however, Gelson Martins seemed to have been fouled by Gradit (16′). The VAR would again have a role to play a little later. A tackle by Guillermo Maripán seemed borderline on Ignatius Ganago, but did not result in a penalty. It was, however ultimately Axel Disasi who was guilty of a foul, and having been the last defender, he was given a direct red card by Mr. Schneider, who this time was sure of himself (23′). 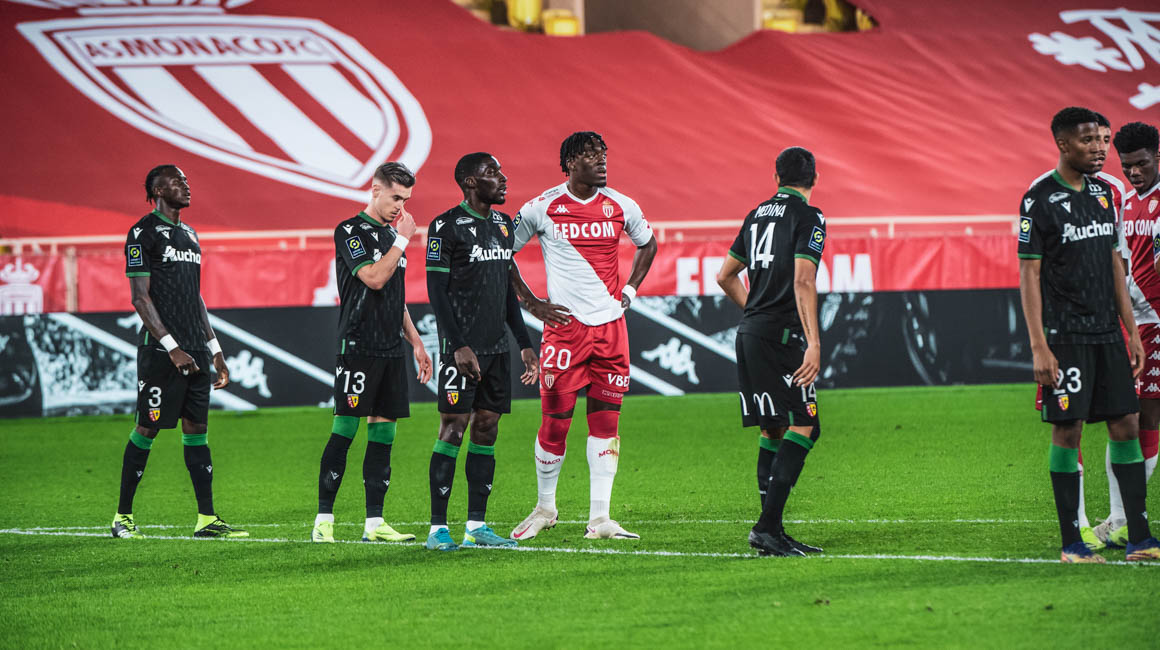 A big deficit at halftime

We had only reached the 23rd minute of play, and AS Monaco would have to play more than an hour with ten against eleven. With their newfound numerical superiority, the Lensois take the opportunity to double the lead on a cross from Clément Michelin finished after a deflection by Simon Banza (2-0, 34′). Five minutes later, Gaël Kakuta came up the field and scored after a one-two with Fofana (3-0, 39′). The two teams ended the first half on these terms at half-time. Niko Kovac therefore decided to take off Wissam Ben Yedder and Kevin Volland and brought on Eliot Matazo and Djibril Sidibé.

It was Ruben Aguilar who inherited the captain’s armband in this second half. The Monegasques tried a few attacks, in particular through Youssouf Fofana, who gave himself two shooting chances in quick succession (54′ and 56′), unfortunately without success. The two coaches then took the opportunity to rotate their teams, who were playing their third match in ten days, but the second period turned out to be quite dull. Come the end of the match, AS Monaco had lost on the 15th Matchday of the Ligue 1 season. The Monegasques will quickly have the opportunity to bounce back, though, as they will travel to Dijon this Sunday. 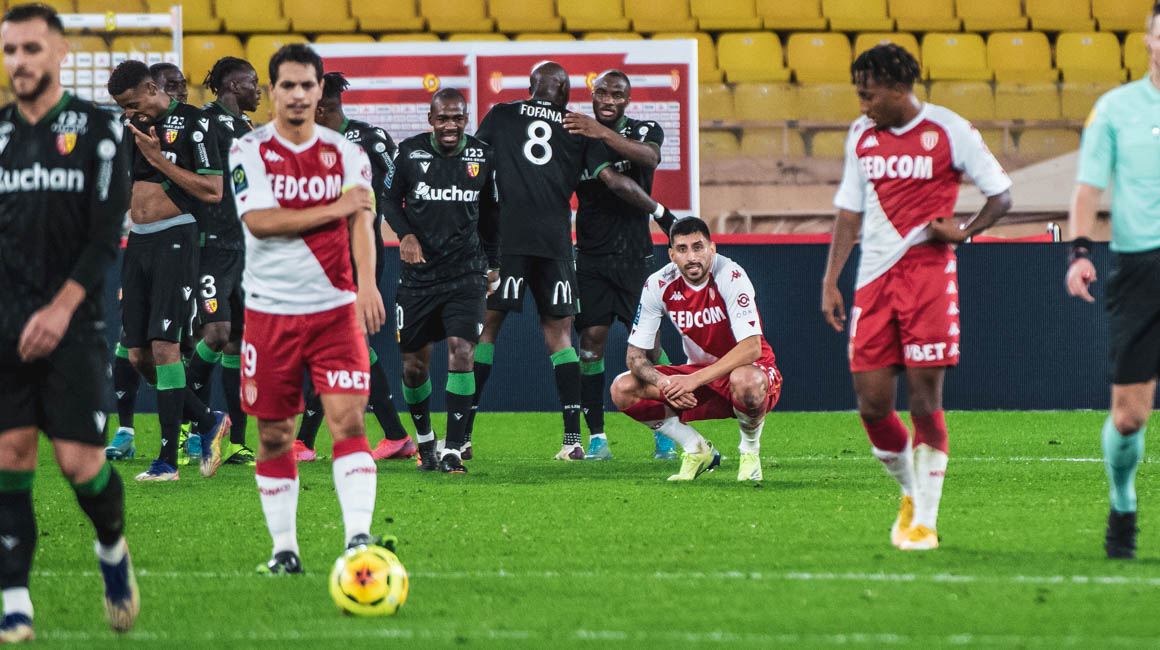