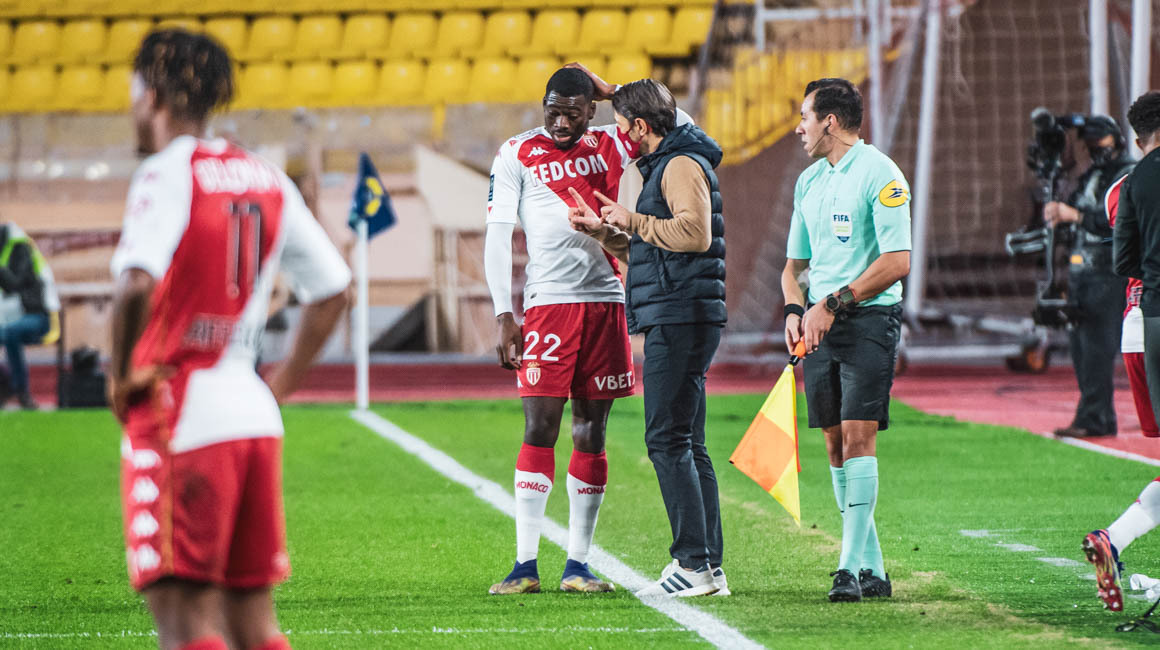 AS Monaco fall to RC Lens
The AS Monaco boss was obviously disappointed with his side's performance after the loss to Racing Club de Lens at the Stade Louis-II.

After a first half marked by the sending off of Axel Disasi, the Lensois made good on their numerical advantage to win this match against AS Monaco at the Stade Louis-II (0-3). After going behind in the first minute, the Monegasques had  several good chances to get their own opener. At the end of this first defeat of the seaosn at home, Niko Kovac gave his usual post-match press conference. 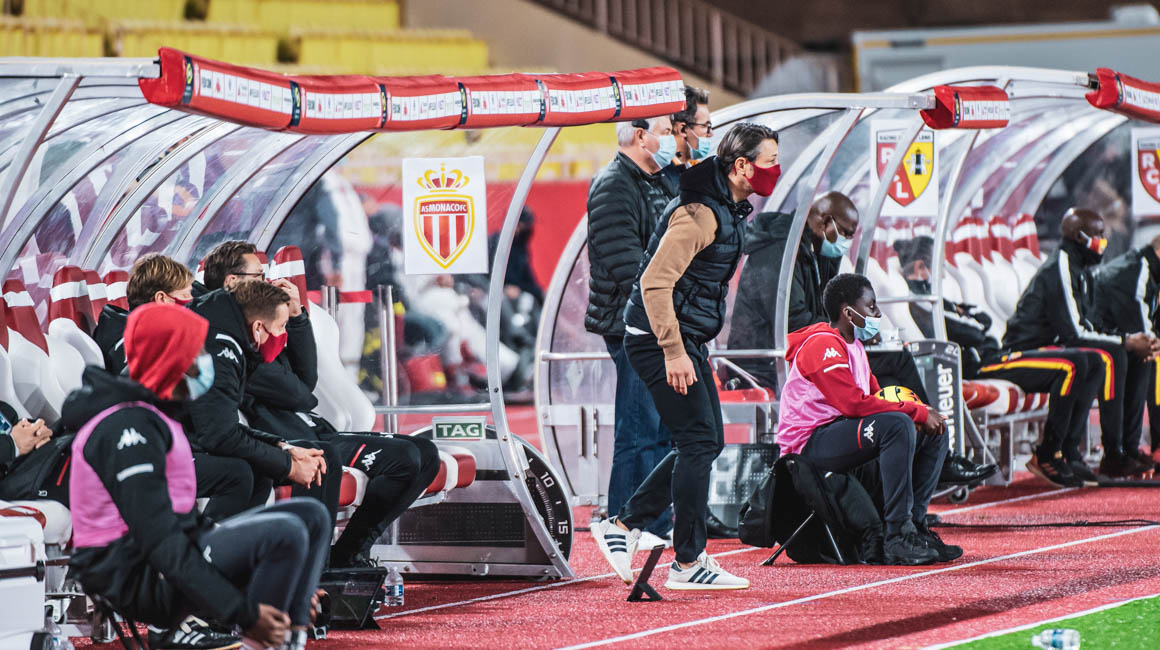 What is the predominant feeling after this match?

We can talk about a lot of things. We didn’t put thing together correctly. We conceded a goal quickly and the red card complicated our task. It was very difficult to come back playing a man down. We are disappointed but another game is coming quickly. We have to catch up and bounce back on Sunday against Dijon.

Do you think individual errors sealed the match?

I don’t think we just lost because of individual mistakes, that’s the whole thing. We made mistakes, and the red card didn’t help, that’s obvious. As I said before, Ligue 1 is a good league where every mistake can hurt. We knew Lens are a great team, capable of punishing us.

Were you surprised by this Lens team?

No, we knew their way of playing. We’d analyzed them on video. They are a very good team that knows how to win away from home. The team is very well organized and it shows on the pitch. Everyone works together, this is the key to success.

When we are behind we overthink things and we get away from playing instinctively a little. We must forget this match and play on Sunday like we've done in our previous outings. They did not become afraid to play soccer overnight. We all have to work together to get ahead and play with confidence.
Niko KovacManager, AS Monaco 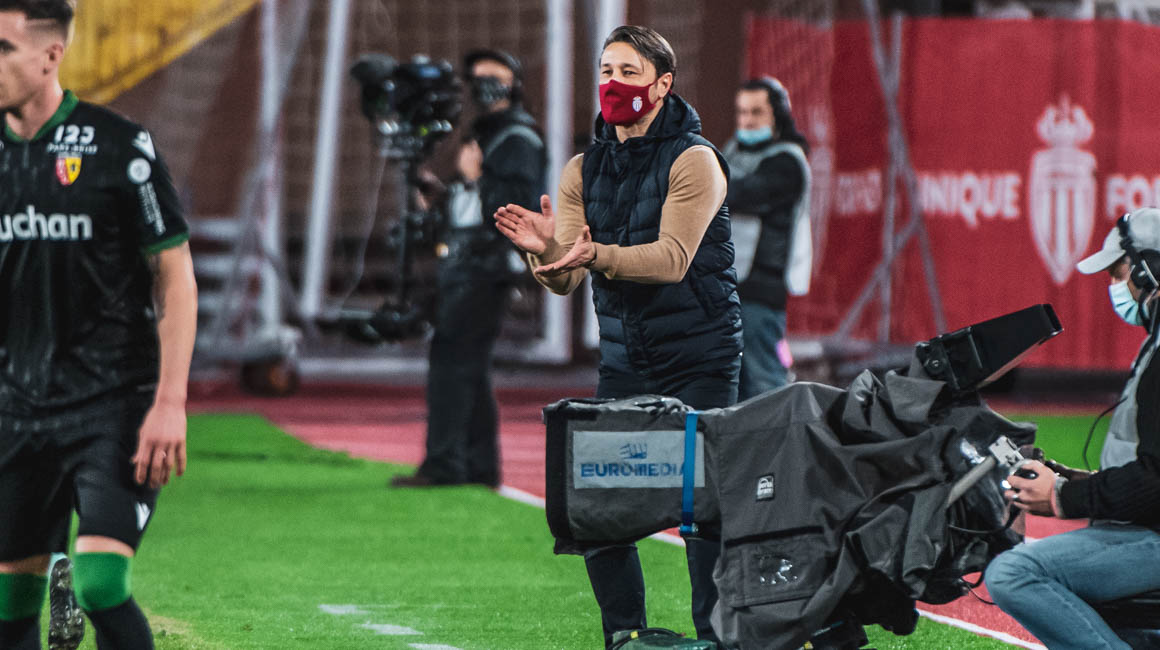 Do you think your players are less confident than before?

No, I wouldn’t say that. Just because we lost the last two games doesn’t mean it affects us. We had won four in a row just before. We are aware of our qualities. When we are behind we overthink things and we get away from playing instinctively a little. We must forget this match and play on Sunday like we’ve done in our previous outings. They did not become afraid to play soccer overnight. We all have to work together to get ahead and play with confidence.

Everything is fine despite having taken a knock. He was scared at the time because his knee locked, but the doctor was reassuring. I spoke with him and he told me he would be fit for Sunday.

Should Monaco think differently about its ambitions?

I said we had to win three of the last four games in order to be near the top of the table. We will now have to go and win the last two games. Ligue 1 is very tough, you just have to see the results of Lyon and Marseille who drew against Brest and lost to Rennes. It’s not easy for everyone. AS Monaco are a good team, the proof is the four victories in a row before this recent dip in form. We need to reduce our margin of error to aim higher. Hard work brings success, so we know what we have to do.

What did you tell the team at half-time?

We knew that with eleven against eleven it would have been possible to come back. Unfortunately it was difficult with the red card. So I wanted to save Wissam Ben Yedder and Kevin Volland for Sunday’s game. We have to look ahead and think about the game against Dijon. We had better control in the second half, where we created chances against Racing Club de Lens. 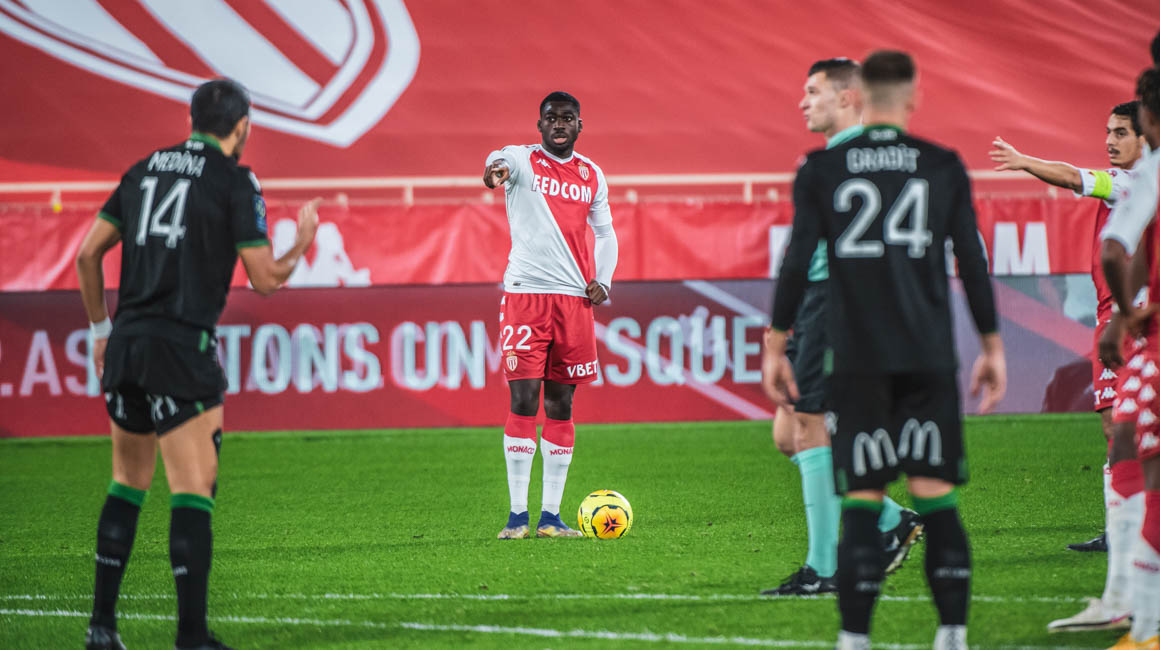 What is your feeling after this defeat?

Above all, disappointment and frustration. There has to be an element of looking ourselves in the mirror, that’s for sure. We were a little slack, and I think that happens to all the teams in a league. We’re going to bounce back, I’m sure.

Are individual mistakes wearing on the team?

Wearing is a big word. We’re trying to work on it. It’s hard to think it’s individual mistakes that get us in trouble, but there are eleven of us. We must be able to make up for the mistakes of others. We are a team and we must be united.

Your start to the match conditioned the result …

At the start of the season, it is true that the start of the matches has been a challenge for us. The last two games were against Lille and Marseille, who are big teams in our league, with a lot of experience. Tonight against Lens, we had chances at 1-0 and if we had stayed at eleven v eleven, I think the result would not have been the same at the final whistle.