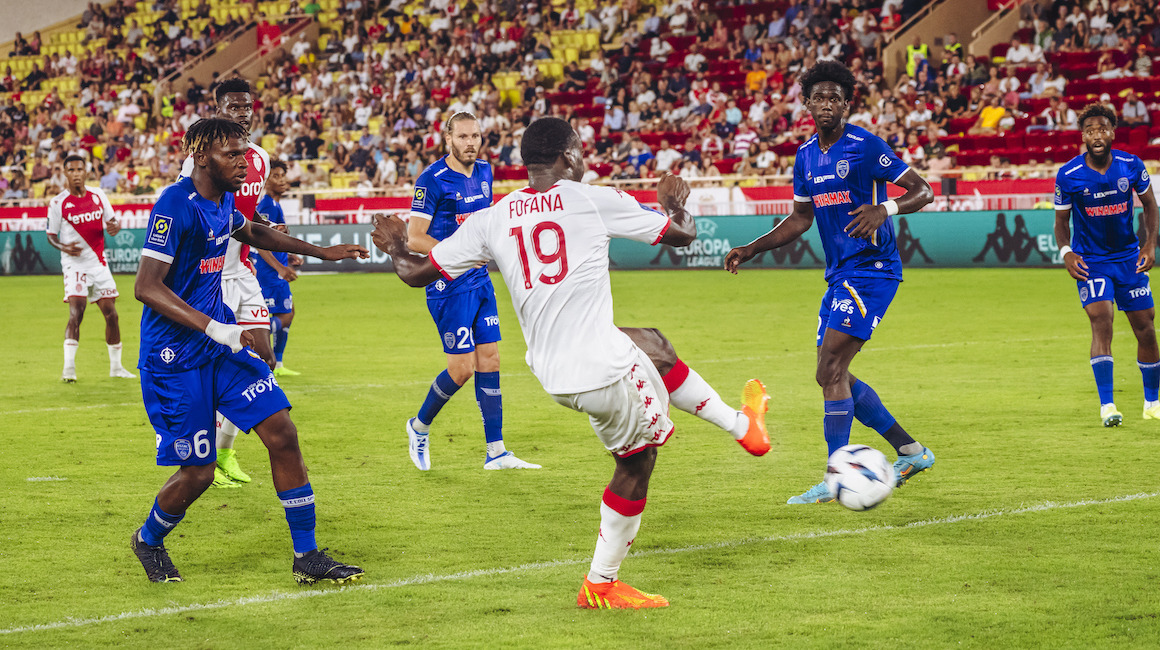 Reduced to ten men shortly before the break, the Rouge et Blanc lost to Troyes, 4-2 at the Stade Louis-II.

After being down a man for a half, AS Monaco lost to ESTAC as part of the fifth round of Ligue 1. At the start of this match, Philippe Clement decided to set up the same tactical system as he had against Paris, three days earlier: a 3-5-2, with a first start for Malang Sarr. Vanderson, Ismail Jakobs, Takumi Minamino and Breel Embolo returned to the starting XI.

A big header from Memo

The Swiss striker immediately would stand out. On a cross from Wissam Ben Yedder to the far post, he is was a little short of finishing perfectly and his shot was over the bar (3′). After an excellent start to the match, the Monegasques were finally rewarded in the 10th minute by Guillermo Maripán, with a header from a corner. It was his first Ligue 1 goal this season and Takumi Minamino’s first assist in his new colours.

Ahead quickly, As Monaco were unfortunately pegged back only 13 minutes later on a penalty  won and converted by Florent Tardieu (23′). Not helped by the facts of the game, the Rouge et Blanc were then reduced to ten men, following the sending off of Guillermo Maripán, who received a second yellow card for a loose elbow. 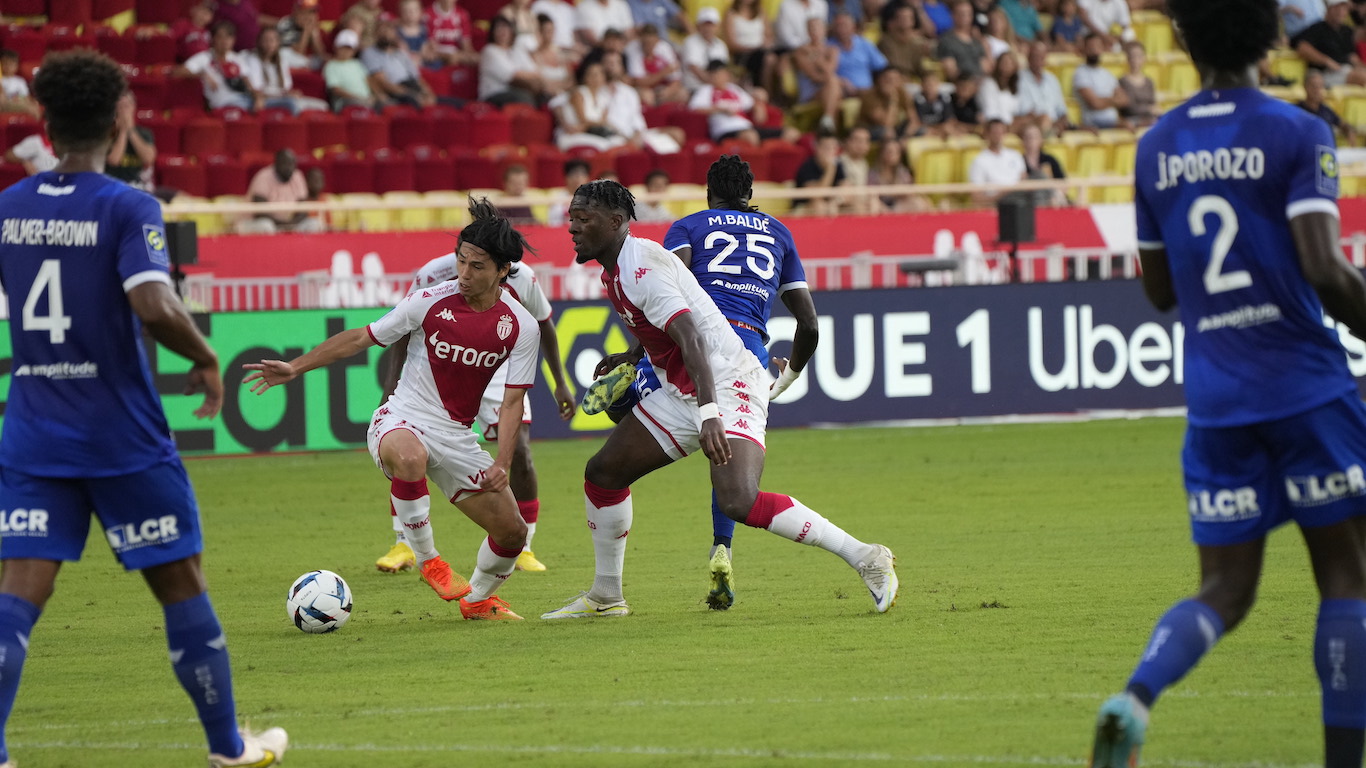 This red card would cause a lot of harm to AS Monaco, as they conceded two goals just before and after half-time, from Wilson Odobert (45 + 3rd) and Mama Baldé (49th). Despite this deficit in the score, Philippe Clement’s men continued to attack.

Aleksandr Golovin (54′) and then Mohamed Camara, twice (59′, 62′) were denied by Gauthier Gallon. However, the ESTAC goalkeeper couldn’t do anything with Youssouf Fofana’s point-blank shot, who finished from Axel Disasi’s knock-on at a corner (63′) — his first goal this season!

Bounce back in the Derby

Driving for an equaliser, the Rouge et Blanc then conceded another goal through Yoann Salmier (79′). They eventually would lose4-2 after playing a man down for a half. We will now have to bounce back in the Derby against Nice on Sunday (8:45 p.m.) at the Allianz Riviera.